From Agrima Joshua To Swara Bhasker, Why Is It So Easy To Troll And Threaten Women Who Speak Up?

Is it ever justified to shoot rape threats to a woman? Have we run out of laws to punish perpetrators? Or have we accepted these as normal and moved on?

Is it ever justified to shoot rape threats to a woman? Have we run out of laws to punish perpetrators? Or have we accepted these as normal and moved on?

Our history has time and again proven how it is a bane to be born a woman. The life of a woman in a patriarchal society is like a tottering cat living in a dog’s kennel.

A woman’s life on the internet is worse than being caught in a rat-race. She has to confront a great deal of unknown people in the virtual world. Now this doesn’t mean men are let off the hook from getting trolled. Social media is harsh on the men as well.

Why are women trolled so much?

However, people do not go to the extent of spouting vile and sexist remarks or make rape threats when men speak their minds. They are better off than women.

Why are women trolled in such a debauched manner? Given how women are equal to men, the disproportionate online trolling needs to be questioned. They also have the equal rights to speak up, yet are trolled relentlessly for it.

Be it online or offline, gender-based violence affects women irrespective of their financial and socio-economic status. We, often, assume that people in powerful positions are more protected against online hate.

But this is not true for women, even if they are well-off or influential. Around the time of elections, online abuses and hate speeches against women are the unwanted bonus strangling female politicians. This is often done even after their death.

Former external affairs minister, Sushma Swaraj, helped an interfaith couple in Uttar Pradesh get their passports in 2018. When this came to light, people openly asked her husband to beat her up. She has also been quoted saying that absolutely nobody with a strong political or social viewpoint that is not in line with a certain ideology can expect any immunity.

Another example would be that of comedian Agrima Joshua. A few months ago, a video of her speculating over the state government’s intention to construct a statue of Chhatrapati Shivaji in the Arabian Sea went viral. Her jokes were considered belittling  and enraged the Maratha King’s adherents.

As a result, social media witnessed collective emotional outburst. This went to the point that the Shiv Sena and Maharashtra’s State Minister Anil Deshmukh called for her arrest. An Instagram and YouTube influencer Shubham Mishra who has a number of followers even made a video where he threatened to rape her. Despite her apology for her jokes, similar threats continued to pop up on her social media.

Even if one’s religious sentiments are hurt, is it really justified to shoot out rape threats to a woman? Aren’t there any legal means to punish her? How do these steamrollers get away with the unpleasant guff they spit out? Have we really run out of laws to punish perpetrators? Or have we accepted these as normal and moved on?

Would we disregard these threats in the physical world too?

On the one hand, women themselves stand as villains to other women. And on the other, we have men roasting them according to their whims and fancies. No leaf is left unturned while attacking them. They even go to the extent of slandering them even borrowing evil characters from mythology, or point out their race, body type among others.

Threats are so perverted and dreadful they beg the question – how long is it just a threat? And would we disregard it were it made in a tangible world instead of the digital one?

Women’s sexuality is a matter of honour in the eyes of the society. Men are exceedingly aware that sexual abuse will always be the biggest whetted dagger to hurt women. Women are also considered physically weak compared to men, so it is taken for granted that women will simply endure all forms of torture meted out to them.

Nevertheless, we do have daring women like Padma Priya who identifies herself as Chennai Thamizhachi and had spoken about the EIA draft 2020. She raised plenty of questions against the government regarding the draft through a video.

When her video went viral she had to face innumerable personal attacks and political pressure due to which she was forced to take down the video. She gave a fitting reply to the spectators who completely lambasted her, questioned her credibility, education, political affiliation and even her personal life.

Should one have a PhD in a particular subject in order to voice out their opinions? If one talks about any political issue, why are they claimed to be in association with a political party?

Shouldn’t awareness be the only eligibility criteria for whoever wishes to express themselves? What is the relevance of democracy if only the literate and individuals with authority are given the privilege to talk? Additionally, why should a woman’s personal affairs be brought in when she speaks up in public? How has it anything to do with what she had said?

Despite laws, this bullying continues

Unfortunately, not all women are as resilient and dauntless as Padma Priya is. A great many women have reduced their online presence online due to abuse and harassment. It affects the decisions they make outside the digital sphere too!

Though, we have section 66E of the IT act, Section 354A, 354D,499 and 509 from the IPC, there still has been a tremendous increase in online trolling. It is very evident that India lacks dedicated laws against cyberbullying.

Most importantly, not all things that woman say are true. For instance, BJP MP Maneka Gandhi’s misguided tweet on animals being killed in Mallapuram and it being a Muslim-dominated district.

After this, social media was pouring out empathy about the death of the elephant in Kerala. However, it selectively muted itself when Safoora Zargar, a student from JNU who was pregnant and shoved in an over-crowded prison.

Why do they need to undergo character assassination too?

Remember, we really don’t have to tolerate or accept things just because it was proclaimed by a woman or a person of power. Be it a man or woman, both share the responsibility of conveying the truth to the masses. If they happen to go back on their word, we can find faults with what they say.

I feel rattled to ask why character assassination is the only way to chastise women in the public sphere? We all know how journalist Rana Ayyub, and the actor Swara Bhaskar face regular online threats from the saffron brigade.

As readers, listeners, viewers and commentators we have the absolute liberty to express our thoughts on what happened. We have all the right to criticise others if they are wrong but it cannot be done with disrespect and an intent to bash them.

Why not create a safe space for them?

If our intention is to express our views, they have to be based on rationality, logic and civilised language. Rather than targeting an individual’s claims we target the individual itself. That’s where we go wrong.

Let’s create a space for discussion rather than castigation. As civilised beings let us learn to express ourselves in a reasonable and an appropriate manner. I certainly think this would help create a safe e-haven for women. 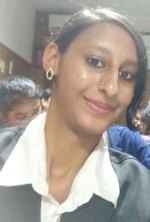 I'm a digital activist majoring in political science. I strongly feel about women and politics. I also write about ecological issues and affairs concerning international relations. I'm an author at the Womb and read more... 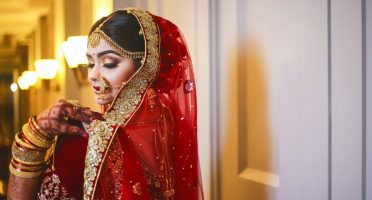 Will We Indian Women Ever Be Able To Shrug Off Marriage As A 'Necessity'?