Period Leave – A Step Towards Breaking The Taboo

While menstruation remains a hush-hush topic, should women be forced to work through period pain? Why is period leave a topic of debate? Read further to find out

While menstruation remains a hush-hush topic, should women be forced to work through period pain? Why is period leave a topic of debate? Read further to find out.

Menstruation- a taboo now & then

In most parts of India, menstruating women are kept in isolation, and not allowed to enter the kitchen, temples, or even sleep in their own bed, In historical times, when communal baths were a way of life, women were not allowed to use them during their period. However, it is continued even now though it’s illogical in the current situation.

Furthermore, this stigma has also compromised a woman’s chance to get a proper education. More than 30 percent of girls living in north India drop out of school when they start menstruating. Sounds crazy right? We cringe when we hear these things and call these people illiterate, uninformed, biased, prejudiced. We wonder why women have to go through this ordeal because of something that is biological and natural?

We wonder, what stops us from accepting periods and having open, honest and constructive conversations around them? Why should periods restrict a woman’s mobility or isolate her from leading a normal life? Why should women be looked down upon or stripped off opportunities because of periods?

But are these myths, misconceptions surrounding periods, limited to only villages or small towns? Are women in metros, cosmopolitan cities free from the stigma of periods? Are the educated, well informed city dwellers ready to accept menstruating women and see their problems with an open, unbiased mind?

Why is period leave a topic of debate?

Recently, Zomato announced period leaves for its female employees. This stirred a debate among professionals across sectors. While many applauded Zomato’s move, a huge group of people criticized it. Their opinion was that this will give women extra advantage for no reason. Why should they be allowed few more days of leave?

Let’s first understand, why period leaves? Medical experts say, around 80% of women experience period pain at some stage in their lifetime. Some suffer from period cramps from early teens till menopause. Most women experience some discomfort during menstruation, especially on the first day. In 5% to 10% of women across the globe, the pain is severe enough to disrupt their life.

In 40% of women, period pain is accompanied by premenstrual symptoms, such as bloating, tender breasts, swollen stomach, lack of concentration, mood swings, clumsiness and tiredness. If you google, you will find many researches/facts/anecdotes about women’s painful period experiences. It is a fact that many women undergo excruciating pain during this time. Ironically, men, at some point or the other have seen their own mothers, wives, sisters or daughters struggle due to menstrual pain.

Yet, they question the need for these leaves? This leads to another very important question; does experiencing period pain or expecting a leave during periods make women a weaker sex? Not fit enough to keep up with the pace of fast, competitive corporate life?

Menstruation is the most natural process in a woman’s biological build up and these problems come along with it. Hence, they cannot be brushed under the carpet. Why do we shy away from accepting that women are biologically different from men? By recognizing women’s problem, we are simply acknowledging their existence and the problems, they undergo every month.

In my opinion, menstrual leave is the need of the hour.  While it’s a pity that many women are also not in favour of this policy, it is because they feel it will prejudice employers against hiring women and lead to their alienation at work. But this mindset needs to change.

At work, the role of women, married, pregnant or mothers, have often come under scrutiny. Women across the world have gone out of their ways to prove people wrong, by doing exemplary work and breaking stereotypes. It is important to recognize some of the prejudices that the society has towards women, specifically about working women need to be busted.  Women should not be punished for the way their bodies function.

It is important to remind ourselves that when we talk about equality at workplace it means equality of all working conditions for men and women. Therefore, if a woman is not well during her monthly periods, why should she not be allowed to take a leave? It should not come under a sick leave, simply because period is not a sickness. Sick leaves should be saved for other health emergencies.

Yes, a policy like ‘period leaves’ will increase the number of leaves for women as compared to men at a work place but, is it unfair? Women’s experience of pain or emotions has been downplayed and seen as a sign of weakness. Many feel it is exaggerated. However, the question arises does a man go through what a woman does while she is menstruating? Why do they then get to decide if women should be given paid leaves or not? Is it also fair for men to pass a judgment about the credibility or worthiness of women employees just because they may take a day or two off in a month?

It also does not give any right to those women, who have painless periods, to talk on behalf of the others that ‘period leaves’ are not needed or irrelevant. Every female body is different from the other, their reaction during periods also wary. Hence, the choice should be given to each woman, whether or not she needs a leave. These leaves are not mandatory, so women who do not undergo pain or discomfort during their periods may choose not to avail them.

Is period leave only a recent development?

Period leaves are not a new concept; countries like Japan, South Korea, Indonesia, and Taiwan have been providing female employees with paid menstrual leave all the way back to World War II. Unfortunately, the amount of humiliation and shame that women had to undergo to avail these leaves, led to women to avoiding this privilege.

Back in India, girls’ school in Kerala had granted its students menstrual leave since 1912 and Bihar has had special leave for women for two days since 1992 called, ‘Special Casual Leave’.  How many girls are aware of this provision and actually availed it? Why this stigma around periods?

Let’s go back to basics, what is a ‘menstrual cycle’? – It is a natural change that occurs in female reproductive system, every month that makes pregnancy possible. Women give birth to a new life, in the process. This privilege is given only to woman, so women and periods should be celebrated.

Period and maternity leaves are rights of every woman. It is our responsibility to ensure equality by acknowledging the biological differences that exist between men and women. If the popular belief is that period leaves will create a hindrance in smooth functioning of work, here’s an example how responsible women can be towards their line of duty – https://indianexpress.com/article/lifestyle/health/female-health-workers-ppe-challenges-periods-coronavirus-6563136/ 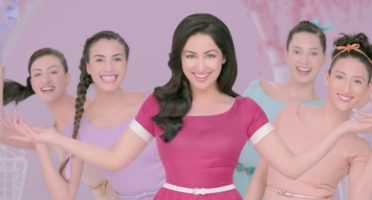 Fairness Creams May Change Their Un-'Fair' Names But Will They Change Our Mindsets? 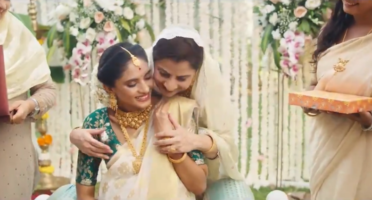