As A Mom, Will You Encourage Your Child To Be An Aspiring Actor?

With the recent controversies in the Indian film industry, any parent might be scared to allow their child to dream of becoming an actor, but is that right?

With the recent controversies in the Indian film industry, any parent might be scared to allow their child to dream of becoming an actor, but is that right?

Every child is very special and might be blessed with talent that nobody else is gifted with. Well, as a mother you understand your child the best. Their strengths, weakness, likes, dislikes, ambition and aspiration are never unknown to a mother/parent.

If your child shows traits of being a promising actor, or an extraordinary dancer right from their childhood, will you raise a bar to their aspiration?  Will you not motivate them to go ahead and make their career in acting or dancing?

Well, with the recent array of controversies happening in the Indian film industry, any parent might be scared of allowing their child to dream of becoming an actor/actress in a reputed industry. But, are we really putting a bar on their dreams or are we misunderstanding the industry as a whole because of a section of people who promoted a wrong culture?  Let’s  analyze some facts before we draw a conclusion.

Acting can be pursued only as a hereditary profession?

Well, I am not going very deep into the debate which the Indian media is running, but will point out the fact that it is largely only kids of successful actors who have actually been able to establish themselves. Yet, aren’t there exceptions? Look at the career graph of Ms. Madhuri Dixit, Mr. Amitabh Bachchan, Ms. Kangana Ranaut , Ms. Tapsee Pannu and many more who are first generation actors.

Now, when a struggling actor wants to compete for a role, her chances will be scarce as her parents are not known names in the industry. Isn’t it unfair that she is made to give up her dreams?  Every child has his/her struggles and with honesty and integrity can surely achieve their goal.

Never let your child get demotivated due to any situation. The situation will change for sure. Every person in the industry is not greedy or dishonest. Yes, they may be fewer as a, but there are people who provide them with a chance to show their talents. Allow your child to dream big.

An acting career is all about compromise?

Well, it’s often considered that without compromising on your values, there cannot be any career in acting. But, this idea is grotesquely wrong. Rather, people who compromise are actually stooping to a low bar in the industry.

Teach your child to protest instead of compromise. Talent is the foremost reason why people are chosen for a particular career. There cannot be any question of compromise. Rather, that is regarded as cheap and shortcut way to success. A child who shows promising acting or dancing skills from her childhood is definitely made for the larger stage, not just her school stage.

Do you agree? Teach him/ her to protest against any situation that leads to exploitation. She/ he might be the pioneer to show others the right path.

An acting career is all about late- night partying or leading an undisciplined life?

Networking parties are very important. Especially when a person is new to the industry, being acquainted with the producers or directors is essential. Socialising with eminent personalities is necessary in this profession, but that doesn’t mean they have a right to all of her/his life.  She can always choose to socialise but at the same time keep her distance from the new culture. In fact there are many instances, where actors have bagged  roles without attending many parties.

Ms.Vidya Balan is an example; she has said that she was never keen on attending parties, and yet successfully bagged important roles, and of course, was conferred with the National award. Partying till late night can always be a choice, and never a must. As a mother you should have confidence in your child, and teach her never to compromise on the fundamental ethics that she/he was taught since childhood.

Does it involve a high cost of maintaining standards?

I saw an interview of the past Miss Universe Ms Sushmita Sen, where she pointed out the fact that when she went for the beauty pageant competition, her family couldn’t afford a designer gown for her final round stage show.

I was floored by her honest confession and how she was humble enough to accept the fact she came from a very simple, middle class family. Her mother asked a tailor to stitch her dress and sewed a handmade floral design on her dress. Her black gloves were nothing but made from stockings she once owned.

Ms. Sen might not have been blessed with as privileged a background as her competitors, but she made it to the top with her calibre. Confidence is important, not just your background. I think every aspiring actor or a beauty pageant hopeful can take lessons from her story.

Family is the biggest source of support

However grown up your child might be, family is the greatest source of support. There can be no substitute of a family. She might grow up and be in touch with great personalities, or share the screen with renowned people, but at the end of the day, her family is her strength.

Since her colleagues are outsiders, and excessive partying or drinking can lead people in this industry to make bad choices, as a parent, you should observe her reactions and support her, keeping an eye at the choices she makes.

Creativity is the right of every talented child. No child should be barred from dreaming big. If there is something with a particular industry, that can be changed with collaborative effort. Be proud of your child’s achievements. Be proud of their dreams. Born in a democratic country, every child has the right to a better future and to dream bigger.

Image is a scene from the Hindi movie Taare Zameen Par 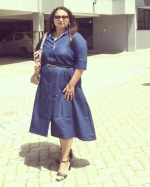 A mother of two boys, a wife, a daughter, daughter in law, and a writer by choice, that's what I define myself. I presently reside Kenya, as per the job preference of my husband, read more... 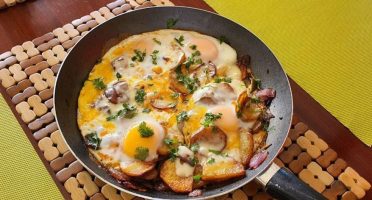 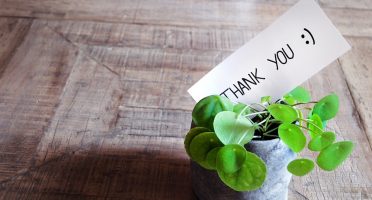 On Labour Day, A Big Shout Out To The True Sheroes Of COVID-19