In spite of the progress that we continue to make about gender and our efforts to look past the narrow binary, why is misgendering still a big issue?

In spite of the progress that we continue to make about gender and our efforts to look past the narrow binary, why is misgendering still a big issue?

The Hindustan Times recently reported the death of a couple in Bhopal, Madhya Pradesh. An autopsy conducted on the wife revealed that she was not a cis woman, a fact family members were unaware of upon inquiry after the discovery.

They got married in 2012 and adopted a child two years after their wedding. The husband’s older brother went on to talk about how his brother was a big supporter of LGBTQ rights.

The misgendering of the woman

However, the woman’s biological gender plays into the discussion as the couple was referred to as ‘same-sex.’ Also how they seemingly ‘presented’ themselves to society as a heterosexual couple.

The woman’s biologically assigned sex was assumed to be her true gender in this case without much regard to the fact that she had transitioned. Or that she used to identify as a woman before her death.

With the ongoing pushback against trans rights in a number of countries, I believe that these discussions grow all the more pertinent today. The positive response and reception of Alok Vaid Menon’s pocketbook, Beyond the Gender Binary has been groundbreaking.

Over the past few months has greatly shaped and moulded the discourse that we are meant to have on this topic. Especially when it comes to understanding trans activism and the narrow-minded gender binary.

In order to come away from these primitive and patriarchal notions of the binary, it is important to understand the gender-critical foundations behind pronouns.

The big problem of Misgendering

This news story is not a single removed incident but is a lens into the entrenched misgendering problem. One would think the decriminalisation of Section 377 of the Indian Penal Code may have helped society progress in the way they viewed gender and fluidity.

Some of the biggest hurdles in addressing these issues still remain society’s indifference and bluntness in understanding gender. This incident also proves how we continue to view gender identity solely through an individual’s biologically assigned gender at birth.

We are quick to shun the very idea of gender fluidity when we continue to have heteronormative mindsets and biases. In Indian society, where we are so used to using gendered pronouns, we still continue to lack the knowledge and awareness about gender issues.

For example, from the onset of reading the title of this report, for instance, readers are already inclined to believe that the two individuals in question were a ‘same-sex’ couple in a ‘same-sex’ marriage simply because it was revealed that the wife was not biologically born a woman.

Looking beyond the gender binary

A lot of nonbinary and trans individuals face gender dysphoria when they come out or transition. Misgendering may often further aggravate this condition and can lead to detrimental impacts on one’s mental health, behaviors, and self-image. A llarge proportion of trans and gender-nonconforming people, in particular, are unable to socially express their identities, often due to societal stigmas.

Moreover, we often perceive gender fluidity through a narrow-minded lens as it is. We expect that gender conflicts and dysphoria are internalized and manifested in a specific way. People have different ways of existing in their skins and expressing their identities, be it socially transitioning, coming out, sex change or gender reassignment surgery, cross-dressing, to name only a few.

It is only in recent times that we have finally started to understand the importance of pronouns and the right to respect a person’s preferences when it comes to the way they are identified and addressed. The usage of the ‘They’ pronoun has become a rallying cry for furthering our knowledge and looking beyond the gender binary and the way we address nonbinary individuals who do not subscribe to it.

We need discussions on the broader spectrum of gender

Nowadays, something as simple as asking an individual for their preferred pronouns along with can go a long way. It can also be an action as small as taking the extra time and effort to remember them and stick by them during our interactions. This can help create a safe space and is an indicator of solidarity and respect. A lot of people are also using their preferred pronouns in their social media account bios as well as email signatures.

This news story imparts that rather than focusing on her biological gender, the conversation should be shifted to the broader discussion about gender. And by extension, the rights of trans individuals in our community.

Effective ally-ship in these issues goes beyond selective and performative activism. It extends to committing ourselves to lifelong awareness, education, and reflection. This is important when it comes to moving beyond the gender binary and patriarchal notions of both manhood and womanhood and understanding different lived experiences. 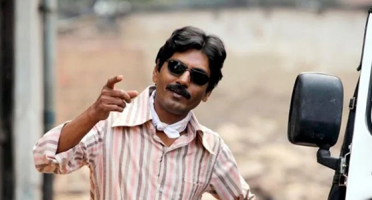