Here’s Why I Came Out Publicly As A Proud Gender Fluid, Bisexual, & Brown Scientist In The US

I recently came out publicly on Facebook as a gender fluid, bisexual person because I feel my social privilege will help others have the courage to come out and for their dear ones to accept them as they are.

I recently came out publicly on Facebook as a gender fluid, bisexual person because I feel my social privilege will help others have the courage to come out and for their dear ones to accept them as they are.

I am a bisexual woman, in an academic profession of my choice, and have a certain level of privilege that makes it easy for me to be open about my sexuality. I have made things public because I have seen the suffering that those who cannot come out face. Especiallymight not have support among those they are close to, like family and friends. It is because there is this perception that those who are, like me, from the queer community are not serious about their lives, carrers, and are a problem for the Indian community.

I therefore made a public statement about being bisexual, so that those with lesser privilege than me could hold me up as an example, that it does not get in the way of being an achiever and a respected, upstanding member of society who contributes to its wellbeing.

I don’t think my mom understands it. But she understands me enough to stay away and not be negative. In my extended family (you know how Indian families are) and neighbours they call me all sorts of names. How else are they going to try to get me? That impacts my mother. However I still want to make to public because it’s a biological reality.

My mother also now doesn’t hide anything. You know, what I realize personally is that happiness is overrated. It’s peace we need. Acceptance/ approval/ science experiment – whatever gives us peace. Support from family just means one battle less, and does a lot to get the peace.

I like rational normalization. It’s easier for me to do from my position, so I use it! Also I never had any inhibition even in india. It came with a lot of abrasion in society of course, that’s not worth it sometimes. So I can understand why several of my friends are not out.

From middle school chemistry we all know liquids and gases are fluids which take the shape of a vessel that occupy! In a world that is more used to the Judeo-Christian-Islamic hetero-normative concept (that historically spread via colonialism), the idea of gender and sexual fluidity is often considered aberrant! As a bisexual human who never had to come out of a closet, (because I never was in one), I have come across several misunderstandings/ misgivings from people about gender and sexual fluidity. To me, all of these to some extent add illogical pressure and misinformation to every society.

So I thought I will explain the normalcy of fluidity of gender and sexuality from the perspective of someone who experiences both.

I have never always felt as a male or female. I never wanted to change my genitalia. I have always felt like a being with free will. I wear the pinkest of clothes, reddest of dresses, traditional-est of Indian attires, shiniest of nose rings, gaudiest of jewelry, have long hair, yet I behave like how a man usually behaves. I love myself and my body, I show off my legs, I expose my tattoos, I wear what I want to wear. But what I wear or how I behave does not change the fact that I neither feel like a man nor like a woman, and that is completely ‘normal’. I might be a statistical minority, but I’m not aberrant.

I hate sweets but love ice cream. I am rational and objective about science but emotional in relationships. I never keep quiet if I deem something to be unfair and I almost always get bored in social interactions and go missing. I love shooting guns in an arena but hate NRA lobby-ism. I am both a procrastinator and workaholic at same time…. we all are full of things that are seemingly contradictory and do not adhere to one definition. That is okay and normal.

Maybe my open declaration will not help anyone, maybe it will. I am not a rebel, I not not brave, I am not different (we all have been always part of the human society and need to be hidden due to social norms at times). I am not seeking anyone’s approval. I simply am un-apologetically myself – a brown, bisexual, curse word-loving, sarcastic human being who will definitely be stoned in several countries of the world (not the good kind of stoning for sure) and someone who is in love with viruses!

I have a pen as a tattoo, because I love to write. Professionally I am a scientist. Some clear logic, some blue thoughts, some scarlet sarcasm, some pink sword, some black satin- I like to read more... 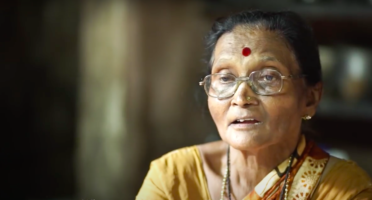 Stop Using The Derogatory Term 'Maid' Or 'Servant' For Women Who Make Your Life Easier! 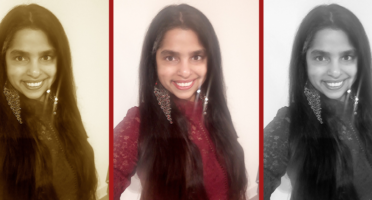 My Secret Of Good Hair And How I Maintain It