We need to focus on a resolute commitment to expose and uproot gender-based violence, sustained by skewed power relations between genders that helps rape culture thrive.

TW: Discussion of violence against women that could be triggering to survivors.

‘India in shock over 86-year-old grandmother’s rape’, read a headline on a news website a few days back. Yes, I had the same sickening feeling when the story suddenly appeared on my Facebook page.

Shocked, horrified, I read the story only to be exposed further to the ghoulish face of a toxic, powerful masculinity. I felt that the bruises were not on the body and face of the old lady, but on our very conscience. We have clearly failed miserably in undoing the patriarchal norms and structure that sustain masculine violence. Bodies identified as female, irrespective of age, class, faith, anything, are routinely violated.

Why is this happening?

In this context, the recent COVID-19 lockdown induced global spike in domestic violence offered an explanation. The uptick in domestic abuse made headlines initially. Many reports and commentaries were churned out, highlighting how women were grappling with the growing threat of physical, sexual, and emotional abuse in an allegedly safer place for them – home.

Trying circumstances engendered by the spread of the novel coronavirus and ensuing lockdown invariably featured as the drivers behind the surge in domestic violence. Rather, the growth in domestic violence should have been consistently linked to the entrenched patriarchal norms of power and control associated with gender-based violence.

Isn’t this too because of rape culture?

The appalling rise in lockdown induced domestic abuse presented a glimpse of the everyday lived experiences of many women reeling under the effects of patriarchal masculinity.

Restrictions on mobility, financial strain, increased amount of domestic work, fear and frustration over the uncertainty of the future are concerns that affect all genders. But these concerns, which are heightened by the pandemic, of course, were exploited mostly by men to vent their frustration on women’s bodies. The situation, once again, exposed the impunity with which masculine violence is exercised.

And an 86 year old woman…how can anyone do this?

This time, the body of an octogenarian was the victim of masculine violence. Many hearts reportedly bled, and went out to the poor old woman. Many poured curses on the abuser and prayed that he rot in hell.

But what is seriously needed is an unflinching commitment to expose how gender-based violence is sustained by the deep-seated imbalance in the gender-based power relations. This imbalance, in turn, pivots on the patriarchal norm of masculine superiority, which entitled men to power and control over women.

The abusive exercise of power manifests itself in the gender-based violence on a day-to-day basis – in sexual harassments, rapes, honour killings, in the use of force to discipline women into performing their domestic and reproductive tasks and so forth. It is barely different among women who have apparent control over their lives in terms of their access to resources and their ability to speak out.

This argument doesn’t seek to undermine the degree of economic, political or social equality that many women have achieved thus far. Rather it seeks to focus the spotlight on the persistence of masculine norms embedded in a number of institutions across family, society and state.

Decades of struggle to eradicate gender inequality through equitable distribution of resources have not been entirely effective in uprooting the practice of masculine norms, let alone violence. This is evident in the complaints of domestic abuse also reported from relatively liberal and well-off surroundings.

A need to uproot toxic masculine norms embedded in everything

It reiterates the fact that being economically, politically and socially better off doesn’t necessarily guarantee women fair treatment and end to abuse and violence. Neither does it help curb the exploitation of women’s bodies physically and sexually, nor lessen the pain of deep emotional scars.

The need is to rupture the status quo by attacking the patriarchal value system at the grass root level. The value system upholding masculine superiority routinely shapes the day-to-day discourses, and the thought processes of the majority of people, including women. It is evident in the socio-cultural practices and rituals (recall festivals that eulogise maleness; also men’s entitlement to hold religious positions, etc.) that celebrate male superiority. 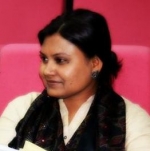 I am a PhD scholar at Jawaharlal Nehru University. My research focuses on the patriarchal

Why Is The On-Screen Series Game Of Thrones More Problematic For An Indian Audience?