Nikah Halala: Sleeping with a Stranger the first ever book on the practice presents a reality of mock marriages against the background of Quranic injunction

Nikah Halala: Sleeping with a Stranger the first ever book on the practice presents a reality of mock marriages against the background of Quranic injunction

Farzana used to live in Kasna, in Noida, with Abdul Qadir, a plumber. He did not earn a lot but the couple started their marriage off on a decent note. Two years passed peacefully. One day, she had a quarrel with Abdul Qadir over his alleged extramarital affair with a woman called Najma. Abdul Qadir was prone to losing his temper. One day, after a particularly heated argument, he gave her instant triple talaq and threw her out. As he screamed at her, Farzana shut her ears. To this day, she claims she did not hear the talaq. ‘He claims to have given me a talaq, but I did not hear anything.’

Abdul Qadir, though, was determined to end affairs. He wrote the word ‘talaq’ on a piece of paper and sent it to her. ‘I did not read it. I threw away the paper. I have not been divorced,’ she still insists, six years after the showdown.

Things did not end there. With Farzana refusing to agree to a divorce, a couple of clerics were consulted in Kasna and Sikandrabad in western Uttar Pradesh. Fortunately, for her, both said that if she had not heard the talaq being pronounced, her marriage is intact. and even if the man wrote divorce on a piece of paper, it does not mean her marriage is over. It merely means a single, revocable divorce after which both the husband and wife are free to cohabit during iddah period. Her iddah period of three menstrual cycles was long over. The clerics reassured her in that case, she was eligible to remarry her husband directly without any intervention or obstruction.

Abdul Qadir, though, did not agree to take her back into wedlock so easily. According to him, he had pronounced three divorces and she was now a stranger to him. The only way she could come back to him was after marrying another man, getting a divorce, doing iddah and then marrying him. At this juncture, her husband suggested that she should marry a man who was her father’s age, establish marital relations with him and take a divorce before remarrying him.

‘I had not heard of halala from anybody. I rejected the idea. I could not even think of marrying a man who was my father’s age,’ says Farzana, ‘He (Qadir) used to consider that man his father. Imagine marrying your father-in-law!’ In islam, a girl is not allowed to marry her father, brother, son, father-in-law, half-brother, maternal and paternal uncles, etc. Similarly, a boy is not allowed to marry his mother, his sister, daughter, his half-sister, mother-in-law, maternal and paternal aunts, etc. according to Surah Nisa [verse 23] of the Quran, 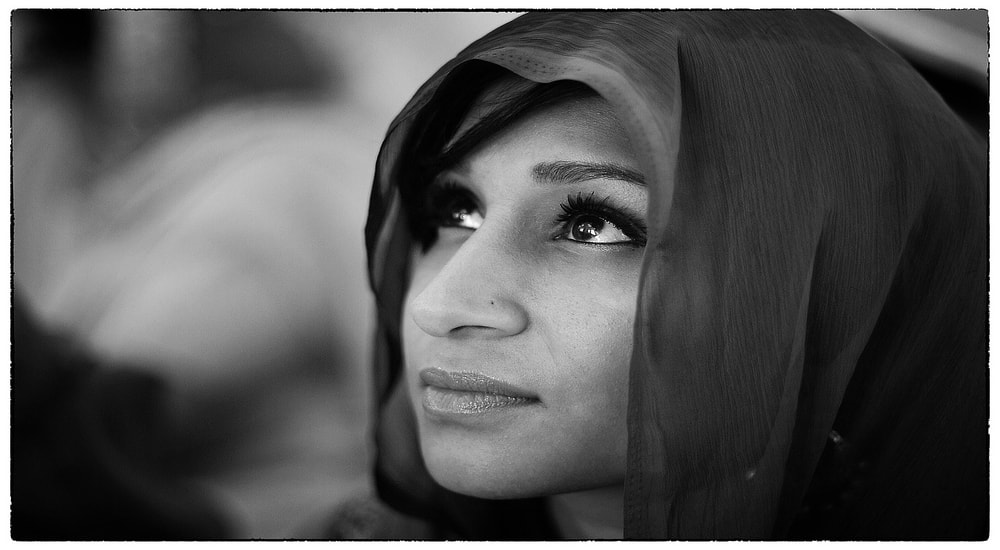 Importantly, at the same time, the Quran distinguishes between actual son, father, father-in-law and one merely perceived to be like a father or son. In that case, one is allowed to marry somebody who is only like a father, but not a father.

‘He, however, insisted that I marry my father-in-law, in case I wanted to enter that house again. He said he would accept me only after I do halala. I could not even think of doing such a thing. I am not a well-educated woman, but tell me how can a daughter-in-law be asked to marry her father-in-law even if it is for a night? This is disgusting. I consulted a maulana in a masjid in Sikandrabad. He told me i had done the right thing by not marrying my father-in-law.’ 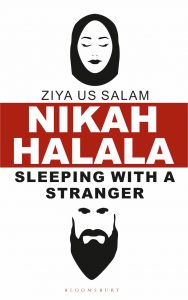 She is, however, still waiting for Abdul Qadir to call her back. ‘I got no mehr from him which a woman should get in case of divorce. This proves there was no divorce. He gives no maintenance. He paid nothing for the child’s delivery either. I have done everything on my own, or with the support of my father,’ she says, adding, ‘I still want to go back to him. I am ready to have a fresh nikah with him if the islamic law says it is necessary. I want my status back. I do not want to spend my life running to courts. I do not have much time to fight this case now. My daughter is growing up. I need to pay for her school fees and get her educated. I will do all that is necessary to be united with my husband again, but halala is something I will not do. This cannot be discussed.’

Excerpted with permission from Nikah Halala: Sleeping With A Stranger by Ziya Us Salman, published by Bloomsbury Publications. The book released on July 18, 2020.

About Nikah Halala: Sleeping With A Stranger

Muslim society in India remains in a state of denial when it comes to nikah halala. The Quran allows divorce twice. After that the spouses either live together happily or divorce gracefully. Nowhere does it allow marriage with a pre-arranged date of divorce to a new man only to go back to the former husband.

Nikah Halala: Sleeping with a Stranger is a probing exercise that exposes the cycle of instant triple talaq followed by a fake marriage, which too ends with another instant triple talaq that allows the woman to marry the former husband. While the holy book does not mention instant triple talaq, this tradition is unique to the Indian subcontinent that claims to bring squabbling couples together but ends up making a mockery of the faith and punishes women for the crimes of men.

The first ever book to talk of the subject, Nikah Halala presents the sordid reality of mock marriages against the background of Quranic injunction on the subject and exposes the departure in practice from the teachings of the holy book that gives divorced women complete freedom to follow their path.

If you would like to pick up a copy of Nikah Halala: Sleeping With A Stranger by Ziya Us Salman, use our affiliate links at Amazon India, and at Amazon US.

Register at Women's Web to get our weekly mailer and never miss out on our events, contests & best reads! Or - get a couple of really cool reads on your phone every day - click here to join our Telegram channel.
reading

Women Too Have An Equal Right To Give ‘Talaq’, Says New Fatwa

In a gigantic step towards gender equality, Islamic seminary issued a fatwa saying that a woman has the equal right to give 'Triple Talaq'.

In a big step towards gender equality, an Islamic seminary has issued a fatwa saying that a woman has the equal right to give ‘Talaq’.


In India where Muslims constitute the largest religious minority, oral talaq or ‘Triple Talaq’ is considered valid. A husband can take the decision on behalf of both, to consider the contract of marriage void and the wife is supposed to leave the house immediately. There is no place for justification, let alone reconciliation.

Many divorced women are uneducated and are left stranded, without alimony or child support at times. Some of them are not even given access to their children. Women have been fighting against this practice both in their personal lives and in the court of law. Earlier in June, about 50,000 women and men petitioned to ban ‘Triple Talaq’ and sought the intervention of National Commission for Women.

Banning Triple Talaq May Not Solve All Of Muslim Women’s Problems, But It Is Needed

While some Islamic scholars believe Triple Talaq is not a key problem for the community, there is no doubt that it impinges on women's dignity.

While some Islamic scholars believe Triple Talaq is not a key problem for the community, there is no doubt that it impinges on women’s dignity.

As a country, we have many demons of our own to fight – be it poverty, rampant corruption, poor public health, hygiene and sanitation, various human rights issues owing to caste and gender discrimination, communal violence, rapes, female foeticide, honor killings, a debilitating infrastructure, a burgeoning traffic crisis, an overburdened judicial system, border security and terrorism, etc. Phew!

One such problem has snow-balled into a huge controversy of sorts in the recent times. Let us untangle this controversy ball called ‘The Triple Talaq’ and see where its history lies. The fundamental question that we are going to deal with is –What does it mean for the social welfare and justice for women, and in particular, our fellow Indian Muslim sisters?