Why Is It Important To Empower The Women In Law Careers?

A substantial percentage of law graduates are females, and more women are entering law firms and the bar than ever before. I feel that drawing women into this profession doesn’t appear to be a problem. The challenge seems to be in retaining women lawyers and gradual promotion to the upper bands of the profession. The only minuscule per cent of women make partners in corporate law firms and even fewer women make it to the bench.

Female lawyers are certainly in underrepresentation which is a key concern. Taking career breaks, which varies between months to sometimes years, is one of the prime reasons. Resuming the same role after returning in the profession can be an issue because of several reasons: changes in law and technology, losing touch with the network and fear of missing out.

During my discussion with various lawyers (men and women), I have realized that after a certain age women lawyers leave the profession despite being brilliant at work, which is definitely a loss to the profession.

A conducive environment for women

To avoid or reduce such situations, there should be more women-oriented policies in place, facilitating retention of valuable lawyers/staff who are willing to resume work after a certain time gap. Policies like ‘Flexi-career’, work from home and in the case of young mothers, provision for day-care in the office premise becomes a relief and also encourages them to combat difficulties and continue to remain in the profession.

The thought is to provide an environment for women which is conducive for them to fulfil their professional dreams despite social and domestic pressure faced by them. Women know they’re just as competent of success as men, but I believe, if such policies are well placed in the legal sector, more women lawyers would be open to the idea of starting a family and also of higher education. This will result in significant value addition to their respective firms and to the profession. 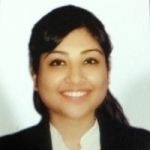 Brief Case: Is Working In Law Anything Like Ally McBeal?