Men are raised with a ton of privilege, yet often see women being their equals in the world. These men then don't know how to maintain a true balance in their relationships.

Men are raised with a ton of privilege, yet often see women being their equals in the world. These men then don’t know how to maintain a true balance in their relationships.

Somedays back while having a conversation with one of my senior colleagues, who was one of the best professionals I know and an equally good homemaker, something hit me really hard. While describing what she thinks about this era she said ‘we are a cursed generation‘.

And it made me think, are we really?

Our one leg is tied to the beliefs of our previous generations, and the other one is moving forward to match pace with the transforming world. There is a constant ‘tug of war’ going on between traditional values and modernisation. It is so for all genders, but lets talk about the women first.

We the modern Indian women face this balancing act between being a modern or traditional woman, daily. The forward-moving leg is taking us towards a career or a job, freedom of speech; we are CEOs, astronauts, doctors, fashionistas – you name a profession and you will recall the top-notch women of that sector. But the other leg which is tied with the ‘traditional values’ (I don’t know if these are actually values, or the stubbornness of their generation) is pulling us back, by expecting us to balance between home and work.

I am not denying the fact that many of us are managing this balancing act very well. Yet, this expectation is only from women.

We want to do wonders in our career and match pace with men who move fast by default. But on the other hand, we are still struggling to prove that cooking and cleaning are not a gender based skill but a life skill.

We struggle to prove this to the world (read men). Because we need to believe in it ourselves, but we don’t.

Many of you will not agree with me, so let me ask you. During this lockdown when everyone is working from home, how many times have the men of your house washed utensils, mopped the floor? And even if they did, were they able to consider it as an equal responsibility or were they just ‘helping the women’? Think.

What about the ‘modern’ Indian men?

Let’s talk a bit about men. They are also moving forward, doing well in their career. Many of them are coming forward to share household responsibility as well, but still, whenever they find themselves in a face-off with the previous generation, they start to show their patriarchal selves.

They start to behave as if they are ‘giving permission’ to their better halves or sisters, they start to feel that they are superior.

It’s not really their fault; they have been raised like this. Traditional values have always taught them that men are ‘superior’ but the modern world tells them that women are their equals. These ‘confused’ men then don’t know how to engage with a woman and maintain balance.

Deciding on a spouse – the tug of war

Similarly, when we want to pick a partner of our choice and we choose them because they have certain traits. We try to someone who can gel with us on various compatibility levels in a ‘modern, progressive’ world. But on the other hand, our traditional selves would want that same person to change themselves and become the choice of our parents, then we want them to let go of those traits which we liked earlier.

The free-spirited girl will suddenly start looking too modern to adjust in the family.

Somewhere I feel men face more trouble in managing between the two worlds as it takes away their ‘privilege’ that a traditional society would guarantee. While women who have been restricted earlier, now find they are happy with even the little freedom that they get, as it’s progress for them(Rolling my eyes)!

We encounter this traditional v/s modern tussle in every walk of life. We are career centric, we want to move to other countries, we want to earn, but on the other hand, we also worry about our parents, will also want to move back to our cities, town, country, because our traditional heart will always carry guilt.

We love to celebrate Diwali, burst crackers, carry out our traditional practices, but we are also concerned about the environment as we are progressive in our approach and thinking about the future.

Our traditional values suggest that we keep our affairs private, but modernisation has made us become more social; our day to day life gets updated on social media.

At the same time, certain things that truly bring joy to my heart are where traditional and modern values are merging so beautifully. We eat sweets while wearing fit bits, we catch flights after eating a spoon full of curd and sugar, after buying a new Tesla we still first visit a temple to break a coconut.

I am not saying that one is right and the other is wrong. The question is what to hold on to, and what should we let go off to unburden ourselves. 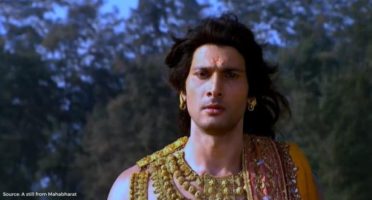 Women Are The 'Karna' Of This Generation