Whether working or not, to be empowered, every woman needs support from her family- especially in the household chores. Men, do your bit to help them.

Whether working or not, to be empowered, every woman needs support from her family- especially in the household chores. Men, do your bit to help them.

One morning, while trying to teach my four-year-old son to boil an egg, he says, “It is a girl who cooks. Not a boy’s job.” And as I try to explain to him that it isn’t, he isn’t convinced and honestly, I don’t blame him.

A child believes what he sees and not what he hears. He has hardly seen his father cook. To every social gathering he’s been to, he’s only seen women cook. I believe this is a cycle- what he sees in his family and society will be instilled in him as societal values and norms.

Why must women only do all the work?

This will lead to him believing that only women do all the household chores. And a day will arrive when he would do the same, pretty much like all the other males in the society are doing. His son will see it and my grandson, too, will believe that the girl is the one doing the household chores.

These patriarchal norms are extremely deep rooted in the society. A highly educated husband relaxes on the sofa and talks about gender equality and women empowerment as he sips tea. The same tea that was made by his tired wife who just got back home from work, just like him. When this grave truth is the way of life, how is it possible for a man to participate in actions towards women equality?

Change is inevitable and we are grateful for the privileges that we have today, but there still is a lot to be done. There are some treaties like Convention on the Elimination of all Forms of Discrimination against Women (CEDAW) and Beijing declaration. These commit to work for gender equality, women empowerment, gender based violence, and discrimination against women. When I go through these documents, I find lot of the commitments too unrealistic and far from practical. 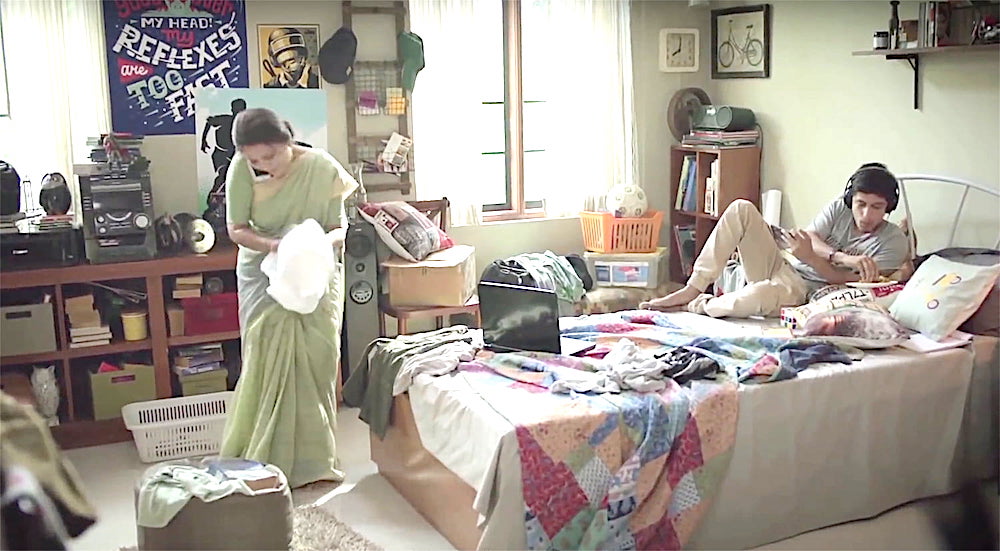 About Time The Boys Do Their Share Of Housework; It’s NOT Just The Job Of Girls!

Are these claims only on paper?

These documents make me question a lot of things as well. They claim that they are determined to prevent and eliminate all forms of violence against women and girls. ‘Is it possible to entirely eliminate all forms of violence when the women face violence at home or in familiar settings?’ ‘How is it possible to do so, when the violence against women are not strangers but often people these women know?’

As Anne Firth Murray, the Founding President of The Global Fund for Women write’s in her book ‘From Outrage to Courage’: “Being born female is dangerous to your health” and I couldn’t agree more.

In the part of the world I belong to, an unborn foetus is killed in the mother’s womb because she is a girl. If she is born, she is deprived of the most basic rights such education, nutrition, and health care access. Just because she is a girl- she has to beg or fight for what should rightfully be hers. In these scenarios, how can I assure myself that it is possible to protect the rights of women and girls?

How empowered are we really?

Is today’s modern educated woman really empowered? I hear so many of my colleagues expressing their frustrations on being a working mom.

They say, “We say we are privileged, we are educated, and have a prestigious job. But still don’t get a hand in carrying out the house hold chores. The society judges us on how good we are on the basis of how good we are as a wife, mother, and daughter in law. Are we empowering ourselves or adding burden after burden?”

As Endalcachew Bayeh said, in his study on role of empowering women, “People are empowered when they are able to access the opportunities such as education, profession available to them without limitations and restrictions.”

Most of the people say that the magic answer to solve the problem faced by women is education. Girl’s education is really important but experts also say there are lots of issues surrounding education.

Education and it’s completion is the solution

Over the last 20 years, Nepal has made significant progress in education. According to the department of education, the net enrolment rate in primary schools has risen to 97 percent with gender parity almost achieved. The problem is that by the time girls reach the higher secondary level, more than 80 percent are already out of school.

UNICEF has pointed out that the issues that persist in education in Nepal include poor quality and inequity in access, geographical remoteness. Other than that, gender, dropouts, low attendance, socioeconomic and ethnic differences.

Lynn Murphy an expert on girl’s education points out, ‘Does education we are providing add up to true learning?’ She says: “It’s really hard to get underneath some of the difficult societal norms and expectations, and actually change an entire generations on how they value a girl. And more importantly how a girl values herself and sees that she can learn.”

I think this is why generation after generation girls still devalue themselves despite being educated. The complexity that sits around education, gender, societal values and norms has no simple solution but only deeper questions.

I am hopeful that change will take place… one day

I am not a pessimist when I ask all these questions that strike me time. But I am really hopeful for a better world for my daughter and granddaughters because the world has seen a lot of progresses.

I hope every father in this country makes his son believe that house hold chores are not only a girls duty. And I feel optimistic that our country will address the issues which persist in our education and provide high quality education. Further, the huge disconnection between what is written and what actually is needed should also be addressed.

I also believe that a day will come when the deep rooted patriarchal norms will be written only in the history books. And this is going to be possible only when men come forward and get involved with concrete actions to secure women’s right. The country also needs more women in the decision making positions.

In a society as patriarchal as ours, it is very easy to assign gender roles to every child that is born. Isn't it time it changed? This mother has some tips

In a society as patriarchal as ours, it is very easy to assign gender roles to every child that is born. Isn’t it time it changed? This mother has a few tips

“Hey! Why are you blushing so much? Are you a girl?”