And then finally I found my fairy Godmother who named this dark evil demon as ‘Anxiety Disorder’.

And then finally I found my fairy Godmother who named this dark evil demon as ‘Anxiety Disorder’.

He is huge, dark and his favourite colour is black.

I have known him for many years now, but I still fear him. My oldest memory of him is a blur but I remember after a few years his visits had become regular. It was my home, my parents, my life, but soon he had made a permanent residence in our lives. Slowly he thought he could control my life and maybe at one point, he actually did.

He Would Be Quiet…

At times, he would be so quiet, it seemed like he did not exist. Other times, especially at crucial moments of my life he would interfere, corrupt me with his spineless thinking and divert me from my path. He interrupted my clear thinking and made me a slave to his own whims.

He started humiliating me and began mocking my ambitions and beliefs. It almost felt like he was jealous of me and my victories. Maybe he did not like me to be happy, but I never understood the reason for this hatred towards me. I do not remember doing anything bad to him, then why this special treatment towards me? Is it because I have always been very submissive? I was taught that opinions are only for elders to have and maybe that’s why I was never bold enough to fight for what is right. Maybe he knew my weakness and took advantage of that to dishevel me. I started feeling very uncomfortable around him and wished he could just vanish in thin air.

He Was Always There

He was always there! Lurking… watching… waiting for the perfect opportunity to strike. He had taken upon himself to remind me how utterly delusional I was to believe that I could actually achieve my dreams. He would point his fingers at me, crippling me with fear, evoking failures I never had, prompting that I was good-for-nothing. His words would rip my soul into thousand pieces and I would scamper around frantically to pick my scattered pieces, trying to mend my soul, but the crack always remained! And he’d laugh sadistically seeing me trying so hard, writhing in pain.

He made me do things I never wanted to do. He left me begging down on my knees for some mercy. I pleaded, cried, shouted, revolted, but each time he managed to come back at me with greater force. Each time my self-respect shattered a little more, my confidence shook a bit more, until there was nothing inside me to break further.

I went to my parents, begged for help, told them my fears and concern. They thought I was being a baby trying to get attention, “stop over-reacting, it’s for your own good”, they’d say, leaving the monster laughing his eerie devil-ish laugh. I even went to my best friend, but she’d roll her eyes at me admonishing me for being silly. The world found it funny and smirked at my fears. “There goes the privileged brat, crying over her first world problems!” they’d say. But little did they know about this demon threatening my very existence.

With him around I witnessed the darkest times. I even contemplated on giving up on this beautiful thing called ‘life’. Ofcourse, I had given up expressing my feelings to the world. I had learnt that nobody is ever interested in your problems. I would put on my prettiest smile and go out to face the world everyday. But, his remarks, his jests, his mockery, gnawed at me, slowly, eating me up from inside, leaving me sore and lifeless.

There came a time when I feared him so much that everytime I heard his footsteps, I would run and hide in my room, huddle in one corner and bundle under the blankets. When his footsteps grew louder, I would try to move around in my room, finding a safer place to hide, but I couldn’t find any. He saw me scuttling around like a rat who fears it’s life when a cat chases it. He would advance towards me and pounce on me. I tried to scream but my voice wouldn’t come out. My heart had taken refuge in my throat constraining it to do its function. I gasped for air, yelled for help, but no one came!

No one had the time or inclination to help me. I wanted him out of my life! I described him vividly but nobody could understand this invisible, faceless man!

And then finally I found my fairy Godmother who named this dark evil demon as ‘Anxiety Disorder’. It was my psychotherapist who finally helped me ward off this monster with her special spells!

The author, with this story wishes to spread awareness about mental health. Mental health is a serious issue which many people ignore or brush it off as something that happens to everyone. Many believe that you just have to be mentally strong to fight it out. Mental health is not your normal anxiety, fear your sadness. It is much more than that. When a person is unable to carry out his day to day activities, they may need help of professionals. Seeking for help is not a matter of shame. Please make yourself aware and be kind and empathetic to people suffering from mental health.

A Chartered Accountant by qualification but a writer by passion. Apeksha has authored the book 'GST For The Layman - How It Impacts Your Daily Life' published by Bloomsbury. read more... 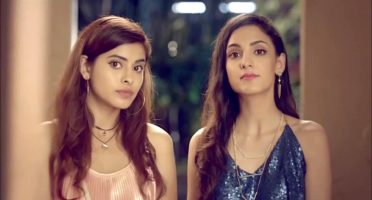 The Anti-Aunty Factor - Why Is It So Annoying To Be Called 'Aunty'? 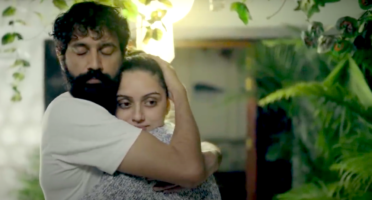 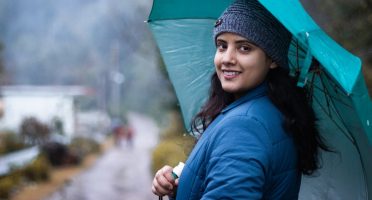