Many common social media responses to the boislockeroom incident highlight how we are promoting misogyny among young people, rather than helping them break the chain.

Many common social media responses to the boislockeroom incident highlight how we are promoting misogyny among young people, rather than helping them break the chain.

It has been two days since I have slept and both the teacher in me and the girl who was exposed to gender violence in me has been triggered.

I teach undergraduate students at one of India’s premier universities and often, it is a battle within me not to infantilise them as children as they are young adults; very capable of understanding and responding to situations on the one hand but on the other hand, they are also at very vulnerable stage in their lives, a stage which leaves an indelible imprint on their adult lives, so as a teacher I also feel protective of them.

The social media response to the ‘boislockeroom’ is a classic study in social dialogue and the formation of public opinion. In this context, the incident brought out one of my worst fears; it was a moment when all the skeletons in the Indian education system’s closet tumbled out one after the other.

Lack of sex education, silencing of any talk about gender issues, the valorisation of male desire and ambition, the non-functionality of gender redressal mechanism across schools in India, the male student centric language used in classrooms and texts, the disciplining of female bodies through strict dress codes, the list goes on and on endlessly. Of course, instances such as the boislockeroom are but the tip of the iceberg, but it is also symptomatic of a society where patriarchal attitudes and the male gaze are entwined with sexual frustration.

It reveals the penury and rottenness of our souls when we are more concerned about the ‘future’ of the boys, quick to forgive them and dismiss it as an outcome of misguided youthful desire than the trauma of the minor girls whose trust in society and relationships have been shaken.

Some of the conversations that followed the arrest of the admin of the group over social network are as follows and it appals me that that the rot is all pervasive and deep.

No, I would like to believe that 16 year old boys are better than this!  The last six years of my teaching experience have convinced me that the younger generation is far more progressive than us and understands issues of consent and the need to be gender sensitive much better than us.

Granted, late adolescence is a period of sexual curiosity, young boys do think of sex, there is no denying that, but young boys are also old enough  to understand the difference between sex and rape, if not they should be told the same. I would like to think that not all 16 year old boys share photos of under aged girls and make sexually explicit remarks about classmates including ones involving rape threats and fantasies. No, our boys are better than that!

What about young girls then? In the whole discussion, the question of female desire and sexuality has not been addressed even once. Don’t young women also think about sex or do all of them remain in some heaven of perpetual non-sexuality? Why is it that we do not have female versions of the locker room more often? The simple answer is conditioning. Girls are taught to buckle up their desire and not display any signs of their sexuality very early in their childhood whereas the same society accords certain invisible rights to boys to pursue their longings in a limited manner, albeit never publicly!

Conceded, it is a private chat group, but what does privacy mean in this context? Does it give one the right to share pictures shared on social media handles of other individuals who are not group members? Isn’t it a violation of the privacy of the girls involved? I can hear the buzz of parents instructing young girls to remove their photos from social media pages for the fear of being victimised. Because that’s how we respond – since the perpetrators can’t be stopped, let us be cautious. The caution resulting in further restrictions on young women and their freedom.

How is it ‘private’ when the group had members from more than one school and has been continuing the practice for quite some time? One report even suggests that the present admin was handed over charge of the group from a predecessor. Don’t women too have any rights to privacy in this country?

#fantasy is fantasy and not real life! Thinking is not a crime!

Really? You are actually endorsing rape threats and sexual assault fantasies which involves underage girls as young as 14 year old? This one should have been pretty self-explanatory! Alas, it is not!

The portrayal of young women almost exclusively as objects of desire in movies, television series, jokes and private conversations – is a taken for granted phenomena in India. Relationships are portrayed as a chase and win situation where the hero pursues his ‘object’ of desire and finally ‘acquires’ it. Relationships are seldom depicted as a process of two way human exchange where both partners have agency and equal roles. The heroine becomes the hero’s trophy at the end of most films, by extension – his property.

The reduction of women into things which provide pleasure, care and affection or rarely character development (as someone put it, rehabilitation centres) makes it easier to dehumanise women, in other words, to think of women as junior partners who make the world a more comfortable space for the hero. This smug andro-centric worldview makes it convenient to use images of women as fantasy props, even images of under aged girls!!

#Indian boys have no other source of information about sex!

Finally a point that we can agree on. Yes, adolescents in India of any gender do not have any access to information on sex. So, why do you get uneasy when we suggest sex education in schools? Do you not trust teachers to handle the subject or is it a preference for the clandestine exchange of the wrong kind of sexual knowledge?

Maybe the alarmingly high levels of homophobia and transphobia can also be dealt with if sex education and basic gender awareness and sensitisation becomes part of our school curricula.

#Indian boys have no access to girls. They are curious!

Objectification apart, the sexualisation of young female bodies is a topic that merits discussion. The cloistering of the bodies of teenage girls not only teaches them that the onus is on them to cover up their bodies from the male gaze, but also normalises the male gaze.

Most schools in India bring into effect a dress code change for students in high school, one which has an unequal focus on dress codes for young girls. Female students are made to wear jackets or dupattas even in a hot tropical country like ours. Imagine trying to play kabaddi in a salwar kameez with a full dupatta – that was PT class for my generation. The limiting of healthy interaction among the sexes  with separate benches, cafeterias  and play zones even in co-education schools and the continued presence of boys –only  and girls-only schools only adds to the problem.

Most men I know and most of my young male friends and students are progressive and most are champions of gender rights or at least they want to be, but the gender divide makes it difficult for them to even identify the privileges that they live with. To share solidarity with other genders requires us to break down the walls that society has bubbled us up in and communication is key here.

Fast and mass based communication enabled by social media and micro blogging has made the spread of the misogyny virus more rapid and infectious than ever, social responses and formation of ‘public opinion’ happens in a matter of hours and often social dialogue is fashioned according to majoritarian status-quoist trends.

The need to shield and sanitise ourselves so that we do not end up infecting others emerge here. Let us not perpetuate or justify misogynistic acts for the sole reason that we ourselves may have fallen prey to it at some point in the past, let us stop the spread.

Unless we break the culture of silence and misogyny, rape culture will go unchallenged. Our young people deserve a better future, a more gender- just future and let us help them in breaking the chain! 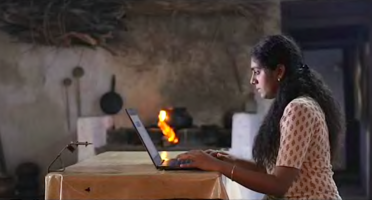 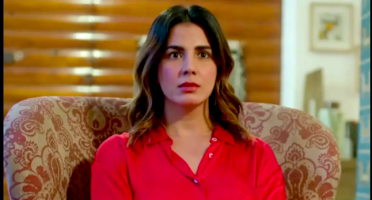 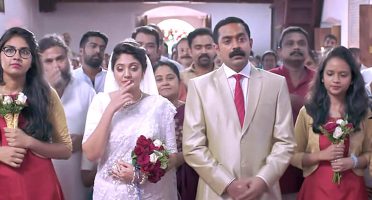