Irrfan Khan may have left us after fighting a battle with his disease. But watching Piku will not be the same because I know the real Rana isn’t around.

In March 2018, Irrfan Khan announced that he was diagnosed with a rare life-threatening disease. And for some strange reason, the news hit me in my gut. Then, on April 29, 2020, when he took the stairway to heaven, with a million others, I too, cried like it was a personal loss.

Maybe because his greatness wasn’t confined to the characters he played, it was palpable offscreen as well. So whether he played Maqbool, Roohdar, Yogi, Ashoke, Champak, Ranvijay or my personal favourite, Rana, he made me believe in the characters.

I read somewhere that Irrfan was a gracious, and supportive colleague who was extremely secure in the space he created for himself in a volatile industry. And honestly, his personality reflected an affable vibe both on and off-screen.

Irrfan Khan as Rana was my personal favourite!

While I admired all his performances it was his portrayal of Rana Choudhary in Piku that engaged me the most. A man who runs a family-owned business of taxi services and is surrounded by a vexatious family of his squabbling mother and a crabby sister.

Both of them doesn’t lose an opportunity to constantly ridicule him of how he lost his job in the Gulf. And Rana isn’t affected by that, because maybe he could draw a clear dichotomy of what is right for him and his peace of mind.

However, what was truly amazing about Rana was is his ability to empathise with Piku on their long virtuous journey from Delhi to Kolkata. It set the cornerstone that Rana’s personality isn’t frivolous or someone who won’t quickly generalise a woman’s rage to something petty like ‘a happy woman is a myth.’

He was an evolved and understanding man

He is evolved, observant and deeply understands an individual regardless of the situation they are in, he goes beyond the ordinary. Rana is truly profound- an empath who knows where to draw his line. He is a feminist.

In a particular scene Bhashkor is enraged and incessantly asking Rana to take a U-turn as he has left his ear machine’s battery at their last pit-stop. Meanwhile Piku is trying to stop this argument and completely dismisses this absurd idea because they have already come a long way. On this Bhashkor immediately starts admonishing her for not being a good child and that is when Rana takes control.

He knows that Piku is sacrificing a lot of her desires in form of her career or having a companion just to take care of her ailing father. Rana knows that a child’s sacrifice to keep sanity with their overbearing parents always go unnoticed.

Piku has turned into an ill-tempered person and Bhashkor has no idea about it. So he stops the car and deals with Bhashkor. He waylays him by reminding him that had Piku been a careless daughter, she never would’ve agreed on the strenuous journey only on Bhashkor’s impulse. The scene establishes Rana’s emotional richness and gives you a fair glimpse of his refined and progressive ideologies.

Could anyone else have done justice to Rana?

Come to think of it, is there any other actor who could play Rana? I believe not. It could only be played by somebody who with an intellect to place himself in a character as amicable as Rana’s.

Irrfan’s deep-rooted intensity and his innate ease on-screen made Rana’s charm so visceral. He is the outsider in Piku’s eccentric world and still towards the end of the journey he quite unknowingly makes a space in ever-so sceptical Piku’s yearning heart.

Irrfan, after his two years of taxing battle with the disease, is in a better place now. But as a fan, I am devastated beyond words. Watching Piku will not be the same because I know that the real-life Rana isn’t around.

Aversion of this was earlier published here. 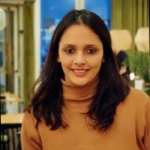 As Irrfan Khan Pens A Heartfelt Letter On Battling Cancer, I Revisit Two Of His Best Films!