Have you ever wished to radically rearrange your life? What is stopping you? This post will make you think.

It began as a daydream that is pushing its way to reality as the days go by, one after the other, without colour or meaning. My patience is dissipating and my inner woman is revolting. Yes, I want to revolt against adjusting to hectic schedules, against the set-patterns of my life.

My ears were ringing with,

“If you are not satisfied, it’s time to change

Change life if there is life throbbing in you.”

Consciously or instinctively, there are those who dare to come out of the box and, sit in their own seat, assume the role of director and completely rewrite the script for the film of their life. This is what I want to do.

Changing one’s life is not about magical thinking

…rather, it is more about focused vision and action.

A friend, Renita left the city at 39, with her husband and two kids. They chose for their residence, an area en route from Dehradun towards the foothills of Mussourie.

“There is no day without a ray of sunshine, the kids walk around, I feel at ease,” says a happy Renita.

When they moved, Renita started working part-time in a hotel, her husband worked in a real estate company. They managed to sell their apartment in Delhi. Eventually they set up a restaurant, and I heard them say often, “It is always full.” Often, it was necessary to find a bed for the last minute student type of visitor and they decided to transform the space into an Airbnb.

I enquired after their kids’ education. They both were very cool and united in their views. “The school is not fantastic, but other things make it worthwhile. What more could we want?” She picks them from school and has time to play with them and they enjoy the walks.

In the middle of my working week, I often thought about Renita and the way she had made this smooth transition from being a harried advertising professional to a relaxed woman enjoying her family, kids and working as she chose.

Is accepting opportunities that come our way sometimes, also an expression of faith in the goodness of life? I think it is. My dream is taking shape but my question to myself pops up often, “Can I give up on my city life full of social and professional commitments?”

The popular wisdom says, “One who wants cannot always change, one who can make the change, does so.” Everything is relative and depends on the perspective.

The key ingredient is a flexible attitude

After a few years of saving, another young friend, all of 28 said goodbye to an overwhelming pace of work as a lawyer to leave Delhi and moved to Goa. She loved yoga and wanted to focus more on learning and then teaching yoga.  She moved to an apartment above a villa in a quiet and not so touristy area of Goa. She succeeded in converting the villa’s garage into a yoga studio.

When I visited her after almost two years of her having shifted, I found the soft tones and the smell of incense in her apartment inviting me to slow down. Her yoga studio beckoned me to listen to the sound of silence, to pay attention to the movements of my breath. In her words, “I worked at least twelve hours a day and I really liked what I did, but I didn’t have time for anything else.” On the other hand, when she learnt and focussed on yoga, she gained a new awareness of her body.

I could see the change in her. From sleeping between deadlines for 4-5 hours to sleeping well, eating on time made her very calm and wiser than her years. “I felt an appeal to be more with me, my inner self rather than others”, she confessed. The change forced adjustments to the budget. Well, she had organised her expenses. I could see her making lists for everything. She does not do any random shopping. She is happy with her decision, which had the support of her parents.

Contrary to what it may seem, the decision to change the paradigm in the name of personal fulfilment may appear more complex in the case of those who have a comfortable career and security.

Actually, I am 52 and only now, in the middle of life, I am rethinking how to live in the time that I still have. When my son is grown up, my husband and I have been working for nearly 30 years, and our common desire now is boiling down to “having more free time, less anxiety and more quality in relationships with self and others”. My daydream is pushing me towards realizing it soon. The revolt against packed routines is pushing me towards a decision to change my life.

The key ingredient is a flexible attitude. The day I find myself willing to embrace a different reality, I will do it.

Meanwhile my ears continue ringing with

“If you are not satisfied, it’s time to change

Change life if there is life throbbing in you”. 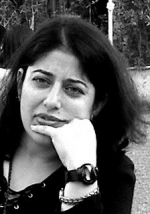 Bindiya is a linguist, works at a diplomatic mission, is a wife, a mother, an

Dealing With Postpartum Depression: What I Learnt