Taapsee Pannu's Thappad is a resounding reminder that women empowerment is still a distance away, but mindsets can and need to change. Is it the slap we need?

Taapsee Pannu’s Thappad is a resounding reminder that women empowerment is still a distance away, but mindsets can and need to change. Is it the slap we need?

Spoiler alert! This blog may contain a few spoilers.

Thappad is set in modern day Delhi and centres around Amrita (Taapsee Pannu) Amrita comes from a regular middle-class family and is married in a rich business family. And her world, in turn, revolves around her husband and household.

Right from waking up and serving him tea in bed to taking care of her diabetic mother-in-law to ensuring everything is perfect for her husband, Amrita does it all. She manages everything the house including her internet and her printer, as her husband calls it. Her husband, is on his way to becoming the CEO of his company and shifting base to London. He is completely oblivious to everything else in his life.

When it all changes…

The turning point for them comes when there is a party at their house. Here, in a fit of anger and frustration over office politics, he slaps Amrita publicly.

She’s dazed for a few days but goes about her routine while digesting what the slap meant and represented. Her husband meanwhile, treats it as “shit happens” and puts it down to his frustration over being cheated out of a promotion he ‘rightfully’ deserved. He gives her a gift, takes her out to dinner but doesn’t acknowledge he that he did anything wrong. Neither is he apologetic for his actions.

Taapsee Pannu’s Thappad Will Hit You As Hard As The Slap, Go Watch It Now 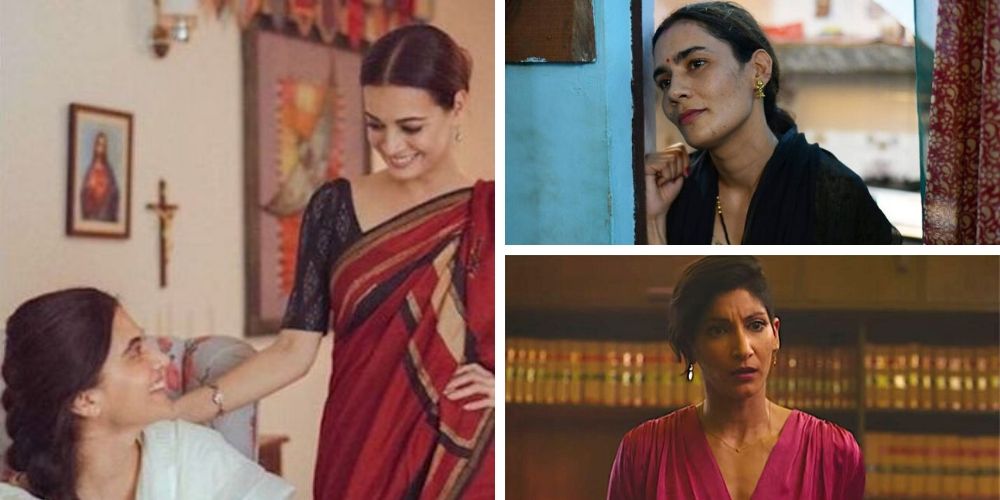 She leaves for her own good

On the other hand, Amrita realises she can’t continue living like this and leaves for her parents’ house. The rest of the movie is about her struggle to emerge from this incident with her self-respect preserved and her head held high.

There are parallel tracks of the supporting cast with their own stories largely reiterating the subtext of patriarchal mindsets dominating our thinking even today. Advice flows to Amrita from all quarters to ‘let it go’ and move on.

However, Amrita makes a powerful pitch to her lawyer saying she became a housewife by choice. She says she tied her happiness to her husband’s but does that entitle him to slap her and get away with it?

The cast was what made me like it even more

All actors irrespective of their screen time portray their characters beautifully. Pavail Gulati (Taapsee’s on-screen husband) is the right mix of the entitled, privileged and insensitive chauvinist who realises his mistake a little too late. His mother (Tanvi Azmi) is the loving but oft-silenced mother-in-law who tells Amrita that women need to learn to be patient.

At the same time, Amrita’s mother, portrayed by Ratna Pathak Shah also tells her that women need to sacrifice their dreams and desires for the peace of the family. Both these women’s roles show how women are also a part of perpetuating patriarchy and male entitlement in the society.

Kumud Mishra as Taapsee’s dad is a delightful character who wins hearts! But there is a scene where he realises how despite being a progressive man for his daughter, he too, may have unknowingly let his wife down.

This is why I liked the movie

What I particularly liked about the movie was that even though everyone is shown with a point of view, the movie doesn’t preach or sermonise anything. Every action has repercussions and people have to decide based on their circumstances. We often face situations in our life where there’s no wrong or right decision. All we need to do is listen to our hearts. And when we do, the outcome doesn’t matter as much.

Taapsee expresses herself beautifully through her eyes, body language and dialogues and gives us a peek into what’s going through her mind. A struggle for two simple things she wanted when she got married- happiness and respect.

Over time, she gained neither and the thappad was the proverbial last straw. It was the physical realisation of a one-sided marriage where male feelings, male needs, male life goals made her being subservient.

It raises issues we don’t speak about but NEED to

The movie raises a number of issues we regularly sweep under the carpet. Set in a modern-day urban household, it signifies that big city homes and the educated class are not free from these mindsets. Raising our children with the right messaging at home is still critical.

Education alone will not solve it. It has to be addressed with them seeing in our daily actions the correct attitude towards women. We also need to free ourselves from societal inhibitions and stand for what is morally right. It takes a lot of spine and the movie is wholly about that.

With Women’s Day coming up, the movie is well timed. It is a resounding reminder that women empowerment is still a distance away, but mindsets can and need to change. We have to decide what will be our ‘Thappad’ to spur us into action?

What did you think of the movie? 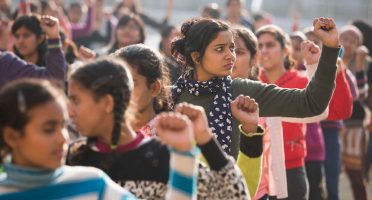 Thappad, the newest 'feminist' movie is getting praise for calling hidden domestic violence that is so normalised in marriages. But it is really the feminist wonder it is considered?

Thappad, the newest ‘feminist’ movie is getting praise for calling hidden domestic violence that is so normalised in marriages. But it is really the feminist wonder it is considered?

Taapsee Pannu’s new movie Thappad is being praised everywhere for its depiction of the hidden domestic violence that might come out inadvertently in the form of a thappad (slap). Something far too prevalent in a patriarchal society like ours – if not a thappad, it might come out in other ways like emotional abuse, financial abuse, gaslighting, etc.

But the premise remains the same – domestic abuse that is largely normalised. “Aise hi hota hai!” (This is how it is!)

The Scary Thing About Thappad Is That Every Scene Is So Freaking NORMAL!

So, once in a blue moon Bollywood comes up with a good movie and that is what Thappad is.

The scariest thing about watching ‘Thappad’ is that even now, in this century, every single scene in the movie is so FREAKING NORMAL.