Dia Mirza recently opened up about her mother's and her own divorce and how it was never a 'compromise' she made. Here's to the strong lady she is! 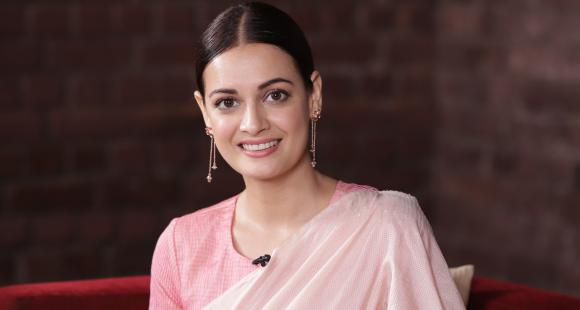 Dia Mirza recently opened up about her mother’s and her own divorce and how it was never a ‘compromise’ she made. Here’s to the strong lady she is!

Women would be lying if we acted like everyday was Valentine’s Day and that we are happily clinking glasses and laughing with our better halves, brunching away to glory each day. The fact is – we have stopped lying to ourselves.

‘Adapting and compromising’ have to be done in a relationship, but ‘how much is too much and how less is too little,’ is a personal choice. One that Dia Mirza who played a strong character in Abhinav Sinha’s movie, Thappad, beautifully wove into words, in her interview with Woman Up.

Is it a broken family, really?

Dia Mirza comes from a ‘broken’ family – that’s how the society would term it. However, she says her mother is her hero because she lost two husbands and gone through a lot in life. But still picked herself up very gracefully out of the emotional pain.

I won’t be too surprised to hear comments like,’What! Her mom got married twice?’ Some would also exclaim,”What was the need for her to get married! Didn’t she feel awkward? Or did she not think about her daughter?”

Well, when a woman wants to walk out of the relationship, she hears things like -‘log kya kahengey’. That is because, in India, marriage is not between two individuals but between two big families. This is the reason everyone is bothered by what the society thinks.

Ours is a predominantly patriarchal society. There are strict gender roles. The wife has a passive role and the husband an active dominating role. Dia’s mom is a true hero for not carrying on with the only two primary status roles of a woman – motherhood and marriage.

I firmly believe that she broke the age old myth ‘ladki paraai amaanat hai.’ Neither is she an ‘amaanat‘ nor is she ‘paraai.‘ She is a human being, irrespective of the gender, who only seeks happiness.

Dia Mirza also opened up about her divorce with husband Sahil Sangha. People’s behaviour around her changed after her separation from her husband. It amused me (in a good way) when with great poise, she said, “It amused me. It still amuses me. You are moving in circles where people are educated but they still feel a sense of sadness.”

Divorced or not, she doesn’t need pity!

Okay! Just pause here and think for a while. Haven’t all of us been to social gatherings where we’ve spotted some gossip-mongers looking at a woman, who is a divorcee, with those pitiful eyes?

People keep judging her life and keep telling her,”You must be so lonely” or “I saw your ex-husband the other day and my blood boiled.” Not only this, when the woman happens to get  a job, a very normal thing for her, they tell her, “Oh! Great! You got a job!”

In Shakespearean terms, I would say these people get into the ‘bum-bailey’ mode (The debt collectors who track the debtors for non-payment) They keep a track of what and how the woman is doing post her divorce. Not just that, they do not have the minimum sense of self-esteem to not do it.

And when the woman is a celebrity, the snooping media furtively tries to find out and keep the public updated about her whereabouts. But, Dia Mirza, did it just right. She said she has moved on and that the media should move on too! Doesn’t she sound like a lady with an iron fist in a velvet glove?

Define yourselves without these societal tags!

I can’t agree more when she says that there are societal pressures that come with the tag of being divorced. And some people feel divorce is an excuse to not compromise. They certainly do not know that there’s a limit to everything. It only displays their lack of understanding of how much should be tolerated and when that should tolerance stop.

Dear women, you are already considered half of a man when you are single. After marriage, your man happens to ‘complete you.’ Post separation, you go back to square one – the stage when you were not a complete individual.

Isn’t it a ‘funny’ tale to tell? About how the society thought you were just half and invalid but emerged as the woman who updated her social media status as ‘happily divorced’ and ‘feeling ‘free.’

How about sharing in the comments section what you think could those meddlesome ‘bum-baileys’ write on such a social media status update? As for me, I would just see the word ‘happily’ and feel good because the next word ‘divorce’ really does not matter.

That certainly is not your identity, is it?