The film released on 2nd March is set in a single room occupied by several women, some almost unconscious or vegetative in the background while nine of them lead the plot on.

Written and directed by Priyanka Banerjee, Devi thus becomes an exploration of what binds these women together.

Announcing her short film Devi on February 24th Kajol had said in a tweet – “”9 fierce women, 9 different backgrounds, 1 stark reality.” The stark reality she was hinting at is rape and murder.

9 fierce women, 9 different backgrounds, 1 stark reality. Here’s a glimpse of what happens when these women are put together in a room! Stay tuned for our short film, #Devi on 2nd March on @largeshortfilmshttps://t.co/LCAnYjc2Pw@shrutihaasan @NehaDhupia @neenakulkarni 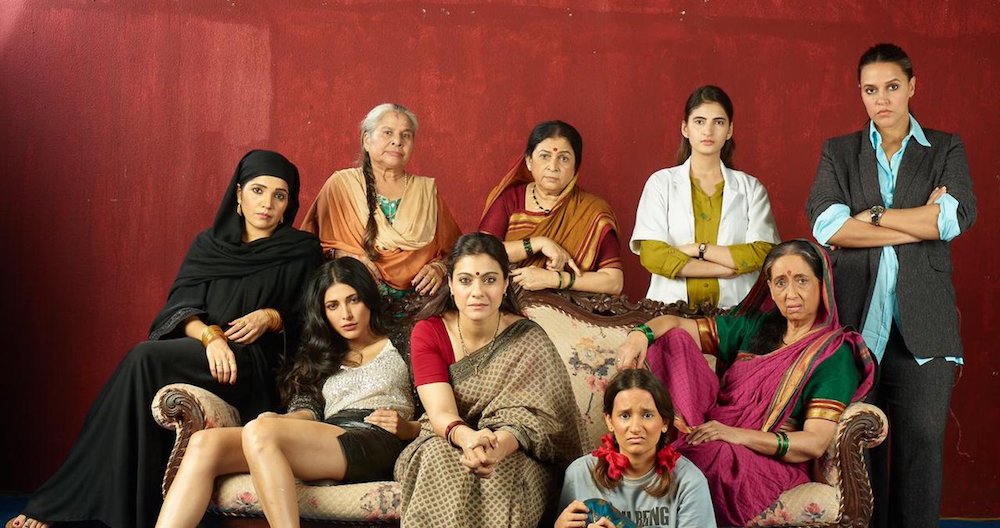 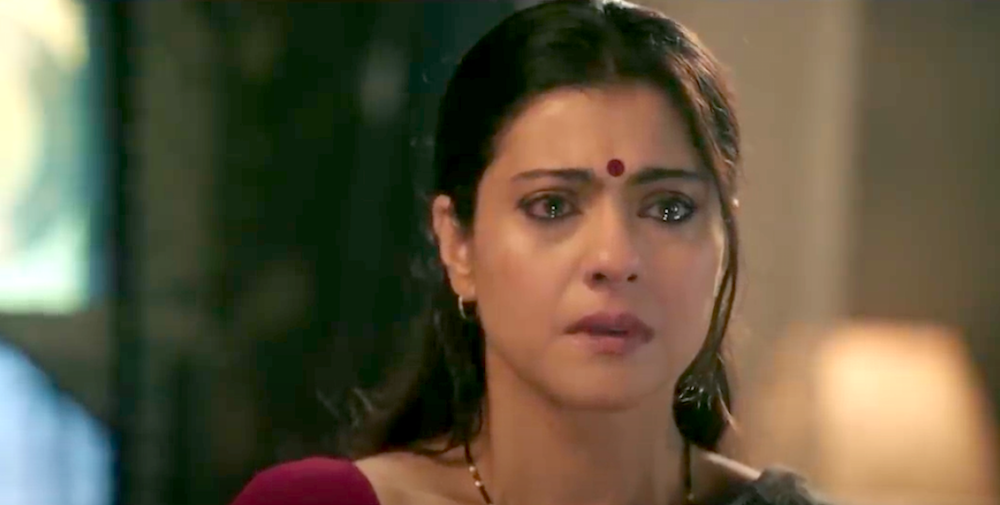 At The Support Centre For Rape Victims…

A look at this gruesome reality

Even by physical appearance the diversity of this group of women is established in the very first scene – various age groups, different social strata – medical student, English-speaking working woman, homemaker taking the arti-thali around the house, elderly maushis playing cards, party girl, teenager with a disability, burkha-clad Muslim woman waxing her legs, and yet all of them together in a crowded noisy room.

As the doorbell rings a debate ensues as to whether she, the visitor should be allowed in or not. It unravels that these are all rape and murder victims stuck in the same purgatory kind of space. Watching the news on their dysfunctional television which again symbolizes a media that has failed these women, they learn that their little space will keep getting more and more occupants every day.

They try to debate then the criteria of who is eligible to get a space there and bring forth the problematic aspect of sexual violence – that while they all have met a similar fate ultimately no two acts of sexual violence are the same and yet all are equally traumatic and tragic.

The gruesome methods of murder are also discussed, and finally it is decided that they can’t let those waiting outside wait forever. Since they were “adjusting” in their earlier lives as well they might as well adjust here. Jyoti played by Kajol in this short film Devi says- “….better than living with those demons.”

A commentary on women’s safety in India

The 13 minutes long film is a vivid commentary on the state of women’s safety in India, however the execution could be too nuanced to understand for a lay person. The first few minutes generate intrigue; it is much later in the film that it is established that these are all “dead women”.

The twist and final comment comes in the form of the newest member of the room brought in by Jyoti- a girl child. The end slate brings statistics and the irony of worshipping Goddesses where crimes against women and girls are constantly rising.

The film successfully showcases how rape and murder have become the ugly fact for Indian women across age, social status, religion, education and class.

The film has come at a time when the country is still awaiting the execution of the death penalty in the Nirbhaya gang rape case after almost eight years of the crime. The women in Devi are symbols of the women victims who have become mere statistics, and each case meets the same fate after grabbing social and media attention for a few days.

At home under lockdown, bored, but don't have large chunks of free time? Hindi short films to stream is the solution, all from the past one year.

At home under lockdown, bored, but don’t have large chunks of free time? Hindi short films to stream is the solution, all from the past one year.

During this time of global pandemic, all we have to do is stay at home, so that we minimise transmission of the virus, and help flatten the curve of the daily cases of coronavirus. But, even if we are working from home, it can become quite difficult to stay sane within the four walls.