Excuse Me, Did You Miss The Toilet Etiquette Class In School?

Just how difficult is it to clean after yourself, especially in an office setting? How long will you take the housekeeping staff for granted? They're humans too, you know?

Just how difficult is it to clean after yourself, especially in an office setting? How long will you take the housekeeping staff for granted? They’re humans too, you know?

I felt really angry and sad at the same time when a colleague said “But it’s her job to clean the toilet. Why should I wipe the toilet seat?” Well, this is how the story goes.

Back in 2016, at my first workplace, my colleagues and I were facing issues with the ladies washroom. There were some female colleagues from other teams who would use the washroom and not flush. They would sometimes even poop and leave without flushing.

Most of the times, the toilet seat would be wet with water and occasionally with drops of pee. When my colleagues and I would visit the restroom later we would be horrified at the sights we got to see. This made life really difficult for some of us and the housekeeping staff too.

Why must you make their job difficult?

The lady who cleaned the washroom was very open with me because I would greet her every morning and ask her about her well being. She often complained how some female staff made a mess of the washroom which made her job really difficult and irksome.

A couple of times, this issue was reported to the founder of the company and employees were told not to repeat such behavior. Some colleagues even made the effort of putting up posters in the washroom so that the mischief makers would feel embarrassed and amend their ways. However, I realised that such people remain unaffected no matter how you communicate with them.

This issue really troubled me as it wasn’t only painful for me and my teammates to use the toilets. But my heart also went out to the lady cleaning the washroom. She had to clean it several times a day and also flush poop, wipe toilet seats wet with water and pee. The staff who were exhibiting this behavior were not being mindful of this cleaner’s dignity.

I finally confronted the culprit!

This went on for several months. And after a point of time my teammates and I had identified one such person who had been making a mess of the washroom. I wanted to confront this colleague, but I waited patiently hoping that the posters would make her realise and good sense would prevail. Even after giving her some time, the situation was the same. And I thought of discussing the matter with her, in private. I wanted to convey my thoughts to her politely without making her feel embarrassed.

So, one day after lunch, I decided to talk to her. I took her to a quiet spot and with utmost respect and dignity explained my concern to her. And I also told her that other knew about the behaviour.

My other colleagues chose not to confront her because they did not want to ruin their friendship. I, however, had to take this matter into my hands and discuss it with her because my patience was over. But mind you, it was difficult for me as well. I knew that things may not be the same after this confrontation. Sometimes you gotta do what you gotta do.

I explained politely that it is very demeaning for cleaners when we leave the washrooms dirty after doing our business. Even the cleaners have dignity and it doesn’t mean that if it’s their job to clean toilets we take them for granted.

It is our duty to clean our own mess. She said, “But it’s her job to clean the toilet. Why should I wipe the toilet seat?”

I replied, “You anyway wash your hands after using the washroom. So you can first wipe the seat dry and then wash your hands.” Though, I was really upset by the thoughts of this young lady I tried ending the conversation on a lighter note because she was embarrassed. Conversations like these can really make the air around you very tense.

Toilet hygiene is so important for women as we are prone to catching infections easily. Most women catch UTI or other infections because of unhygienic washrooms. Holding your pee for too long can also be detrimental to health. I hope as women we can be sensitive toward other women.

It happens everywhere. Why?

My heart breaks at the sight and thought that even in the 21st century people behave this way. I realised that no matter what fancy brands you may wear, or boast about big things in life, if you do not have basic manners everything else is a waste.

If you think that your education and luxury can fetch you to have someone to clean your mess. And that it is below your dignity to do your own job then I don’t feel sorry in saying that you are only literate, not educated.

I’ve not only experienced this in offices and malls but at five stars hotels too. Once, I was attending a workshop at a five star hotel and experienced the same state of affairs there as well.

I had the housekeeping lady tell me with disgust how women come and make a mess. She said, “Apne aap ko bhut padha likha samjhte hai lekin toilet use krne ki tameez nahi hai.” (They think of themselves as extremely well-educated but don’t have the manners of how to use a toilet)

Imagine life without the housekeeping staff?

Housekeeping services are very easily available in our country unlike the west and that’s why I feel we do not respect those people doing. No one would want to do a job that is not considered praise worthy in the sight of men. But understand that it is circumstances that lead people to do these jobs. Some are not educated enough, some have children to educate, households to run, ailing parents and what not. The circumstances can be different for different people.

We need to learn to be sensitive and understand that no job should be looked down upon. At the end of the day we are all trying hard to put food on our table.

Let’s be a little more sensitive, shall we?

I hope each one of us develops empathy and sensitivity toward our support staff. Let’s learn to make their jobs easier as they make ours. I hope parents and schools focus on teaching young children toilet etiquette and being sensitive to the needs of others. What’s more, I hope offices hold workshops to sensitise staff on such issues.

May we never threaten anyone saying, ‘Apne kaam se matlab rakho nahi toh naukri se nikalwadungi’ (Mind your own business, or I’ll have you fired!)

This is what a housekeeping staff in another office told me when she asked someone politely to not drop water on the floor while washing hands. 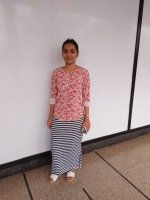 I am someone who believes in living a simple life and uplifting everyone I meet, by a kind word or deed. Also, passionate about dogs and food. read more... 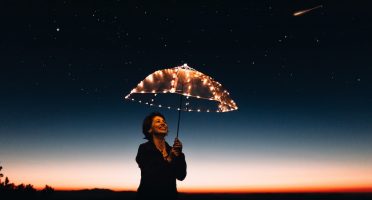 I Didn't Have The Easiest Life Growing Up, But It Taught Me A Very Important Lesson