Get Married Only When You’re Ready, Not When Your Parents Are

Whether a love marriage or an arranged one, these relationships take efforts and commitment. Here’s why you need to be ready before taking the leap.

In the Indian society, there are a number of misconceptions regarding marriages. The topmost of these being that arranged marriages work better than love marriages.

However, I don’t think this is a valid statement. I believe marriages work because two people have successfully worked on their relationship and on making their bond stronger than the tiffs. These labels of love or arranged shouldn’t really come into the picture.

You need to be ready to be married

While I believe in the institution of marriage and its sanctity, I am also of the opinion that one shouldn’t get married until they feel ready to make that commitment. You need to have attained the emotional maturity and appreciation for love and this long term association. Before taking such a major decision in life, it is important that you have clarity and stability in your mind-space.

It has been a year and half since Kabir and Shalini got married. Theirs was an arranged marriage set up by both sets of parents.

While Kabir was in his late 30s, Shalini was in her late 20s when they got married. Shalini had recently completed her higher studies and Kabir worked as a government employee. Within the first few months of the marriage, problems started erupting their life for one reason or the other. It was clear that the basic understanding and foundation of the marriage was missing in theirs.

For starters, Kabir wasn’t even ready for marriage. So when things started going badly in his married life, he started blaming his parents, since they had been hell-bent on getting him married.

On the other hand, though Shalini did everything to work things out, she felt like she wasn’t valued by her husband. She craved for his attention and care. And the lack of all this made her extremely insecure.

A number of their fights were due her insecurity. Even Kabir’s parents started saying that she was trying to control her husband. Kabir, clearly, wasn’t the guy to be controlled because his life had always been his own.

Maybe Kabir wasn’t aware that once you got married, you go from ‘me to us’ and the relationship wouldn’t survive only his way. One needs to consider the partner’s sentiments too.

As things started unfolding, it just went from bad to worse. Shalini left her husband’s home within 4 months of married life. Although things settled down amicably this time, it wasn’t meant to last for long.

They remained together for close to less than a year, but things went awry again. And this time, both the families got involved, which just made the matter worse where they hurled accusations at each other. Right now, they are living separately after having gone through several ups and downs in the year and half of their married life.

Being a close witness of the lives of these people, I was analysing all these things and wondering what could be done to avoid such circumstances. I found myself thinking if there were any way to deal with these things amicably.

Don’t rush into it for any reason

Having never been married or in a relationship, I am not a relationship counsellor. But, I’m human enough to feel pain for the people I’ve known. This case is a clear-cut example of what happens when you’re not ready to be married and you don’t even have the understanding of what it is all about.

It is highly important for any person, to understand that if you feel you’re not ready for marriage, do not get married. Don’t rush into this thing out of peer pressure, age factor or your parents’ influence. You are not doing any service if you’re getting married to someone.

If you do not have a decent understanding of the sanctity of marriage or appreciation for love and commitment, please do not get married. You won’t just destroy your own life, but someone else’s too! A marriage takes place between two people and it is both their responsibility to make it successful.

It is vital that you think before marrying

It’s an investment of time, energy and sentiments for a lifetime. Marriage is a bond where people are so intimately connected that even slightest things affect the other. It takes an enormous level of consciousness to realise this. But the sad reality is that a majority of people are not even aware of it when they are get married.

Getting married should always be your own decision, not anyone else’s. If you don’t take the responsibility for this decision, you will only act like an irresponsible adult and blame people around you when things go wrong.

Another thing worth mentioning is the involvement of parents in the life of their married children. It is a lot better if married people sort out things on their own rather complaining to each other’s parents. Isn’t it a more sensible way of approach in order to attain an amicable relationship?

I’m in no way diminishing the importance of parents and the wisdom they carry with their years of experience. But, how many times do we really see parents being unbiased towards their own children?

Like I said, in this case, things went from bad to worse with the involvement of parents. None of them were willing to sort out the problems. Instead they were more interested in protecting their own children from the blame game.

They just need some guidance

I feel that both of them need guidance more than anything right now- and if done without prejudice, their parents can play an important role. If they can look at the situations without making judgements, taking efforts and not playing the blame game, it might help them solve their tiffs. The couple needs to understand that their relationship is bigger than the fights they are having.

It will definitely help them view their circumstances with clarity and a broader perspective in order to work on their relationship.

If they can look at their situations without making judgments, make efforts to sit them down and tell them they sort out things on their own without playing the blame game, to help them understand the importance of their relationship, the value it holds which is much more than their tiff. It’ll definitely help them view existing circumstances with clarity and broader perspective in order to work out their relationship.

A version of this article was first published here.

Picture credits: Still from Amazon Prime series Made In Heaven. 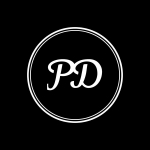 Arranged vs Love? How About We Let The Partners Decide?

Is There A ‘Secret Mantra’ For A Successful Marriage?

#ReachOutThursday: My In-laws Never Wanted A Girl Child And Hell Broke Loose After I Gave Birth To One!