A Girl Child Born To A Family Was A Curse…

We do not realize certain issues still pertaining in our country until and unless it happens in our own family and the change starts from there..

It was a Sunday morning and the phone rang. My mom picked up the phone and there was my uncle (my mom’s brother). My mom’s voice sounded very excited as well as worried and i could only hear these words – “Is it? When can we expect?” and after some time she cut the call.

I ran to my mom and asked her, “What is the matter mummy, why are you so worried?” For which i got to know that my cousin sister has been admitted to hospital and today is her delivery. I was so excited to know the good news soon, but that excitement did not last long when I heard my mom saying, “I hope she will have a boy.”

Shocked by these words I asked her,”But why mom, why are you praying for a boy child, why not a girl child? Why are you not praying that she should have a healthy child regardless of boy or girl?”

But my mom made me realize that we all wished for a healthy child but if a girl child is born to her, it would be curse to her as her in-laws are expecting a boy child and they can go to any extent if she delivers a girl child.

I was shocked and did not know what to say. I was thinking that it is so strange that India is so modernized but some of us are still not civilized, Some of us still think a girl child is a curse to the family. When the ability of a girl is equal and sometimes better than boys then why still a girl child being born is a curse and a boy being born is a blessing?

We were eagerly waiting for the news I do not know what to say, a good news or a bad news. The clock struck 5 in the evening and the phone rang, we all ran towards the phone and my mom answered. I just heard,”Oh, now what have they decided.” And she cut the call.

I asked her,”Mom what is the news?” On this she said ,”She had a girl child. And her in laws have decided to admit the baby to orphanage.”

I was devastated, I did not know what to do, what to say, nothing was in my hands to help out. I thought it would be better to call up my cousin, but how would she be available at this time? So I called up my uncle and asked him to give the phone urgently to my cousin.

Somehow I got to speak to my cousin, and I could’nt stop myself from pouring out the questions. I asked her “Ananya how are you and what am I hearing? Are you also in support of your in laws to send your baby to orphanage?”

On this she just burst out and said that she wants to somehow stop her in laws but she doesn’t have the courage to speak up. I was astonished and i shouted at the top of my voice, “Speak up?,what are you saying Ananya? You are saying you can’t speak up for your child, you cannot standup for your baby? If that is the case then you are not fit to be a mother. If you do not standup today, then you can never standup.”

Saying this I cut the call in frustration. I know it would have hurt her, but saying few rash words were important for her to take the right decision.
Now its been one year and am so happy to be playing with my niece. If I would  not have taken that step, I would not have been experiencing these beautiful moments.

What happened next after my call was really surprising. My cousin went out of her room, shouted at the top of her voice that if any one tried to separate her and her child it would not be too late for them to be behind the bars. Her in laws were shocked. They could not believe their eyes. She had got so much courage. After all she was a mother and the power of mother cannot be described in words.

Today she thanked me and said that her in laws are now considering their grand daughter as a blessing because as soon as she was born they have been successful in their lives and her in laws are in love with her naughtiness and always spend time with her.

She said me “You know, its only because of you that I could change the perspective of my in laws towards gender discrimination. Now they believe that girl child is an angel send from heaven.”

I just thought about that if one family can change because a mother stood up for her child then we can change the perspective of whole country if every mother stands up for her girl child. There are so many places where women are forced to abort a child because she is having a girl child and she is unable to speak for herself, her rights and her wishes. Even though it is illegal in India, but crimes happen behind the scenes. 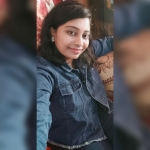 My Boys Will Miss Their ‘Teekey Wali Bua’ This Navratri, But We Can Keep Memories Of Her Love Alive

Loss Of Virginity Not A Big Deal For Girls On Indian Campuses; Consent Is Key