We-Men @ Work, a new book by author Sanchita Ganguly, discusses the need for gender neutrality in work places and what it really means.

We-Men @ Work, a new book by author Sanchita Ganguly, discusses the need for gender neutrality in work places and what it really means.

I picked up the book We-Men a week ago, which the author calls a Conversation starter for practicing gender neutrality at Indian Workplaces. As I turned the pages, I was wondering why one would need to read such a book and who should read such a book.

The book deals with a number of topics including gender equality, and girls growing up with the ‘values’ emphasised upon them time and again. It also talks about the same girls getting into the workforce only to realise that the so-called values contradict the organisation behaviours and the myth of work life balance. These are topics that have been spoken of umpteen times.

Having grown in my corporate career of 25 years, I believe I have figured out the whats, whys and the hows of all of this. Hence, I assumed that everyone else can also figure it out, especially given the focus on gender diversity today.

Why this book is important

As I was mulling over these thoughts, I happened to be invited to deliver a talk to a group of young women in the age group of 20-30 years. This was a  part of their leadership training. During lunch, some of them came over to me and we got talking about how I had dealt with certain situations during my career. They were so happy to take back those examples as tips to deal with their own situations.

One of them narrated this story (let us call her Kala) – Kala was chatting up with a male friend who spoke about opportunities for women. He was sarcastically saying that organisations go overboard trying to help women grow in their career and women decide not to take on the opportunities.

Kala was trying to empathise with the woman and give some explanations for why she might have decided not to pursue the opportunity, but the man would not change his mind. She asked me how one can deal with such men and such situations. This is when I realised that a book like WeMen, is required and would help start some conversations on such topics.

The book has been structured into 5 parts. Part one deliberates upon Gender equality vs Gender neutrality. Well, we can go about calling it anything, but the highlight of this chapter to me was- it’s probably easy to hire women, but the challenge for the entire ecosystem is to retain them.

Why is the retention so difficult? This is where the conversations need to happen. Conversations about biological differences, sanitation, hygiene (especially when women travel to remote places where the adequacy of the sanitary facilities is not known), motherhood vs fatherhood and finally, safety.

The bottomline is that making policies gender neutral rather than women friendly will help eliminate some of the bias as well as the comments Kala had to hear.

Women’s transitions are important too

Part 2 talks about society and the entire ecosystem playing a large part in the way the woman grows up. Thus, these conversations cannot be restricted only to workplaces. A large part of the current situation is due to the conditioning of both genders at home and in the society, and unless the change starts there, one cannot expect transformations in the work place.

Part 3 deals with a woman’s personal and professional journey starting from the first job after college to career growth which happen at the same time as she moves ahead in her personal life (i.e marriage, motherhood etc.)

It would be an eye-opener to many – conversations which will make the others empathise with a woman’s emotions and mindsets. In fact, while reading this chapter, I was trying to recollect how it had been for me when I went through these personal transitions.

The fact that I needed to be reminded, having gone through it, the ones who are yet to go through it or would never go through it would definitely need to be made aware of it.

Part 4 talks about work life balance, and for both genders. I completely endorse the views on ‘chosen ceiling’ and ‘glass ceiling.’

It’s perfectly all right for anyone to decide what his/her ‘chosen ceiling’ for the moment is, and take that time off from the rat race. As I say, everyone needs to run their race at their own pace!

Part 5 is where she talks about who can help in this agenda, and it’s heartening to see that no one is spared! This is not a book for women. It’s a book to enable conversations to start among men, trainees, and anybody around the workplace and home.

More conversations bring about more influence and hence, gender neutrality (as the author calls it) can become real.

I am glad that she has created a Linkedin Page so that conversations can start there and then, take the shape of chai pe charcha and coffee conversations and start moving to real actions! 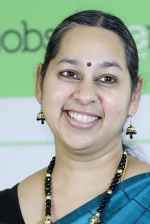 My professional experience of 25 years has been in the Information Technology industry managing large teams, delivery of IT projects, Operational excellence and customer delight for large banking capt ives. Since I am very passionate read more... 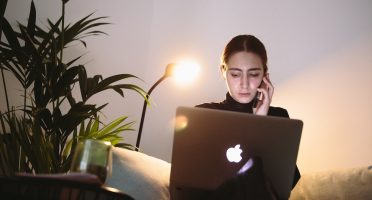 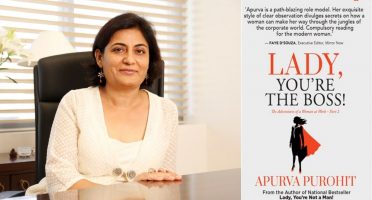 Why Apurva Purohit's New Book 'Lady, You're The Boss' Should Be Read By All Working Women 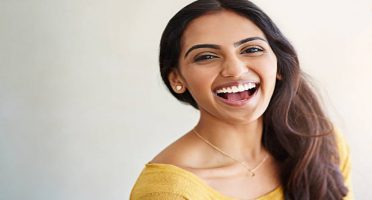