‘Log Kya Kahenge?’ Why Practically Everyone Is A Conspirator Of Silence

Conspiracy of silence- when people agree to keep mum about uncomfortable topics. From domestic violence to sexual abuse, aren't we all conspirators?

Conspiracy of silence- when people agree to keep mum about uncomfortable topics. From domestic violence to sexual abuse, aren’t we all conspirators?

In the year 1991 there came a telefilm about the kidnapping and murder of a Cree Aboriginal woman, Helen Betty Osborne. Titled Conspiracy of Silence, it was produced by CBC and spoke of a heinous murder of a young woman in Manitoba in 1971.

It highlighted the roadblocks that come in the way of justice. Although the murderers were finally brought to book, it took sixteen years for them to be convicted. This happened after an appeal was made through a newspaper advertisement for the witnesses to come forward. That it took years for people to break their silence was reason enough for justice to be delayed.

What is a conspiracy of silence?

So, what do we understand by ‘Conspiracy of Silence?’ Also called ‘Culture of Silence,’ the expression refers to a group of people at home, in school, college, and at work, who have an unspoken agreement not to bring to light uncomfortable subjects or anything that doesn’t work in tandem with societal conformities.

A few simple examples would include playing down of a piece of news by media houses that is likely to upset their advertisers or the general public or even the power houses; not pointing out discrepancies at work from fear of annoying your boss or losing out on a prospective promotion or not standing up for oneself when abused to avoid embarrassment or more violence.

The settlement of silence

The Conspiracy of Silence is also a television documentary broadcasted in 1995 in the US. Its centre of focus was domestic violence and abuse. The documentary called attention to a kind of settlement between the perpetrator and the abused.

In such a settlement, the former expects the victim to keep silent about the abuse and the victim goes along to maintain peace and calm. It tells us how domestic violence is not limited to a particular culture or class.

We live in a society where it is sensible to keep everything under wraps. From physical abuse to mental harassment to sexual assault. There is a queer silence that surrounds such grave issues and they are mostly spoken about in hushed tones.

Have you ever observed the uneasiness that permeates a gathering when such a topic comes up? Almost everyone knows it exists but they choose to keep silent about it and not stir up the hornet’s nest. Sometimes this happens because of the taboos involved and at other times because of fear.

We shirk from talking of filth

Even in ties of social media, we happily put up pictures of travel but shirk from talking about the filth that needs to be cleared up. And so, when something wrong happens, it is not just the culprit and the victim. But also the conspirators of silence that stand to be blamed.

If you believe that an old relative must not be brought to book and should be ignored for being a predator, you are the conspirator of silence.

Or if you believe that you can choose to overlook the miscreant that your boss is because it doesn’t involve you directly, you are the conspirator of silence. Why? Because:
“The protocol of abuse isn’t hard to keep
How tough is it, after all, to be the sheep!”

In wake of the recent atrocities against women in society, it is important for each one of us to break the conspiracies of silence. 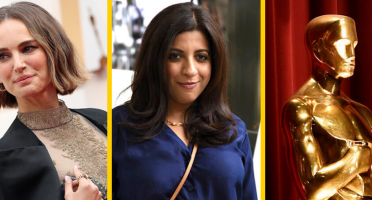