Despite creating sensitive, nuanced cinema year after year, women directors are missing from nominations - only Kathryn Bigelow has received it for The Hurt Locker, a film that appeals to male sensibilities.

Despite creating sensitive, nuanced cinema year after year, women directors are missing from nominations – only Kathryn Bigelow has received it for The Hurt Locker, a film that appeals to male sensibilities.

At the recently concluded Oscars 2020, Janelle Monáe kicked off her performance with ‘Hello neighbors!’ She spoke, loud and clear, of the need to celebrate the art of story-telling with all ‘those voices who are long deprived’.

Donning a bowler hat, Monáe made sure to call out the lack of nominations of female directors this year, despite the fact that some of the most phenomenal films including ‘Little Women’ and ‘A Beautiful Day in the Neighborhood’ were from women.

Before Monáe took on the stage, Natalie Portman stepped out on the red carpet wearing a cape embroidered with the names of female directors who were not acknowledged by the award show. Let’s look at the trailers of their movies, shall we?

Marielle Heller (A Beautiful Day in the Neighborhood)

Céline Sciamma (Portrait of a Lady on Fire)

The interesting bit is that Gerwig DID NOT receive a ‘Best Director’ nomination for Little Women despite the film being nominated in six categories.

The Academy has rated poorly in nominating women in the director category over years. This year was no surprise, but stood out blatantly because of the outstanding films directed by women in 2019 (and not a single name being on the list).

So, did the Oscars miss an opportunity to create history? Well, YES!

A matter of how nomination opportunities are structured?

In fact, if the rules for nominations are closely observed, it may be said that they are stringent enough to not allow female directors a chance to be nominated (like having two directorial credits in the last ten years which is a rarity due to fewer opportunities).

Fact Check: Kathryn Bigelow is the only woman to have won the award for ‘The Hurt Locker’ (2009).

Yes, we still live in a world where parity in popular fields such as film-making/direction seems a distant dream, considering that these fields have the power to lead by example. However, Janelle Monáe and Natalie Portman are apt examples of what it means to show some sister-love and what sisterhood really means!

What about the Indian Filmfare awards?

Closer home, the Filmfare Awards are considered the Indian counterparts of the Oscars. Women directors in Indian Cinema seemed to have received better recognition, although there is much left to be achieved.

Despite all of this, it’s time the world gets ready to applaud its (not so) Little Women. 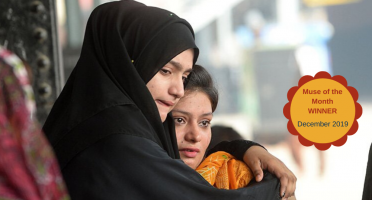