Why Does The Apple Ad On World Cup Cricket Feature Only Men Playing Cricket?

The ICC Cricket World Cup is going on. Yes, this is a cricket match where only the men in the world play. But loads of women watch the matches and cheer for their teams around the world. But have you looked at the Apple advertisement?

This features only the men playing cricket in different strata of society. Are Apple phones only for the men? Can women not buy Apple phones or use them? Is cricket only for men? What is this company trying to say? Why do they show the women only cheering for the teams in the stadium? Why don’t they show the women commentators? Why is there no T-20 cricket where men and women cricketers can play together?

If famous companies show this, then what is the message that we are giving to our children- that cricket is only for men? Why can’t women play cricket in the neighbourhood streets? They just show an old woman cheering for the team. At least they could have shown some little girls playing cricket.

I was shocked and saddened. Why can’t we have equality for women in all areas? I am asking these questions as I am a big fan of cricket and it breaks my heart to watch such an anti-feminist advertisement during the breaks.

Image is a still from the latest iPhone Advertisment 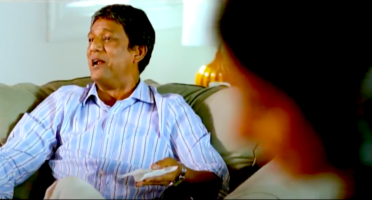