A talk with Anjali Ameer, India's first transgender model who has acted opposite Mammootty, Malayalam film industry's superstar. How did she reach where she is now?

A talk with Anjali Ameer, India’s first transgender model who has acted opposite Mammootty, Malayalam film industry’s superstar. How did she reach where she is now?

A few minutes into our chat, I sense that Anjali Ameer is a self-assured young woman, totally comfortable with who she was and what she wanted from life.

Meet Anjali Ameer, a rising star of the modeling and movie world of the South.

But it was not always like this. To start with, in her own words, “I was born in Thamaraserry in Kozhikode in Kerala, in a conservative Muslim family. Unfortunately, my mother passed on in an accident when I was barely 8 months old. I was raised by my mother’s sister in her house. I was not even aware of this till I was around 8 years old. To that extent, I had a happy childhood, but have not met my father very often.

I was fond of things everyone considered feminine from a very young age. My friends were always female, and I loved dressing up with jewelry, wearing make-up and even wearing high heels to school. I loved eye shadow. Everyone at home indulged in this liking and allowed me to do stuff like that. However, I do not think they took it seriously. It was when I was in Xth grade that I began to feel that I was a woman and attracted to everything that female teenagers liked.”

One can only imagine how things would have been for the young Jamsheer, as she was originally named. As a young teenager who dealt with these conflicts, Anjali reminiscences, “I began to read a lot about these feelings of mine while I was in Class X and realized that I was a woman inside my male body. When I broached this topic at home, I was met with an unexpectedly vehement reaction from everyone.”

In the meantime, she had a close friend who was a boy. She loved him and confided in him. It was partly because of this boy, that Anjali picked up the courage to run away from home. To make her own destiny. She reached Chennai where she was adopted by a trans family who really looked after her with a lot of love and taught her how she could learn to earn a living.  Their source of livelihood was begging on the streets and dancing at social functions. Anjali however soon grew disillusioned with begging and decided to return home.

Another reason for returning was her boyfriend. She was aghast to discover that he had never loved her – it had been only empathy.  She was so upset that she attempted suicide by jumping into the sea!

Luckily, she was saved. It was then that she vowed that she would never sacrifice herself for anyone else and would make the best of her own life. On her own.

To my question of whether the journey was tough for such a transition besides being emotionally draining, she answers “I left home again and went to Coimbatore. There I was lucky to find a ‘Trans-mummy’, who was my support all through the transition process. I did all kinds of jobs during this time. From begging to working in a call center. I also worked in a beauty parlor. I would save every paisa I made towards my surgery and laser treatment and endocrinologists consultations. The sex reassignment took 3 years.”

Anjali was crowned Miss Coimbatore and Miss Splendid India in 2015. Her participation in these contests was entirely by chance. As a person accompanying a would-be contestant, she was asked by the organizers to participate. The rest, as the cliché goes, was history.

Inherently a shy person, the grooming for the contests and then winning them gave her the confidence to enter the world of modeling. It was around this time that providence finally smiled on her.

A documentary that had been made on her was seen by none other than Mammootty, the superstar of Malayalam cinema. He recommended her for the best-known role of her life in Peranbu, a movie about a father and his autistic child. Anjali played a transwoman in the movie. Her work was highly appreciated, which finally paved the way for more films in Tamil and Telugu as well. 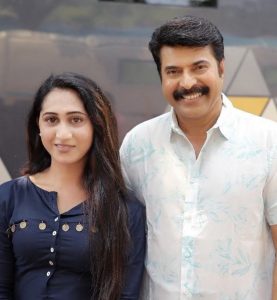 I’d read in an interview that Anjali identifies herself as a woman. She is quick to clarify that she is proud of being a transwoman. That is who she is, and it has taken her a lot of effort to reach where she has and is not ashamed of that journey at all. What she objects to is being introduced or thought of as Anjali Ameer, the transwoman actor. She wants to be known as Anjali, the actor. Any other tag she feels is a gender discrimination.

I agree with her. I have always argued against being known as Dr (Mrs) Aruna Menon. The title “Doctor” is enough as an identity. Why mix up gender with your ability or profession? That is incidental. “Exactly!” exclaims Anjali. We share a laugh.

Anjali feels that starting her transition early helped her, and that this is not an option many transgendered individuals have.

So much for her journey. What about the future? “Well, right now I have not thought too much about the distant future,” she says. “I am only 24 now. And another thing is, I believe in getting an education. I’m presently enrolled for a degree course at a local college. I completed my Plus 2 studies while I was in Coimbatore. I attend a regular college in Calicut. I’m doing Bachelor’s degree in Malayalam. I also have a dream of going to Australia and may like to settle down there, later in life. The acceptance and support there are much more than it can be in India, I feel. Let’s see how things turn out,” she concludes.

To my question about her future personal plans, she replies, “Yes, I love children and will like to adopt, but at the moment, I have to learn to stand on my own 2 feet and make an environment that is stable and secure for my future child/children. Maybe in my thirties, I will start a family.”

She recalls an anecdote. “The other day, someone asked me if I could adopt a child, since I love pets and have two of them! But the two things are very different; to adopt a child v/s to keep pets, isn’t it? I want to be ready and fully prepared for it before I take such a step. I have a partner who is supportive and loving and at this moment I’m very happy in life. The rest, I will take it as it comes.”

A very sorted person, I say to myself. Anjali is keen to spread awareness about trans persons and for them to have access to guidance in the turmoil-filled early years. She also believes the transition process should start at the right time to be able to achieve one’s potential in the gender one is comfortable with.

Her advice mantra is, “Look into the mirror. You will find the best person who can help you there.”

I conclude our chat and come away with a feeling of awe for someone this young, to have recognized herself, asserted her choices and made such a huge success of her life, in the process. Her voice is young and full of life and optimism. It would have been a long, lonely and arduous journey. Yet there is no trace of negativity or self-pity in her voice. Anjali Ameer has carved a place for herself in history for being the first transwoman in the Malayalam movie industry. But she is much more than that. She has shaped her own destiny.

I wish that every dream she sees for herself comes true.

Attagirl, Anjali Ameer. Take a bow. You deserve it. 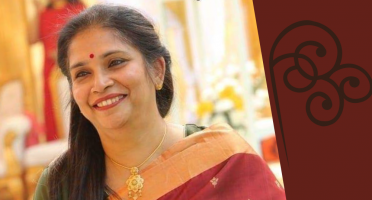 I Did My MBBS & MD Through Marriage, Pregnancy, Kids... And They're Proud Of Me!