A daughter in law is expected to 'adjust' to her in-laws' family, and our 'modern' sons are not taught to consider her as an equal partner in everything. This needs to change.

A daughter in law is expected to ‘adjust’ to her in-laws’ family, and our ‘modern’ sons are not taught to consider her as an equal partner in everything. This needs to change.

While penning my thoughts, I feel really disturbed and surprised the way we as society are so afraid of self-introspection.

We as a society are used to make an instruction list for daughters-in-law specifically. However, if examined properly, the root of the issue lies in the social construction of boys in Indian societies.

I prefer not to make an instruction list of Do’s and Don’ts for girls for a very good reason – there is enough evidence that their parental training and social construction never tries to think of them as a human being who has aspirations, a valued mind, and yes, her own way to lead life. It is an unfortunate collective failure of ours that we have reduced them to just property that gets transferred from one owner to another.

Let me instead address the modern son-in-law with whom a woman is going to lead her life, if she has chosen to get married in Indian society.

Firstly, this post is for the ‘modern’ boys who have been socially trained to be dependent on their mothers for every small task. Right from clothing to food, their lives are endlessly reliant on their mothers.

No, this dependency is not dangerous for them as individuals, but this dependency might shut the doors for their partners by denying them their own space to nurture the relationship with you. For them, this post has some interesting thoughts which they can ponder upon later to make their lives balanced and not ‘sandwiched’.

Secondly, this post is not for the boys are rational enough to stand with justice, who are independent in carrying their lifestyle and who don’t consider their wives as the ‘dangerous other’. If you fall in this classification, then you are really on a progressive note. You don’t need this post then.

Here are the recommendations I have for the boys / boy-men falling in the first category:

You too need to ‘adapt’ to her aspirations, choices and lifestyle

Most of the married women I spoken to are really distressed by the way they are told to transform their lives in the new household as per the whims and wishes of the in-laws.

The process starts right away from the basic tasks, for e.g. making tea. The new family tends to forget that a daughter-in-law too has her own style, own choices, and own aspirations of what she wishes to eat, wear and how much she wishes to sleep.

In my research, I found that eighty percent of married women were not allowed to touch many objects in their own room or change their arrangement, not even their mattresses or cupboards. Many of them emphasised that they were not even allowed to keep their belongings inside the room. The room would use for the first year was already so filled with old stored items that their belonging laid outside.

These narratives make us question – On what basis are we calling ourselves ‘modern’, if under any family pressure, a modern husband denies this space to his wife?

Most men are socially conditioned to be extremely dependent on their mothers for each and every task. This makes their mother an unquestioned authority figure in their lives. How can they be called ‘modern’, if they don’t have a mind of their own on how to let go of the apron strings and transform their selves for a better future?

This doesn’t imply disregarding their mother, but that they need to take a stand and let their mothers understand that they really need to be democratic and understanding enough to share her space now.

Most of the narratives of women in my study spoke about how the mothers-in-law would keep separate the clothes of daughters-in-law while putting them in a washing machine. They recalled, how this notion of purity vs pollution, disheartened them for a long period leaving their marriages strained.

In such situations, the husband needs to stand with his wife so that she feels that she is valued in the new space. If ignored, these are the strains which may ruin your relationship further.

Let the past go

Most of the times, the husband might feel connected to the old memories so much that it could actually stop him from creating new memories. A modern husband needs to make an effort to let the new relationship flourish and let new memories take their own space.

The woman who just entered a new environment and atmosphere, will surely bring some dreams and aspirations as well. Don’t crush them by keeping yourself tied to old memories. Letting her be ‘excluded’ from this space will make your life rigid, darker and more dystonic. But her inclusion in each and every new memory will surely bring new hopes and positivity. So, let the past go and present be your sunshine.

She is not the ‘dangerous other’, she’s as ‘equal’ as your other family members

I can’t forget the story that a working woman narrated to me for this research (which I later found common among married women):

‘Post-marriage, I was treated as if I had no identity of my own. Even though I was a working woman, I had my own savings and earnings which I wished to share with him. But I realised gradually his thinking was completely different. For him I was an ‘external’ force who might destroy his family by accusing them in some legal contradiction for property or for dowry or for I don’t understand something else. He feared me as a ‘dangerous other’ who would inflict harm on ‘his family’. After a long period of trauma, I decided to divorce him. Today, even when we are separated, I wish that he and his family stay happy and healthy forever. I feel that this fear generated inside him by constant perceiving of me as an ’other’ of his family has ruined our lives. I still remember, outside home he was such a happy partner who would love to do everything along with me equally. However, inside the house, he would dehumanise me by perceiving me as an ‘other’, an ‘enemy within’, a ‘burden’, a ‘nuisance’, a ‘silent’ harm. He says that he does that because he cares for me. But I don’t understand what kind of caring this was? No, it was not. It was, humiliation indeed!’

Does above narrative suggests that there is something wrong in the social conditioning of our sons and brothers? Let us start working on preparing a list of things we need to take care of while raising our sons and brothers as the ordinary individuals who need to share their spaces with their partners equally in each and every sphere of life. If this concern is left untreated, will we ever be able raise sons and brothers who will treat their partners fairly or should we let our daughters-in-law die silent death in their marriage chambers? Think. 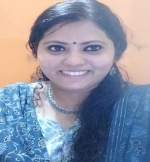