Today, on World Environment Day, let's learn about Wangari Maathai, the Kenyan woman who made the entire world think about how trees are critical in preserving the health of our planet.

Today, on World Environment Day, let’s learn about Wangari Maathai, the Kenyan woman who made the entire world think about how trees are critical in preserving the health of our planet.

Through ages, women have taken centre stage in protecting the environment. Dr Vandana Shiva, the founder of Navadanya, often mentions that the worldview of women in India was a worldview of abundance.

For instance in traditional Indian homes, women left food for ants at their doorstep when they created art in the form of rangoli and wove beautiful designs of paddy so that birds could feed on them. The thought behind this was based on the Earth democracy or ‘vasudhaiva kutumbakum’ (which means that the entire world is one family).

In other parts of the world too, women have been at the forefront and one individual, in particular, has always inspired me. She is the Kenyan born, the late Wangari Muta Maathai (1940-2011).

Who was Wangari Maathai?

The prize was conferred to honour Wangari Maathai’s work towards creating the Green Belt Movement in Kenya. This grassroots movement which started as a small movement on World Environment Day way back in 1977 soon snowballed into a mass movement with over 20 million trees planted to prevent soil erosion, arrest deforestation and provide firewood for cooking fires.

Subsequently, this massive reforestation programme in Kenya also spread to other African nations.

Maathai was the first African woman to win the Nobel Peace Prize since its inception in 1901. She was also the first woman in central or eastern Africa to hold a doctoral degree and head a university department in Kenya. Born in 1940 in one of the most successful ethnic groups called the Kikuyu tribe, Maathai had her early college education in the United States of America and earned her doctoral degree from the University of Nairobi.

Maathai’s life has been a chequered one. On the personal front, her husband deserted her and their three children, as he found her ‘too strong and too educated’. She often cited her own life as a message to other African women, and would say that women needed to be strong and liberate themselves from oppression and silence. She would aver, women are responsible for their children, and they cannot sit back, waste time and see them starve.

The Green Belt Movement saw about 50,000 women being involved in the programme. They worked in about 1500 nurseries by planting seeds, taking care of saplings and distributing them across Kenya.

This work was immensely important to Kenya as at that time the forest cover of the country was a mere 2%, which was far below the recommended minimum of 10% by the United Nations.

Thanks to the movement the forest cover currently stands at 7 % and aims to cover 15% by 2022.

But Wangari Maathai’s journey during her lifetime was a long and difficult one. In 1977, when she left the university job to start the reforestation programme, she hardly anticipated the hostility she would have to face in her own country. For a seemingly innocuous activity like tree planting, Maathai even had to face attempts on her life. The main resistance came from real estate developers of Kenya.

In one instance, she was thrown out of her own office as she was opposing the construction of a 62-storied skyscraper which was slated to come up in the Uhuru Park- the Kenyan capital’s main park, one of the few open spaces that were left in Nairobi. However, Wangari Maathai succeeded in stalling this construction.

A true inspiration among women

Wangari Maathai always believed that the environment was integral to the existence of the human race. She would say that many of the world’s major conflicts have been caused by the degradation of the environment resulting in resource scarcity and triggering protracted conflicts. She often used a Biblical analogy to stress upon the importance and complexity of the environment by saying: ‘God created the planet from Monday to Friday and on Saturday he created human beings’.

She also worked tirelessly on issues of ethnic violence and displacement in Kenya. She has often stated that human beings are part of biological diversity and if we cannot protect our own species we cannot do much to save the rest of the species.

The world community could not ignore her exemplary work as an environmentalist and a leader and in 1998, she was voted Time Magazine’s ‘Hero of the Planet’. Other honours include the Goldman Prize in 1991, ‘The Right Livelihood’ award, the United Nations ‘Africa Prize’ for leadership and the ‘Golden Ark’ Award. 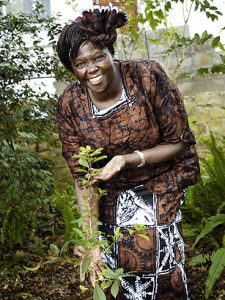 In December 2002, Wangari Maathai was elected to the parliament with a tremendous 98% vote. She was consequently appointed as assistant minister for Environment, Natural Resources and Wildlife.  Her memoir ‘Unbowed’ stresses the connection between environmental conservation and good governance. At age 71, the Time magazine described her as someone who “inspired women to stand up for themselves against a corrupt and patriarchal government.”

Wangari Maathai’s advice to the world was that we have to embrace a future that is common to all mankind. We have to achieve a sense of urgency and develop an appropriate model for sustainable development to provide a world for future generations which will provide energy, be free of pollution, be rich with biological diversity and have a climate to sustain all forms of lives.

Register at Women's Web to get our weekly mailer and never miss out on our events, contests & best reads - you can also start sharing your own ideas and experiences with thousands of other women here!
environmentwomen achievers 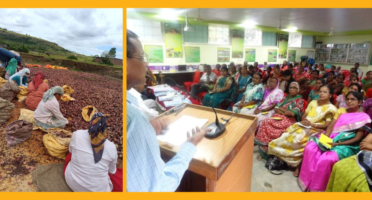 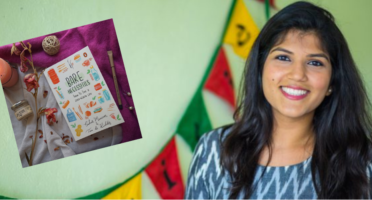 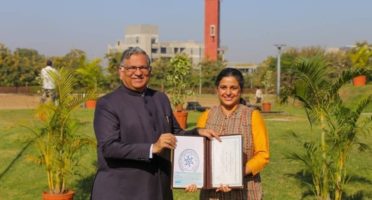 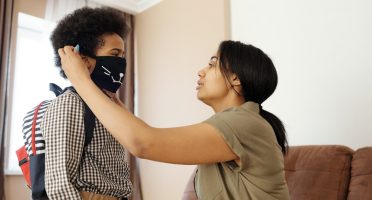 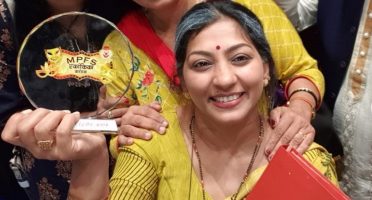 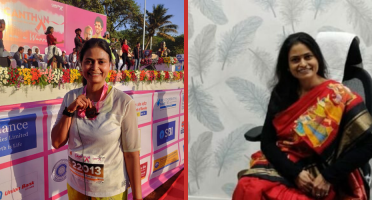