Standing Up To The Great ‘Daughter Grooming’ Project

Her parents wanted her to make everyone happy and in turn, they desired to be praised for the great grooming project that they were forcing upon their little daughter.

Her parents wanted her to make everyone happy and in turn, they desired to be praised for the great grooming project that they were forcing upon their little daughter.

The writing cue for June 2019 is these lines from Indian-born Canadian spoken word and Instagram poet Rupi Kaur, whose poetry is some of the most quoted in recent times. Check out the lines here.
“what is the greatest a woman should learn
that since day one
she’s already had everything she needs within herself
it’s the world that convinced her she did not””

The first winner of our June 2019 Muse of the Month contest is Missree Vachhani.

Standing Up To The Great ‘Daughter Grooming’ Project

“Aww.. that is a wonderful picture, honey. Why don’t you help your mom in serving the guests? You can draw and play with your friends later.”

“You are too old for coloring books.”

“Roma, why do you still buy frocks for her? She is getting older. Buy her clothes that cover her legs.”

“Oh dear, you are getting chubbier day by day. Roma, please do something. Who will marry her if she keeps getting fat?”

“You scored very well, dear. We would be very proud of you if you also learnt to cook Punjabi cuisine. See, you should be able to cook all types of food.”

The voices in her head were interrupted by a sudden knock on the door. The draughtsman wanted to validate the designs. As he made notes, she quickly sipped her coffee, zipped her purse and headed for a much-awaited meeting.

Kiara Mehta, a highly acclaimed personality in design world, heads an award-winning interior design firm at Ahmedabad. As her car was wading through the traffic, she drifted down the memory lane.

She was the eldest daughter of a successful businessman and had two younger siblings, a sister and a brother. A bystander could never imagine the struggles she has gone through because her father was a rich man, her family was highly respected in their community and she was sent to one of the best boarding schools. But, education and riches are not the guarantee of open-mindedness. She was summoned back home in her 8th grade as her parents wanted to prepare her to be a good girl.

Any child would love to be with her parents. She was excited to be back and started making new friends at her new school. But, her happiness vanished quickly. There was always something going on in her large family. Someone was getting married, someone was having a baby, someone was celebrating their nth anniversary or birthday and amidst all this, her endeavors of serving the guests, preparing for the functions, cooking, looking pretty and pleasing everyone started. Her parents wanted her to make everyone happy and in turn, they desired to be praised for the great grooming project that they were forcing upon their little daughter.

She learnt to cook Gujarati, Chinese, Continental and many more cuisines.

She learnt to wear makeup.

She learnt to babysit her younger cousins.

She learnt all the household chores.

She started hanging out with her older female cousins.

Her performance at school started degrading. Her teachers complained her parents, but they never bothered. Her parents had two main agendas; to make her wedding-ready and in order to achieve that, she needed to lose weight. She was made to follow strict diet plans despite her constant complaints of feeling weak at school.

“But, I need to submit the assignment by tomorrow. Can I skip helping you in the kitchen today? Please Mom.”, she asked her mom.

“You can work on your assignment at night. Now, hurry up. The guests will be here any moment.” exclaimed her mom.

“How did I chop the vegetables? Do you like it, mom?” Kiara asked as she served the mixed vegetable curry.

“Hmm..They seem okay. But, they should be more finely chopped. Look at the curry prepared by Neha didi.”

Kiara was getting used to these responses. She tried her best to make her parents happy, but nothing was ever good enough for them. She tried being like her elder cousins, but the imitation technique also failed. By 12th grade, she was detached from her parents. She had stopped trying to attain her parents’ extremely high standards of being an ideal daughter. She had started questioning and arguing. Her behavior shocked her parents. They decided to send her to her grandparents’ place in the town nearby for her college education in the hope of making her learn good manners from the elders.

They failed. And, she discovered a lot about herself. Living away from her parents made her realize that she needs to be independent and there are many more things in life other than pleasing her family. Kiara was excelling in studies and started nurturing her interests- interior designing, travelling, reading and mentoring her juniors. She visited home during festivals and got mentally drained with the dynamics at home. They never let her dream and she felt as if she was being constantly evaluated by them. She had realized that her parents were the ones who made her believe that she is not capable of making big in life.  Then, she became a proud misfit in her family.

As she completed her college education, she moved to Ahmedabad to learn interior designing. With limited monthly allowance and two part-time jobs, she finally completed her program and decided to start her own design firm.

“Good girls get married at 22. They do not even dare to ask for fund for the startups.”

“We do not mean that you shouldn’t own a company. Let your husband decide that. First, you should start with a strict diet plan and get married.”

“But, why? Now, the monthly allowance is not enough for you. Why don’t you think of cutting down your expenses? From where are you getting these weird thoughts of earning?”

“Oh, you can always work for your husband’s business. Why go through the trouble of starting something new?”

Her family was coming up with all the possible reasons to stop her from starting her dream venture. She did not dislike her parents. They wanted the best for her; in their own way and without caring to know her choices. Unfortunately, their idea of a good child was too gender-biased for her to digest. No such statements were ever shot at her brother. She returned to Ahmedabad and this time, completely empty handed.

After a great amount of toil at part-time shift jobs, in June 2015, she started her design firm with two of her peers as her partners. The trio started with two residential projects. Rather than investing their time in searching for more clients, they worked with the same clientele for a year redesigning their office complexes, libraries, farms and summer houses. They received many references through them and started growing steadily. They rented an office space by the end of 2016.

It is 2019. Kiara Mehta is a well-known name in the design world. Her firm has won many accolades for its unconventional style. She is recognized as a thought leader in modern architecture. She continues to spread smiles by creating comforting, healthy and sustainable spaces.

As her car stopped in front of the Café, she glanced at her watch and stepped outside. She was meeting a young designer who had asked her to review her designs. She had sent her over twenty messages via Instagram. In her last message, she had pleaded for Kiara’s help because her own family did not believe in her passion and she had expressed that a meeting with Kiara was her last hope to keep her dream alive.

Kiara was highly skeptical of the messages being hoax. However, she was hopeful of the artist being genuine. Afterall, she was a living example of surviving the situation that was described by the girl. As she spotted a girl sitting at the corner table scribbling in her sketchbook, Kiara remembered the very moment when her father had refused to take a look at her designs for her own home.

It was just the matter of discovery. Because, she’d already had everything she needed within herself…

Image source: a still from the movie Badla 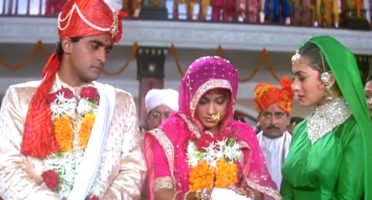 Why Are Indian Daughters 'Trained' To Be Superwomen And Expected To Leave Parents After Getting Married? 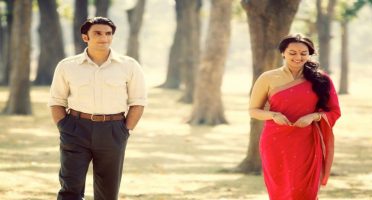 My Happiness Is Empty 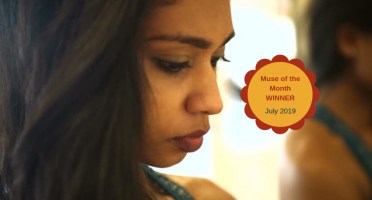 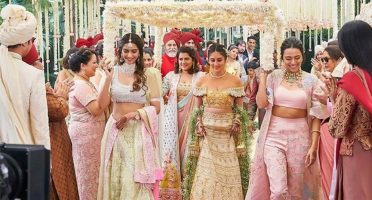