Nusrat Jahan MP from Basirhat West Bengal missed the oath-taking ceremony in the parliament because her marriage was also planned on the same day. Is it fair to judge her for choosing wedding over oath?

Nusrat Jahan MP from Basirhat West Bengal missed the oath-taking ceremony in the parliament because her marriage was also planned on the same day. Is it fair to judge her for choosing wedding over oath?

Judging and trolling celebrities and politicians for not performing their duties properly is not something new. Recently, actor and MP Nusrat Jahan became a victim of this.

Incidentally, the day she got married was also the day she was supposed to be at the Parliament for her oath-taking ceremony. Now the twitter is trolling her for choosing wedding over her duties. We ask is it fair?

Marriage is a planned event

It is indeed true that Jahan missed a very important day as an elected MP. But calling her irresponsible is not right. It’s not like she can’t take oath on the second day. She did miss the first day of parliament but this doesn’t means that now she is never going to attend parliament at all. Assuming that she will not cater to the needs of the constituency she is elected from isn’t fair.

We need to understand that missing the marriage that was planned way before the parliament session dates were released would have cost Nusrat a huge amount of money. 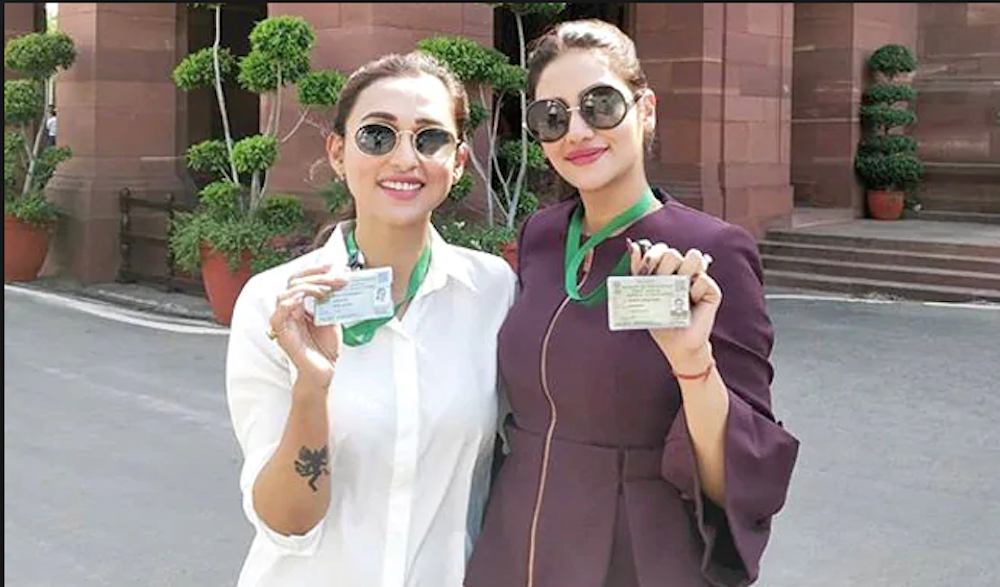 Two Suave (Female) Parliamentarians And The Hoopla Around their Clothes!

Why do people judge women so easily?

It’s not new for people to judge women if they give importance to their family or even kids.

There have been many cases where firms have been hesitant to hire married women. That too irrespective of their high qualifications. Because they believe that “married women have the burden of managing family, kids and relationships”.

Nusrat Jahan, however, proved to everyone that how competent and determined she is towards her job. She took her oath today.

The actress got married to Nikhil Jain, who wasn’t asked to convert. Being a Muslim she didn’t change her name after marrying into a Hindu family. Also while taking oath she came dressed up in a sari, with sindoor and took her oath in Bangla. Nusrat, by not leaving her Muslim identity, accepting her husband’s Hindu identity, and by being true to her Bengali culture gave the true signs of inclusivity in diversity. Something that many MP’s who have been there in the parliament from a very long time haven’t been able to deliver.

Recently, a couple in UP called off their wedding, because the couple differed over their politics, something they realised only when the bride and groom happened to meet over some arrangements. While the groom was a supporter of the current government, the bride believed that the govt has fallen short of doing its best for the country.

What is interesting to me, though, is that the news item that I came to know about this from called it one of the “bizarre reasons why marriages have been called off”, while citing other reasons like not having an indoor toilet, and the groom not being able to do math as similarly bizarre reasons.