Why I Celebrated My Husband Too, On Mother’s Day!

While the Millennial Dad is making his presence felt in more gender equal societies, we still need to catch up. However, meet the author’s husband, who’s as much of a hands-on parent!

Gone are the days when men paced about in their havelis stroking oversized moustaches while the labouring wife screamed in agony in the next room. Cut to the Millennial Dad – He is right there in the labour room holding his babymama’s hand, singing their ‘birth-song’ and urging her to push.

For this special species of dad, fatherhood is not much different from motherhood and is just as demanding. It begins with the ‘positive’ line on the pee stick test and from there it just escalates.

The Millennial Dad is out there getting a midnight snack to appease mama’s cravings, picking up a copy of What to expect when you’re expecting, reading Dr Seuss to the baby bump and juggling a demanding job on the side. His Netflix watchlist features The Letdown and he hasn’t watched the latest Game Of Thrones because mama is staying the hell away from blood and gore. Doctor’s appointments have replaced the boys’ nights in his calendar; he hasn’t partied in a long time now, and has given up his glass of whiskey in solidarity with his preggers partner.

Once baby is born, the Millennial Dad takes turns with mama to give baby skin-to-skin, gets peed on, pooped on, barfed on and doesn’t mind. He grabs a juice for mama as she nurses, bottle-feeds baby when she rests, and knows exactly how to burp a baby after a feed. He even knows how to change baby’s (almost rocket-science level of difficult) cloth diaper. The Milennial Dad can be spotted along with Millennial Mama at the park while wearing baby, grocery shopping with baby in the pram, and even at the paediatrician’s in time for baby’s shots.

But where is the Millennial Dad in Indian society?

Society sadly is yet to catch up with the cool Millennial Dad.

Recently, when my husband and proud daddy of my one-year-old, wanted to be present on the first day of day-care, we ran into problems.

First day of day-care is about mama being in the playroom with baby the whole time to see how baby adjusts to the new environment. When we went to the day-care centre, my husband wanted to do the first shift in the playroom and went in, while I watched their progress from the window. After a couple of minutes, the day-care coordinator told us that as a policy, they did not allow dads and that they had made an exception for us! But why did such a policy exist?! Apparently because dads, being males, would make the other (female) caregivers uncomfortable.

That school of thought itself requires an entire tirade devoted to it, but this is not that tirade. This is about society still considering men second-class mothers and secondary caregivers, when some of them often work as hard as we mothers do.

Time to abandon the stereotype, one step at a time?

Men, supposedly, are bad at child-care while women actually like it. While there is some evidence that women indeed seem to like childcare tasks more than men do (as evidenced in Tara Parker Pope’s NYTimes piece), it is hard to determine how much of it is biological and how much cultural.

When it comes to my household, there are certain tasks that always fall to me – tasks such as packing baby’s suitcase when we travel, planning baby’s meals and choosing his clothes. My husband still hasn’t figured out which vests are to be worn at home, which onesies are for ‘outdoor-wear’ and which pants are night-time jammies. On the other hand, my husband is the only one who can put our baby to bed without resorting to the milk-bottle. He also excels at giving our baby water out of a cup and at brushing his teeth.

When I am away, he can manage on his own, and when he is away, I can manage on my own. We both have our strengths and weaknesses as parents, but they do not seem biologically influenced at all. And the fact remains that he is just as involved, just as tired and just as overworked as I am. The only difference is that he as a dad isn’t celebrated, appreciated and applauded as much as I as a mother am.

When Aragorn said, “Deeds are not the less valiant because they are unsung”, he must’ve been talking about fathers. Fathers are not helped by society at all. They do not get maternity leave. They get a weeklong (joke of a) paternity leave instead. In most public spaces, there are no diaper stations in men’s washrooms and yet we talk about equal opportunities for all genders! The father’s contribution has always been unsung, unacknowledged and unsupported.

This Mother’s Day, I wanted to celebrate myself, but also my husband who is as much a mother as I am. I want to celebrate the fathers who have embraced motherhood. Gender lines are blurring and who can define what it is to be a mother and what it is to be a father? Better still, let’s just celebrate Parents’ Day when all of us parents can celebrate parenthood. Because as difficult as it is to push an 8-pound baby out of your body, it is at least as difficult to watch your loved one do it! 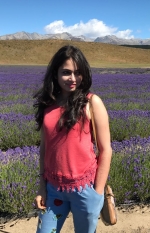 On Father’s Day, Filing An IPC FF To Recognise The Father Factor