Puberty, Education, Job, Marriage, Motherhood – the five levels to unlock before you win the game of Womanhood. Sounds familiar? Read on!

“You have achieved it.”
“You have been blessed.”
“Now you have everything in life.”

These are some of the words women get to hear when they announce the news to the world that they are on the path of motherhood. When I got pregnant and announced the news to our families, the immediate response was something similar.

Everyone appreciated me, complimented me and said, “Motherhood is the biggest achievement for a woman. It is a blessing.”

Right from the moment a girl child is born, her path is clearly chalked out. It is like she has no say in what she wants to do. Sometimes I feel like comparing a girl’s life with that of a game. To cross each stage, we need to unlock an achievement in a game. Similarly, a girl has to cross a few stages to unlock achievements in her life.

And then, when a woman attains motherhood, society perceives that she has achieved every possible thing in this world and now she has to settle down in life. There is nothing more for her to do.

The moment we attain puberty, it is celebrated with great fervour. The next phase is all about completing your education and being employed. Now, these two big achievements that we unlock are not considered worthy enough unless we get married “at the right age”. The moment we turn twenty-five,  parents go hysterical in their search for the “right groom”.

The marriage ceremony gets over with parents spending their life savings and our unlocking one of the biggest achievement of our lives. This doesn’t prevent a few insensitive relatives from complaining about the food and boarding arrangements during the ceremony.

But it doesn’t end there. As soon as we are married, the question pops up, “When are you giving us the good news?” You may not be interested in conceiving a child at a certain point of time, or you may feel that you are not ready yet to take up the responsibility of child-rearing. But that doesn’t stop the so-called elders of the house from approaching you with weird ideas of how to produce a child. These could range from consuming certain medicines to performing some rituals for fast-tracking the process of delivering the good news.

Where is the woman in all this? It made me think that apart from being a daughter, sister, wife, daughter-in-law, and mother, I am also me. I am an individual. An individual just like my father, my husband, my brother and everybody else who has an identity. I have an identity too.

Why is it that a woman is considered to have achieved everything the moment she gets married and becomes a mother? Yes! Motherhood is beautiful. It brings with it happiness and joy. But it is just a phase. A phase like every other in a woman’s life.

I don’t see my husband or other men being told: “You have achieved everything by becoming a father.” In fact, I see them being motivated to work more, achieve more because they have additional responsibilities now. But I don’t see that kind of motivation being given to a woman who has just entered motherhood. In fact, she is questioned about how she will manage both family and children. I have seen my mom take care of her two children without anybody’s help, even without a nanny, while my dad was away from home most of the days due to his work. And the best part, she was financially independent. When women can also manage, why then is there a disparity in how society treats both men and women?

A woman, despite playing various roles, is capable of breaking barriers, achieving financial independence and climbing greater heights. She can juggle all the roles simultaneously without compromising on anything.

Motherhood brings happiness to every mother’s life. But it is not the end of the road for her. Her identity does not stop at being just a mother. It is NOT the ultimate achievement of her life. There is more to her and she can achieve a lot besides being a mother.

Let us not put down our fellow women and crush their courage. Rather, let us extend a helping hand to them, support them and encourage them to achieve more and stand tall with men in the society.

Let us not confine ourselves to these labels. Let us create our own identity. Because every woman is an individual too. 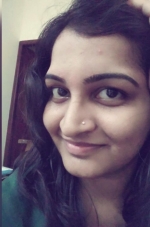 Is Mommyhood Over Rated?

You’ll See A Lot Of Shit & 7 Other Things No One Tells You About Motherhood!