Our Elderly Parents – Forgotten But Alive

Why is it so difficult to love and care for our elderly? Imagine where would we have been if our parents refused to provide for us?

“How do you feel when the ones you love the most, leave you when you need them the most.”

This is a real-life story of an old lady forgotten by her family, uncared and unloved. But it could easily be you or me, because we never know what the future beholds.

She lay in the bed for five days, unable to move by herself. Did she feel any hunger or pain? She could not tell. She rarely closed her eyes during that time, always waiting! She didn’t know whether they will come or not but she really wanted them to come. To take her with them.

After five days, someone came. Her vision had become too blurred by now. Was it a neighbour, who came to confirm her death? She was in such a daze by then that she never realized how she reached the hospital. Luckily she was entitled to free treatment in the Railways Hospital. After being admitted, she was given treatment for kidney infection, urine infection, skin allergies, lice which had infested her hair, bed sores, eye infection and physiotherapy for her legs which now refused to move.

At eighty, she had felt the worst pain of her life. The pain of abandonment! Her children did not want to burden themselves with her needs. All she wanted was their company. She was unable to cook for herself anymore, unable to take a bath on her own or go to the washroom by herself. Why did God decide to prolong her existence?

The reality she was living was worse than any nightmare. She dreamt of them coming and staying at her home with her. It was not so much a dream but a longing. Her soul yearned for the ones whom she had held so dearly. She imagined herself laughing with them, watching their favourite television show, discussing the latest political happenings of the nation. They never came.

Did they never feel that someday they themselves could be in her position? All of them had done immensely well in life. Probably they thought that the continuous flow of money promised them a relaxed old age.

She had seen happier days. A house full of children and love. A husband who treated her like a queen. Grandsons and granddaughters running around the house. They loved her cooking. She loved making them happy. She loved books and was lucky enough to spend hours in the local library, drowning in the world of books. She enjoyed taking her grandchildren to the library. The simple visits filled her heart with pride and joy.

Everything changed really slowly. Bit by bit she kept loosing every ounce of happiness in her life. And suddenly she was all alone in her two-bedroom house. The house which was once too small for her expanding family soon became home of a sole entity. The old lady forgotten by her own.. and by time perhaps.

Her children planned for her future so they could not be bothered by her. A full-time maid was kept for her, to be paid from the pension money she received. Had it not been for this pension money, what would have happened to her?

Is this the ultimate reality of our life then? One day to be abandoned by those who we loved unconditionally. Left to rot away to death. Nobody to wipe the tears which now form permanent marks on her face. Nobody to clean the mess of vomit and faeces, in which she now lay, waiting at the mercy of the maid, who will be angry when she sees the rotting old human mess. Yet to feel grateful that the maid came. That she didn’t leave her rotting away. Waiting for death to come, the death which itself seemed to have abandoned her.

Why is it so difficult to love and care for our elderly? Don’t we owe our lives, our happiness to them? Imagine where would we have been if our parents refused to provide for us? To pay our school fees? Or to give food to us?

Is there any solution to this problem which is now very commonly seen in our society? Should we have some strict laws against such children who escape citing reasons such as lack of time, money or space? Isn’t this a form of mental abuse? Isn’t the entire social system to be blamed for this, as we have failed to put in proper regulations or robust support system for our ageing populations. What kind of karma do we collect from such actions as individuals and as a society?

As for the old lady, she is ninety-two and still alive. Her vision and memory are both blurred to such an extent that she no longer craves for her family. She is still left at the mercy and moods of her maid. She has become a silent observer now, just watching how cruel life can sometimes be.

I love writing, it is an outlet, a stress buster as well as a means for understanding myself. I am trying to find my voice. Searching for the unattainable, to bring in the change. read more...

I Want To Share With You My Miscarriage Story; Please Bear With My Pain... 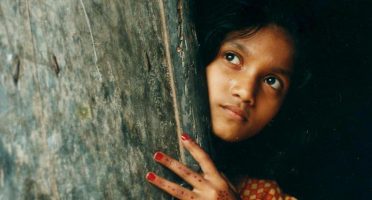 I Hope I Love My Daughter Always, So That She Doesn't Feel Unloved Like I Did As A Girl 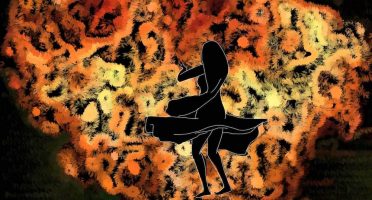 'Log Kya Kahenge' Syndrome Has Destroyed Many Lives Since The Time Of Ramayana!