A decade ago, a perv flashed two girls - what stands out is how the Culture of Silence that surrounds sexual harassment, compelled the girls to stay silent.

A decade ago, a perv flashed two girls – what stands out is how the Culture of Silence that surrounds sexual harassment, compelled the girls to stay silent.

When I had a rare weekend without my husband and son, I had pictured myself enjoying the weekend, the silence and the freedom from ‘chores’…but instead, I spent it watching YouTube and that too, not something pleasant.

As I heard Dr. Christine Blasey Ford recount the harrowing details from her encounter 36 years ago, I felt a sense of kinship with her. A lot of my own experiences jumped out at me! One in particular, stands out…

We were 17-18 years old (I was with a friend from my hostel). It must’ve been just around twilight (I remember it because I remember not being able to see the man in question very clearly) and we were walking down the footpath to a shop nearby. I have no recollection of what day it was, where I was going, what I was wearing that day….none of these details stayed with me.

But I do remember every single grisly detail of the man suddenly jumping out at us from behind a tree trunk and flashing his genitals at us. We couldn’t see much (as I said, it was dark) and we were startled. Initially, I couldn’t even make out that he was talking to us. “Le le, le le, bahut bada hai, bahut andar tak jaayega” (Take it, take it, it’s very big, it’ll go deep in).

Being as naive as I was, I had not the faintest idea back then WHAT he was talking about. My friend, however, must’ve understood because she grabbed my hand and started sprinting in the opposite direction. Half stumbling, half running, we went back to the hostel.

We were both out of breath and I still so vividly remember the first thing she said to me: “Please kisi ko mat bataana, nahin to humein baahar jaane se rok diya jayega” (Please don’t tell anyone, otherwise they’ll forbid us from leaving the hostel). I remember my confusion and that I must’ve looked it, because she said, “Everyone will think that we enticed him”.

The details after that are hazy, but I remember that she had a fever for two days, because she was so shaken. I was spared the agony because I had NO idea what that man’s words meant.

How would I sound if I had to testify?

If I were to testify about that incident today, I’d probably sound a bit like Dr. Ford. I’ve forgotten some details, but I remember some very clearly. And the one detail I remember most clearly is the panic on my friend’s face. She was scared that she would be the one punished for something that was done to her. I don’t know if she ever spoke about it to anyone, probably not. I didn’t either, until my husband once brought this up (which was 9 years later) and it automatically spilt out of me.

As I watched Dr. Ford’s testimony progress and those old gargoyles questioning her (through Rachel Mitchell), it couldn’t be clearer that they were trying to make a liar out of her. Maybe (though I personally believe Dr. Ford’s account of things much more than Kavanaugh’s) Kavanaugh was not the person, but that doesn’t have to amount to belittling a woman’s trauma, of effectively implying that she made it all up for political gain (she has NO need for that gain, she’s already a PhD and a Professor, a job much more cerebral than politicians could ever take up).

Yet, it is surprising how pre-disposed society is, towards silencing/disbelieving the victims rather than the perpetrators. Hardly anyone gives a thought to the fact that the victim already HAS lived through the experience once and it is traumatic to relive it. While the law needs details to be able to do something about incidents like this, the collective apathy of society makes it an extremely uncomfortable experience to live through.

I’ve often been appalled at the aspersions that are cast over the victim’s character! And how, somehow, the fault always happened to be the girls’! The moment a girl talks about an incident of harassment, the dissection of her ‘faults’ begins!

The solutions our society offers girls

I have personally lived through most of the ‘solutions our society offers girls:

Society preserves and perpetuates this Culture of Silence, where the silence of the victims buys happiness, honour, fame, money and power for the perpetrators. But must we merely accept this culture? Must we just express our outrage once a victim becomes visible? Must we not do something in our daily lives to help the (would be) victims?

I think we can! I really think, we must!

The support I wish I had received

I can’t claim to be an expert of any sort at the psychology of harassment, but I have had plenty of experience as a victim. I’m merely listing here things I wish people around me had done, to give me the confidence to tackle such situations as they arose.

Since most people tend to downplay harassment until it can no longer be downplayed/ignored, my pointers are more for our daily lives.

Most victims of harassment are children/minors, simply because they make easy prey. They are physically smaller and hence, easier to intimidate/silence. The best way to counter this is to make kids aware of what harassment could be. Have frank talks with your children, about people they meet, how they should engage with them. It often starts out subtly enough, like someone forcing a hug on a child.

Kids are perceptive, so dig around in their lives. If they state they are uncomfortable with something/someone, investigate. Yes, it’ll make for some uncomfortable conversations, but remember, it’s your kid’s life and happiness at stake. Stand up for them! Give them hope that their parents will stand behind them, no matter what.

In fact, you needn’t even be the parent! You could be a bystander. Take a stand nevertheless…you may be called an interfering nobody, but that’s better than being called a mute spectator while harassment took place.

When you see something, say something

This is specially of importance in women’s groups. For most women, harassment typically comes from someone within their social circle and in a position of power. This power could be the power to wreck careers or to cause a bad name in society.

Typically, it starts slowly…a lingering handshake, a deliberate brush against the body, cornering someone away from others, conversations with sexual innuendos etc. Please TALK about these instances – with your girlfriends or your sister, or your mother, SOMEONE!

These may seem like harmless instances (or sometimes, men may not even be aware that they’re making you uncomfortable) but they snowball. Nip the problem at the bud! Most women lack the confidence to confront, so help them out. As a co-worker, friend or family member, the tactic I’ve seen work is staging a deliberate conversation in front of the perpetrator, outlining how men make women uncomfortable without knowing it. Please DO intervene before it’s too late.

Take action, even legal ones

Break free from this culture of silence. Report the perpetrators! Most times, women stay silent for the fear of being shamed publicly. Yes, society will be ruthless with you, name you and shame you. But the alternative is to stay a victim to abuse and also, allow the harasser to go scot free (and possibly, harass others too).

Let’s destroy this notion that the family’s or society’s honour is women’s responsibility. Let’s call harassers bad people, because they ARE!

I can possibly never stress this point enough! Raise your boys well – these boys will be the men of tomorrow.

As women, stand by women…as people, stand by the victims. Do your (however small) bit for humanity.

First published at the author’s blog. 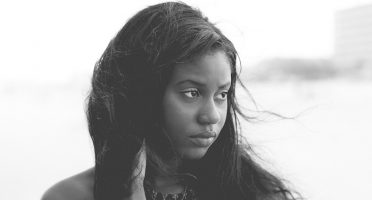 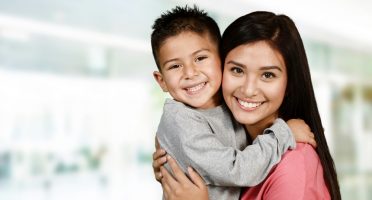 As A Feminist Mom, Here Are 10 Things I'd Like My Son To Imbibe