One Woman Can Make A Difference, But Together We Can Rock The World!

The recent confirmation of Brett Kavanaugh to the Supreme Court is a slap in the face of all women. But hope lies in our hands too, says this author.

All  I could see in the news in the last few weeks was the media frenzy surrounding an American attorney, Brett Kavanaugh’s nomination to the US Supreme Court. I did pay attention when it first started, but I was getting a bit frustrated with the redundancy and how the media was sensationalizing the news.

In the last year or so since the new US President took office, it is one sensational news after the other, but for me, it felt all the same. The media frenzy continues fervently for a few days after the incident which makes you believe that hope is at the end of the tunnel, but it quickly dies down and nothing material happens at the end of it.

I assumed that this incident would be no different and I guessed it right, unfortunately. I wouldn’t have imagined at that time that I would write about it though.

The fact that Susan Collins, a Republican senator, despite being a woman, supported Brett Kavanaugh and voted for him was the last straw and that was it. I could not take it anymore and I had to write my thoughts.

The testimony of Dr Christine Blasey Ford, a psychology professor in front of the senate judiciary committee against the appointment of Brett Kavanaugh to the supreme court, was gut-wrenching. Here is a woman who got out of her comfort zone, sacrificed her life and fought for her civil rights, but what did she get in return?

Another woman voted against her and she has to now live with accusations that she ruined someone’s life and reputation and probably needs to move to a different country for the fear of being discriminated against, due to a crime she did not commit. How fair is this?

It doesn’t matter how far we have come and how successful we are and whether the country is a first world or a third world country – a woman is still treated the same, give or take a little. The worst part is that, as women, we are equally responsible for this. If Susan Collins had stood up against sexual violence, showed her support for Dr Ford and thereby stood behind all the woman without being swayed by politics, Brett Kavanaugh would have never had any chance to get confirmed. Who is to blame now?

I believe that is absolutely true. We should stop looking for men to solve our problems. As women, we have all the strength needed to make a difference, but only if we stand united against inequality or cruelty in any shape or form.

As a mother, if we had brought up our sons to respect women, we would not have seen so many being raped or murdered. I can go on and on. For every atrocity that is happening in this world, there is a solution and that solution is always in the hands of a woman. If only we realize the strength we have, this world will be a better place to live.

Image of protests against Brett Kavanaugh courtesy Power to the Poster 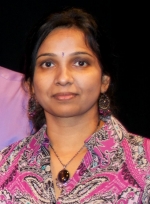 I am a software architect and a mom blessed with 2 wonderful kids. I love

Hanging Without A Trial: The Judgment Of Social Media