Corporate professional Rumi never let her neurological disorder affect the work she loved the most. But harassment at the workplace by her senior made her quit the job.

Corporate professional Rumi never let her neurological disorder affect the work she loved the most. But harassment at the workplace by her senior made her quit the job.

It was going to be a hectic day for Rumi. Morning alarm ticked at sharp 6 pm. She knew it would be a hard day for her as she had back to back meetings. And these meetings were all about cost-cutting. She was utterly not convinced about removing the employees without giving them a fair chance. The team was new and so was she.

As the hour of the meeting proceeded Rumi developed cold feet. Not many people knew that she was suffering from a rare neurological disorder – a combination of nonconvulsive leading to convulsive epilepsy. She was a brave fighter and never thought that this disease could stop her benevolence towards her work.

Rumi was under medication, with a strict regime she was leading a perfect life. She never shielded her good or bad performances at the workplace or in her personal front with the disease. She had been in the corporate field for 12 years and had never taken a break. For her work was worship.

But that day was not her day. Rumi, being a great leader, wanted to give a few team members another chance. This was against some high management people. Mentorship was not something that she had learnt from her MBA books but through spending time with her resources. One final chance for her team was what she begged for, this had the least to do with her job.

When the meeting was over she went to convince the high officials about the positive output of her plan. But her senior grabbed her from behind suddenly. Understanding the wrong motive she protested. Her senior threatened to tell the entire organisation about her neuro disorder unless she decided to accompany him on an official trip. He openly offered her a relationship of convenience.

That day the wound was deep. No one did understand how deeply she was hurt. She even complained to senior officials but she lacked evidence as the incident was sudden.

Her disease didn’t defeat her. Even with that, she travelled, roared, implemented every positive thing that could have been a successful women’s strategy. But she succumbed to a filthy proposal to camouflage her illness. This was probably something she could not agree to. Rumi resigned that very day.

This is based on a true story. The name has been changed to maintain secrecy. This incident puts out a question on the effectiveness of workplaces in carried out a ground level investigation. How they could have helped the girl, having a controllable neuro disorder, she should have been dealt with more empthatically.

Register at Women's Web to get our weekly mailer and never miss out on our events, contests & best reads - you can also start sharing your own ideas and experiences with thousands of other women here!
sexual harassmentworkplace harassment 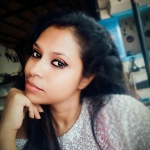