Lizzie lost her life for not being accepted by the society. Her mother could do nothing but celebrated her birthday, ironically on the day Supreme Court decriminalized homosexuality.

Lizzie lost her life due to not being accepted by the society. Her mother could do nothing but celebrate her birthday, ironically on the day Supreme Court decriminalized homosexuality.

This is a fictional short story throwing light on the struggle of a young female homosexual. With the recent landmark ruling of the supreme court on decriminalization of gay sex, I think this story would be relevant and interesting for the readers.

It is almost the end of monsoon. September in Goa usually receives more sun than rain, but it has been raining cats and dogs since this morning. By the way today is no ordinary day, it’s the 33rd birthday of my daughter, my only child. She lives in Panjim. We relocated here four years ago, to this small village, Carmona, about two hours away from her. I have to take a bus ride alone because you see; her father won’t give me company for the journey. He is still mad at her.

Lizzie has always been a free spirited girl. Nonconforming, even as a child. She would struggle to drag herself with us for the Sunday mass in our community church. I know how she scorned at the fact that her father was the secretary of the Catholic Association of Panjim.

One day when we were halfway to the church, she suddenly took a U-turn. Pointing at a leper begging on the road side she walked away, looking back and shouting, “I don’t believe in your god who can be so indifferent to the sufferings of the world, which you say, he created!”

Gary didn’t speak to her for over six months after that. She was only in grade 7 then.

Gary’s brothers are eminent lawyers in Goa and so he wished that Lizzie should pursue law. But for the rebel that she was, she chose to study what she wanted and found her way to the college of her choice, in Mumbai. Gary wasn’t happy even when she became the youngest designer whose work got showcased at the India Fashion week.

It was always like this between them. On and off. Despite all my efforts to bridge the gap, I was never successful in setting their relationship equation straight. As time passed, it only turned more bitter for them and more painful for me.

It was the winter of 2013. My favorite time of the year. The pleasant cool temperature, festivities, the smell of freshly baked cookies, sound of carols and the dazzling bright lights blinking. Christmas was only a week away and the whole city was warm and infected with the holiday cheer. But the best part of all, Lizzie was home for her vacation and I had made her favourite dessert, bebinca.

We were all busy decorating the house and setting up the tree. Maria, our house maid was cleaning the living room. Lizzie had taken out a few books from her bag and had kept them on the table. As Maria lifted them to change the table cloth, something fell and slid on the floor. Gary looked down from the tall stool he was standing on, for changing a fused bulb in the ceiling.

As Maria picked it up, he bent down to snatch it from her. I could see, from the kitchen, his hands were trembling, what he held was a photo. He fell on the floor with a thump. His face red like a tomato, as if with shame or anger or may be both. As Maria and I rushed for help, he quickly gathered himself and stormed out of the front door, in a rage. Before I could comprehend what just happened or imagine the possibilities of what he might have seen, Maria told me. It was a selfie. Lizzie smooching another girl.

The next day we had the Carvalho family over at our house, for dinner. Mr. Carvalho is an old friend of Gary and his son Kevin studied with Lizzie in the same high school. Kevin has grown up to a handsome and smart young man and is now managing the family business. They are the largest cashew fenny producer in the state. Gary proposed to Carvalho that they arrange Lizzie’s marriage with Kevin and the Carvalhos were all smiles, excited with the idea. Lizzie stood up with a jerk, pushed her chair back, furiously freaked out. She walked out of the dining hall with loud steps.

That was our worst Christmas ever.

We didn’t see her until after three weeks, when she showed up in the hospital.

Through a common friend, Kevin had mined out the information, about the girl and Lizzie; that they have been living together in Lizzie’s apartment in Mumbai. It didn’t take too long for the news to spread like a forest fire all through Panjim.

Gary couldn’t take the shock and the humiliation. He had a stroke. He has had a long history of heart issues and two years ago he underwent angioplasty. Doctors said, the chances that he could see us again were very dim.

Fortunately, in two weeks, Gary returned home from the hospital. Only that home was nothing like what it used to be. Lizzie had left home. Forever.

Gary is still angry. I was angry too. But it’s been four years now. And how long could I hold my anger for a girl as extraordinary as Lizzie. Everything about her oozes freedom and her spark of life. For the magical chaos that she is, everybody and anybody could fall for her charm.

Oh, how time flies and thoughts, they fly like jets.  I didn’t realise that traveling through all these years, in about three hours I have walked from Panjim bus stop to the main entrance of the cemetery and you see, that’s my sweetie, lying over there.

But I hear these noises from afar like the sounds of some carnival. Well, these are good noises. They won’t disturb my Lizzie. Rather, she would now sleep in peace. A fellow visitor tells me, the Supreme Court of India has declared decriminalization of homosexuality. Could it be only a coincidence or some conspiracy by the cosmos that they chose my lesbian daughter’s birthday for this announcement?

There are many more Lizzies out there, exuberant and celebrating. They won’t have to jump off from their apartment buildings, drink rat poison or hang from the fan, like my Lizzie did. Could she have got a better birthday gift than this?!

Oh, by the way, I have got this fresh bouquet of orange Calendula for her special day. I had asked our local florist to reserve one for me. Those are Lizzie’s favorite flowers. Her round brown eyes would light up on seeing them. I can hear her. The same enthusiasm in her voice as always when she says, “Ma, you see, orange is the happiest color!”

If you or anyone you know is feeling suicidal, here are some more of the helplines available in India. Please call. 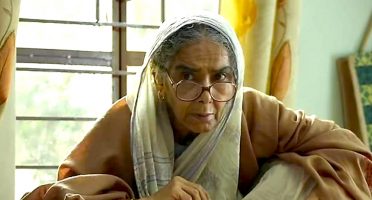 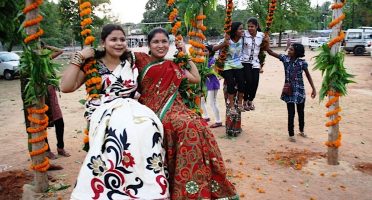 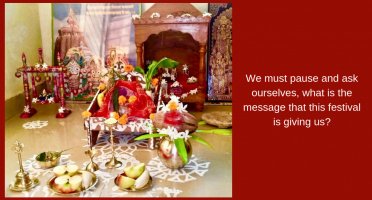 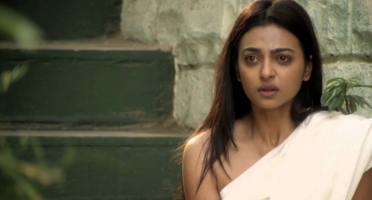 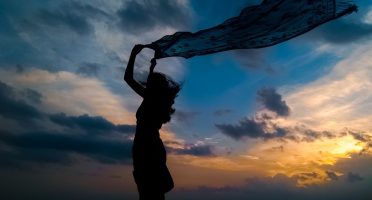 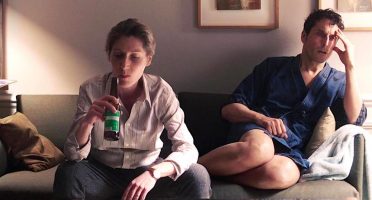