The MD and CEO of ICICI Bank, Chanda Kochhar is an inspiration to many women. People letting an allegation overshadow her lifelong hard work is unacceptable.

The MD and CEO of ICICI Bank, Chanda Kochhar is an inspiration to many women. People letting an allegation overshadow her lifelong hard work is unacceptable.

Back in 2007, when I was going to become a mother for the first time, I found myself standing at a crossroad in my life where I felt that I had to choose between my career and raising a family. The possibility of managing both seemed like a task of impossible magnitude, well beyond my capabilities. There was ample support available from all quarters for the predicament I was in, but those were more of platitudes and lacked any inspirational urgings.

It was at this juncture in my life that I stumbled upon an interview of Chanda Kochhar, MD, and CEO of ICICI Bank. In the interview she had spoken candidly about how she balanced the two worlds; little details like going home to do a quick check on the new-born during lunchtime and then rushing back to work for a power-packed meeting, each of those mattered.

Her words resonated with me at a subliminal level. Her show of resolve spurred me to attempt striking a balance between work-life and has successfully carried me so far.

I felt an instant connection with this female powerhouse who had taken over the reins of one of the country’s leading private bank at a time when the entire world was dealing with the aftermath of a financial meltdown of an unprecedented level. The élan with which she navigated her company through the entire situation has been characteristic of her career spanning over three decades.

Of course, along the way, I crossed paths with many other successful women who set examples and inspired me. However, for the longest time, her’s has been the first name that came at the top of mind, whenever I recalled or spoke about powerful women in business.

Like me, I am certain there must be many other women who look up to achievers like her to draw inspiration from and make certain critical life decisions.

Too quick to judge?

With this backdrop, and as a reputation management professional, I have been keenly following all the progress in the news coverage about her on the allegation about conflict of interest. Like many others, I am interested to know the outcome of the investigations too but what left me aghast is the extremely coloured public opinion and haste to pass judgment on her conduct.

I am not against the inquiry. My contention here is the glaring lack of deference. To smear an individual’s lifetime worth of hard work, without pausing to give them the benefit of doubt or even waiting for the inquiry to get over, in my opinion, is reflective of a lack of empathy at worrying levels.

This reminds me of a simple experiment that was carried out in 1950s by the legendary psychologist Solomon Asch. In the experiment, a subject was shown a line drawn on a paper, and next to it three lines – one shorter, one longer, and one of the same length as the original one, each numbered 1,2 and 3 respectively. The subject must indicate which of the three lines corresponds to the original one.

When the person is alone in the room, he or she gives the correct answer. Then five other people enter the room; they all are actors, which the subject doesn’t know. One after the other they give wrong answers, saying ‘number 1’ although it is very clear that ‘number 3’ is the correct answer. Then it is the subject’s turn again. In one-third of the cases, he or she would answer incorrectly to match other people’s responses!

Why do we do this? It is called social proof where peer pressure overpowers common sense.

Advertising agencies using this technique to influence people’s behaviour for product purchase is understandable. But soon we tend to cross the fine line where through our herd behaviour we start negatively impacting lives. I had flagged it during the famous Tata-Mistry crisis too that our perceptions are based on assumptions or popular opinion, rather than relying on the merit of relevant authorities for their findings. There are numerous such examples and this particular case is no different.

What startles me is, very few people have details of these cases as many of us don’t read the news beyond headlines or go beyond 280-character tweets. Unfortunately, we carry this ill-informed opinion in our conversations and also for social media commentary.

In the fast-paced world of social media, the details of an issue are posted even before the person or company in question has had the chance to make a formal statement. People are extremely quick to judge and even pass judgment!

Can we just take a step back and let the concerned authorities do their job without the pressure of assuaging an influenced public opinion? 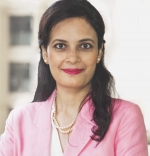 Mitu Samar is a passionate marketing and communication professional and the founder of Eminence, a boutique firm with the value proposition “building brands and positioning personalities”. She also serves as an Independent Director on the read more...