A Child In Faizabad Dies After Falling Off The Operation Table! Dear Doctor, Where’s Your Humanity?

In yet another shamefully shocking incident in a government hospital in Faizabad, Uttar Pradesh, a new born baby allegedly died due to slipping from the operation table!

The reason? Allegedly, the doctors and nurses neglected the new born baby and mother, as the baby’s father was unable to pay them money!

In my 6-year long journey as mom to a special needs child, I’ve interacted with many – read MANY medical practitioners, therapists, lab technicians, nurses, sample collectors, pharmacists and other hospital staff like reception, housekeeping etc… There have been instances where I was asked if I’m a doctor myself probably because of the way I sound, be it balanced or well-acquainted with the medical terminology.

My husband and I would have paid many more visits to hospitals across the country than we have to local parks or on holidays. Almost every other weekend was and still is, spent at a doctor’s lounge. Having coffee with my husband at the hospital cafeteria is what defines a coffee date for me.

While I understand and appreciate the fact that my boy is getting treated under the best doctors practising today (given the nature of his illness, which needs a specialised medical team’s intervention), I’ve had my share of terrible experiences too. This topic runs in my mind always and as I read this news yesterday, I was forced to put my thoughts to this long pending write-up.

Where are we heading as the world’s self-proclaimed superior race, the human race? Animals and birds are far more superior to us, frankly! There have been beautiful videos where natural incidents are captured by animal videographers. Such videos leave me spellbound. You see hundreds of ants trying to save a few ants stuck in jaggery. You see a healthy dog bringing food for a hurt and limping dog. And we all have grown up with the children’s story where a flock of birds stuck in a hunter’s net, soar in unity and get saved together.

What the hell has happened to us then? Why are we killing each other for money? Have doctors stooped down to such a level that they kill their self-respect, moral values and the basic fact that they too belong to our race? After being routinely exposed to blood and gore, have they completely lost their sensitivity to human life?

How can such cold-blooded murders happen at all otherwise?

Many concepts of the medical practice seem to have changed with time. In our land, we said and believed that ‘Vaidyo Narayano Harih’ which can be translated to ‘Doctor is equal to Narayana (in Sanskrit) or God (in English)”. Doctors are not Gods but it’s the public that make them feel godly. We believe that they emancipate us from pain. We believe that they have all the answers. But, isn’t it incredible that they too believe in God? When they plan for a very critical surgery, they say “We will do our best, and let’s hope for a miracle to happen”. When an extremely critical operation becomes successful, they say “God is Great”.

So, at some point in time, they too are powerless and must believe in that Super Power above all of us. So why the heck do they forget that they are as human as we are? Why do they trade life for money? Such incidents make us believe in the existence of white-collared criminality.

People aren’t rich enough in this land to afford the kind of treatment the medical field bills us for. We get the so-called best treatment in private hospitals but they are far within the reach of the common man and those below poverty. Those who have neither money nor access through power, can only resort to government hospitals which are ideally and constitutionally set-up for the serving public. But no! Entry into a government hospital equals entering the doors of death today. Private hospitals are no less and they can bill you for a hundred diseases when you go with a minor complaint. As an average citizen of this country, where do I go if I’m sick?

Whom do we trust when there is lobbying at every stage in the medical domain – right from medical practitioners to pharma giants to diagnostic centres to ambulance service to additional hospital staff to charged hospital parking to external labs to medical insurance companies to medical device companies to surgical instruments companies… and right up to the mortuary! It is true that not all medical professionals act this way, but some of them leave no opportunity unturned and literally suck the life out of the common man, who is dying everyday without being pronounced dead.

People often pray that one must either be healthy or be blessed with a quick death but should never get into the hold of doctors today because you end up not knowing whether you’re actually living or dead.

There are always exceptions and I’ve encountered wonderful doctors too, but these are far and in between.

Hoping for a more ethical medical community in our country…who don’t just live on patient commissions but who thrive on people’s blessings! 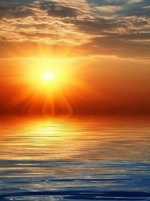 With Every Premature Baby, A Premature Mom Is Born, Needing 5 Times The Strength Of A ‘Normal’ One