Jacinda Ardern is THE hero the world needs right now. While on maternity leave herself, she launched a package that supports families in New Zealand when they need it the most.

New Zealand Prime Minister Jacinda Ardern who is 37 years old, gave birth to a baby girl on June 21, this year. Giving birth while in such a powerful office, sends a message everywhere that being a mom and being a leader is not mutually exclusive.

Two days after the baby was born (with the aid of midwives), Ardern introduced the new born during a press conference. The child has been named Neve Te Aroha which means ‘The Love’ in Maori. It represents all the names that were submitted upon her request from various tribes across the country.

Her partner, Clarke Gayford, (who incidentally, is not married to her) hosts a fishing show on TV but has decided quit his day job to look after baby Neve enabling Ardern to go back to run the country after six weeks. This post that went viral on Facebook, had the details:

That’s not all – a week after the birth, on July 1 Ardern introduced a $5 billion Families Package that she had previously drafted. The package increases paid leave for new parents from 18 weeks to 22 weeks. She announced the details via Facebook live, from her couch, right after she’d finished breastfeeding the baby. The package gives an extra $60 a week to families with new born babies and an extra $700 to families for winter heating costs.

This is what leadership looks like – not just talking about valuing families but actually putting your money where your mouth is. This package aims to make New Zealand ‘the best country in the world to raise a family’ as well as lifting 64000 children out of poverty by 2020.

There were more than 3000 comments on Ardern’s first video where a majority of them supported and encouraged her. There are so many things to learn from this scheme for other countries. At one go, Ms. Ardern has smashed many stereotypes, including what a leader should look like, what a mom should be doing, and what a dad’s role is. Kudos to this power couple! 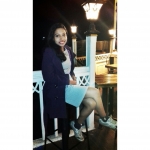 Maternity Leave Rules In India: Is It Time For An Update?