Support of court and political leaders behind the access of women in Sabarimala temple is held responsible for flood in Kerala by district president Prabhakaran.

While hundreds of people have died in the monstrous floods in Kerala, and many thousands more have been displaced, many are busy displaying their ignorance, callousness and patriarchal rubbish.

The Hindu Makkal Katchi was busy criticizing the entry of women in Sabarimala temple, citing it as the reason behind the natural calamity. To play the role of saviour to thousands of Keralites, they have offered a special prayer at the Ramanathaswamy temple. The party’s district president Prabhakaran claimed that political leaders and the court enabling women able to enter the Sabarimala temple led to the flood.

He even urged Kerala Government to pass a resolution in the legislative assembly to terminate the entry of women and update it to the Supreme Court, as per the article cited above. Of course, it didn’t occur to him that the Kerala Government has many more urgent things to do, notably, organizing flood rescue and relief.

The ban on entry of women aged 10 to 51 into the temple on the grounds of their menstruation exposes the fact that every religion is based on male chauvinism. This act of excluding women from their fundamental rights is based on the patriarchal belief that ‘austere’ men would be tempted by women in this age group, and that women are incapable of remaining pure for 41 days of penance before the pilgrimage! The gurus of patriarchy issue such  instructions under the ‘don’t-ask-for-logic’ genre.

Now this group of egoistic ‘patriots’ has come up with the conclusion that a natural mishap like a flood has been caused by God’s ‘anger’ at women entering the temple, whereas the genuine (and scientific) reason behind the flood is that Kerala has so far received 37.5% of its usual annual rainfall in just two and a half months. The Hindu Makkal Katchi was of course not the only culprit; a quick look at social media posts on the Kerala floods is enough to throw up many such callous remarks. 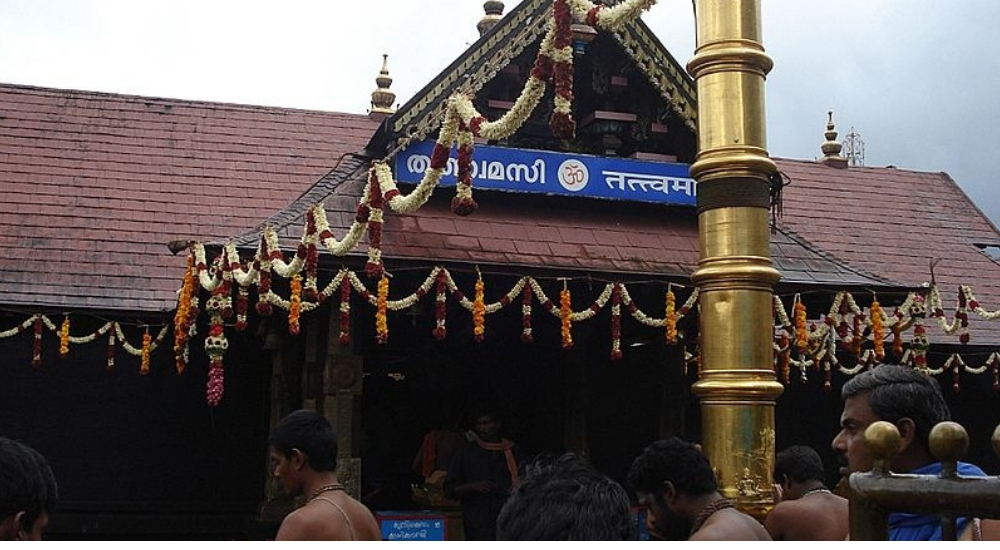 Can we deduce that the so-called religious members need to devote more time in brushing up their knowledge in subjects like Geography rather than making bizarre accusations against women for natural calamities like floods? 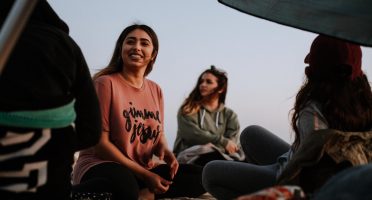 The Story Of Two Protests In The Wake Of Sabarimala: A Few Questions

Kerala has been witnessing a great deal of political turmoil in the wake of the protests against Supreme Court verdict on women entry at Sabarimala. It has exposed the deeply ingrained patriarchy that rules the social discourse in Kerala famed for its acceptance of values of modernity.

Kerala has been witnessing a great deal of political turmoil in the wake of the protests against Supreme Court verdict on women entry at Sabarimala. It has exposed the deeply ingrained patriarchy that rules the social discourse in Kerala famed for its acceptance of values of modernity.

Kerala has been praised for its social development and the role of education in its social and cultural sphere. The high indices of social development has placed the state in an enviable position, with regards to the rest of the states in India. Women have emerged as significant components in its growth, as a labour force as well as a culturally and politically awakened section in contemporary Kerala society.

Malayalee society has projected its women as the glorified working mother model, capable of being a force to be reckoned with, in the present social system. But the Sabarimala verdict has opened a Pandora’s box, raising numerous questions and challenges that shake the foundations of this notions of an egalitarian society, as far as women’s role and position is concerned. Where does Malayalee society place its women? How does the government plan to confront this issue that ought to have been addressed long ago?

Men, especially godmen who have nothing to do with women's everyday lives, have no business dictating the rules for their bodily functions. When will religion get out of women's pants?

Men, especially Godmen, who have nothing to do with women’s lives and bodily functions have dictated rules for the same. Will religion ever get out of women’s pants?

It is not new for men to try and dictate rules for women on issues surrounding menstruation. Men and their influence on periods is so obvious, that we rarely ever talk about periods in front of men.

In a recent episode of this domination where men make the rules about periods and make it a taboo, a video of a Swami is going viral. Swami Krushnaswarup Dasji is seen making appalling comments in the video. (The video was compiled by the Ahmedabad Mirror)