Far from the routine of reading books and exam prep, using the arts such as drawing or storytelling as part of the education system, can make a big difference to children's lives.

Far from the routine of reading books and exam prep, using the arts such as drawing or storytelling as part of the education system, can make a big difference to children’s lives.

Educating the same students for two consecutive years was an opportunity for me to explore education in its ground reality, and to understand what else it needs to bring about some positive outcomes. It was a journey for me and my students; not only did we share our food and problems, but also experimented, explored, and created a place for ourselves.

My class of 4th graders was doing very well in academics, all English-speaking students making their parents proud in front of everyone. It was a happy-go-lucky class until I realized that there was no medium of expression for students suffering from psychological and emotional trauma. Opening books in the classes, discussing chapters, and writing for the term papers was monotonous learning for them. It would gain them marks but not expression of thought and feelings.

There were times when I saw them crying secretly, but could not make them share what bothered them.

I started visiting their communities and meeting parents, but the children are always perfect at hiding their feelings. I remember Anuj (name changed) who was a happy child but very notorious for never completing his work.

Initially, I thought the same of him, and tried to make him understand the the importance of education in life. But getting no results, I visited his home, a small rented room on the 5th floor for six family members with an integrated kitchen. I could hear all the noise that would have bothered him while studying. Two families were sharing two rooms with no separate doors. Even if one sat down to study, it was impossible to continue in that chaos. I understood then that there was more to what we notice at school: the family feuds, fights between parents, poverty, and an absence of space.

I decided to make my class an open space, a space where they trust each other, where they are not scared of sharing who they are, and what they think. I started with an experiment of using arts for educating them, asked them to draw a secret thing of their lives, promising to keep it secret.

It took two hours of my class that day which would have gone to the schedule, and curriculum prescribed, but I was contented inside to see the outcomes. What they drew was clearly their hidden emotions, and feelings. Through this activity,I discovered that one of my students was molested by a shopkeeper once, and she still thought that it was her fault. It was so evident in her drawing. I decided to follow up with the activity, and asked them to talk about how they felt after doing this activity, all this was to make them learn the skill of giving constructive feedbacks.

The next day, I continued the same practice asked them to look at their drawing, and write what they see. The students were excited because they were working on something that was made of their personal experiences. This is how my first experiment of amalgamating arts into education worked out beautifully.

Arts strengthens the students with confidence, it lets them outflow their insecurities. In schools, students grasps knowledge, gets tested with Formative, and Summative Assessment. But who would provide students with emotional outlet? According to UNESCO, “The encouragement of creativity from an early age is one of the best guarantees of growth in a healthy environment of self-esteem mutual respect- critical ingredients for building a culture of peace.” An important subject that our current Education system is failing to realize. The current system needs a revolution that do not raise robots but humans. That provides our children with safe space to explore, make mistake, let them grow.

I understood the role that the Arts can play…

The experiential Learning not only evolved me as an Educator but also enhanced my understanding about the role of Arts in education. My class was one of the 100 classes of India to be selected for ‘Design for Change’ Project organized by Riverdale International School, and it was the entire process of educating the students through different Arts. Figuring out a problem around, consolidating a plan to solve it, spreading awareness about it through drama, writing, and storytelling, all was supposed to be done by the students. Not only it taught them the value of ownership, and goodness but also this project created a deep bond of unity in the class. The class was confident, and solution oriented which was evident in the academic push seen in that unit.

Dr. Howard Gardner’s 1983 theory of multiple intelligence suggest that our school teaches two kinds of intelligence verbal, and logical-mathematical but there are other intelligence that needs focus- visual/spatial, bodily/kinesthetic, musical, interpersonal, and intrapersonal. It’s foundations are set by music, theater, dance, and poetry. These foundations when gets integrated into education, results into better analytical, and cognitive skills among children, and also provide them with a space for exploring themselves. It is the responsibility of the Education System to ensure faith among students that they can leave their insecurities behind while entering the classroom, and come out of the closet to know who they really are.

Creating a happy atmosphere in the class is important in gaining their trust, and nothing does it better than Music, and Moves. My class had their first dance on ‘Dekho Dekho’ from Taare Zameen Par. Every time we danced, we discussed coordination, new steps to be inculcated, lyrics, and rhythm. They learned to listen, meditate, understand, comprehend, and connecting those lyrics with the real world. They learned to produce it by themselves, figuring out their interests, and passion. Music does wonders by creating an imaginative world for the students. Scientifically, It secrets hormones in their bodies that causes happiness, and excitement this makes world a better place for them.

I acknowledged that Art reach students who are not otherwise being reached. It transforms the learning environment, and creates a balanced system of development among the students. Think, if the storytelling becomes a form of expression for them, full of colors, and learning, that teaches them leadership, teamwork, and spread smiles too. In general, the students love to draw, and I tried experimenting with the same interest of their, figuring out if it can be used as a medium of education. The class got divided into 4 groups, and each group came up with their story teaching a moral lesson, later to be painted on a chart paper in a dialogue form. The students prepared dialogue versions of paintings dealing with issues from Child Labour to Domestic Violence. It not only disclosed the issues bothers them but also taught them the skills of ownership, taking initiatives, and respecting other’s perspectives. Their confidence boosted as their paintings got exhibited at the community mela organized by the school.

With all those experiments, and experiences, I realized that Arts can be a milestone in creating empathetic humans that the system is failing to raise now. The sense of openness that the students lose within the four walls of class does not teach them acceptance, confidence, they are raised within shear rigidity of schedules, and stereotypes. They are taught to question but not to themselves. They are taught to learn but not about themselves. Their experiments in Science Labs but not with what they like. Hence, they end up losing themselves while they grow up which is evident from the increasing number of frustration, depression, and suicide cases among the students.

How to include Arts in Education

Practices that can be followed for inculcating Arts into Education are: 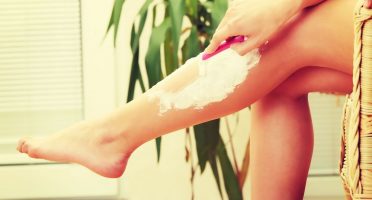