If you assume that financial independence for women happens automatically with their being educated and working at a paid job, think again! We have a long way to go.

If you assume that financial independence for women happens automatically with their being educated and working at a paid job, think again! We have a long way to go.

A few days back, I heard somebody in my office say, “We are getting closer to the day where men will have to fight for their rights and there will be revolutions for men, by men, fighting female domination.”

I sneered at his remark. He was perhaps saying this in a mocking way or maybe he’s overly optimistic or he really wants such days to come in light of the current scenario. Anyways, I respect his right to his opinion but it again brings me back to the same old topic. Are we really moving forward or just getting lost in the illusion of it?

For ages we are hovering at the conclusion that if we educate the girl child, and make her financially independent, all her problems will be magically solved. It is cliched and true to some extent but we again miss seeing the other side of the coin.

Take a look at a few scenarios below:

A woman from a well educated family background, dedicates half of her life to get a great education and a respectable job and finally gets married to a well educated man. Now her duties start – not only is she supposed to contribute to the household but also has to do it completely on her own, no matter what life phase she is in or what hobbies/initiatives she wishes to pursue. In addition to working and giving money she is supposed to respect and fulfill all the homely duties as well. Giving any financial help to her parents or siblings will be highly objected to and frowned upon. Where is the financial independence here?

A young woman gets married and she is given the privilege of completing her studies to whatever level she wants and then she is asked to do anything from ‘home only’ while taking care of the kids and house.

The woman has to earn and run the complete household because the husband wants to put his money in the family business or share market etc. She doesn’t have the choice to pursue her own such interests as her income is treated as secondary or just an add-on. Ultimately, it is claimed that the husband is doing all this for the family only and he will bring fortune to the family (by stopping the wife’s growth, it seems!)

Leave your job because…

A working lady is asked to leave her job because her teenage kids ‘need’ her and she has to leave her flourishing career as it’s ‘only her duty’ to take care of the kids, failing which she might be tagged as the ‘career oriented careless/bad mother‘. All this while, the husband effortlessly follows his fitness routine, office and social life in addition to being the decision maker and ‘head of the family’.

A woman with a pension and yet…

An old widow is getting a pension from her late husband’s pension fund/PF/from the government, so in a way she is financially independent but behind the doors, she is tortured by her only son for that lifetime savings/pension while keeping her alive on meagre food and amenities. She’s not allowed to go stay with other children as she might give the property or money to them.

Stay out of the property

Brothers dividing the late father’s property keep their sisters out of the loop; all this while, the educated sisters are unaware of their right to their ancestral property.

Many similar cases are highly prevalent in our 21st century society which undermine the education, achievement and efforts of a woman just because she is supposed to have a long list of duties without being treated as an equal human being.

The need is not just to educate a girl academically or to get her a job, but to join hands, create enough forums, support groups or laws to help enrich her knowledge of her rights, to enable her to take the right action at the right time, to be able to stop financial, emotional or any other form of exploitation/abuse and to gain the respect that she truly deserves. 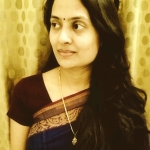 Proud working mother of four year old with a passion to enlighten minds, lives and help women create a better world for themselves. read more... She Was Born To Fly