Society Needs Its Equilibrium – Its Equality

Equilibrium! Yes, it’s a state of balance between the acting forces in a given environment. If the balance is not maintained, it will lead to its end, its termination.

Don’t worry; I’m not here to discuss the theories of Physics, Chemistry or Biology. I just want to let you know that the same balance is required in our society, equality between men and women, the two acting forces of the society, to run it smoothly. If you hamper the growth of one, it will affect the whole. If you focus on or prioritise one, it will affect the entire society. If you disturb the equation, it will have an adverse reaction.

Don’t play with Mother Nature. It has not differentiated between its forces. It’s we, as a society, created that distinction. Stop it right now before it leads to havoc. If you cut down the trees, it will lead to shortfall of oxygen for you only.

If a baby doesn’t know how to balance the body and walk, she/he would tumble over and fall down. If you jump in a swimming pool without knowing the breathing and floating techniques, you will be drowned. Similarly, if the same balance is not maintained in the society, it will lead to its downfall.

I’m not demanding any reservation neither any special preference for women. Nor do I want any favour. I’m just asking for the rights with which we are born.

The rights we want:

“Gender equality is more than a goal in itself. It is a precondition for meeting the challenge of reducing poverty, promoting sustainable development and building good governance.”

“Achieving gender equality requires the engagement of women and men, girls and boys. It is everyone’s responsibility.”

“I do not wish women to have power over men; but over themselves.”

We deserve the equal amount of equality and freedom. Don’t we? 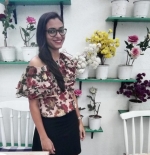 “Women Have Always Had To Move Against The Tide!” Says Tanuja Chandra, Writer And Director