Try This Delicious Konkani Food Menu The Next Time You Are Entertaining At Home!

Posted: May 11, 2018
Tags:foodloveyourleisure
Writers, Instagrammers, or Video Creator? Join us at the Orange Flower Festival on Jan 22nd!

Say Konkani cuisine, and what comes to mind is coconut, fish, and mangoes. Here’s a whole buffet menu of Konkani food with a mix of veg and non-veg options.

The word Konkan is made of 2 words – Kon meaning corner and Kan meaning piece. The fable goes something like this – Lord Parashuram shot his arrow and commanded the God of seas to retreat the water upto to the point of the arrow’s landing, thus creating a corner piece of land, which was then populated by his descendants.

The Konkan belt of India is 720 km long and comprises the coastal districts of Maharashtra, Goa and Karnataka. People belonging to this region are commonly known as Konkanis with further classification into Malvanis, Karwaris, Saraswats, etc. The region receives heavy rainfall and has plenty of water which is why rice, jowar, wheat, bajra are abundantly grown here. Among fruits, mangoes, kokum (mangosteen or garcinia), jackfruit, cashew and coconut are staples. Because of the high availability of these food items, they are used in large quantities in Konkani food.

Although on the same belt, the meals vary from region to region. Ratnagiri itself enjoys 2 varieties of Konkani food. The vegetarians generally cook non-spicy, coconut rich food whereas the non-vegetarians use a spicy vatan (a wet masala coarsely ground on a huge flat stone called pat) of red chilly and coconut, and is a must in their fish curries, usals (whole lentils, often sprouted) and bhajis (vegetables). Vegeterians usually prefer goda masala, a characteristic spice mix that has a dry coconut and coriander seeds base, in making amti (daals) and bhajis.

Karwari food, another branch of Konkani food, comes from Karwar- which is at the southern tip of Goa. Rice, fish and coconut are the staples here, and a meal is incomplete without a fish curry. With a variety of fish to choose from like Bangada (Macharel), Tarala (Sardines), Paplet (Pomphret), Kuryo (crabs) and Tisrya (mussels) are all popular sea food variants.

The Konkan region has always witnessed a modest lifestyle and the same is reflected in Konkani food. Fish is available in abundance and is a therefore staple, whereas chicken and mutton were considered to be delicacies to be made on celebratory occasions. A no-waste food policy has been followed through generations, more because of the limited finances (despite natural riches, the region saw a lot of poverty historically, as they were geographically fairly isolated, and dependent on the vagaries of nature) and to some extent as a good cooking practice. For example, the stems of the coriander are not thrown away after using the leaves for garnishing, but are made into a chutney, and the white of the watermelon is used to make a sweet called Dhondas (recipe below).

The flavour palette is completed by certain fixed ingredients – spicy through red chillies, sour through kokum, sweet through jaggery. The gravies are thickened using grated coconuts and groundnuts, and lentils are as popular as vegetables.

If you are planning an evening of Konkani food, make sure you have certain must haves handy. Kokam fruit or amsul, grated coconut, jaggery, fish of your choice, dry red chillies and a good grinder. You will experience the different tastes of the these staples used in a variety of dishes, and how creatively they are incorporated throughout the course of the menu.

A Konkani food menu for that complete gastronomic experience

No Konkani food experience is complete without Solkadhi. Generally served cold, Solkadhi is a spicy and tangy drink which makes it a perfect appetizer, as also an after-meal digestive. It is made with Kokum, coconut milk, green chillies, garlic and coriander. There are quite a few recipes for this signature drink of Konkani food, but here’s one that is commonly made.

This crispy, lip-smacking starter is irresistible. Pieces of Bombay Duck are marinated with spicy masala and then coated with semolina and shallow fried.

Aubergines can be tasty too! Thanks to our ancestors in Konkan, there is a tasty way to consume aubergine in the form of crispy, spicy shallow fried discs.

Nachani is the Konkani word for ragi, and bhakri is a kind of bread made with millet flour, in many states in India. Nachani chi bhakri is made using warm water for the dough, and is accompanied by curries, bhajis and koshimbirs (salads). A similar bhakri can be made with rice flour, which is also a staple.

This vegetable accompaniment is also called dalimbi usal, made of Val – Field beans or sprout beans along with kokum, grated coconut and spices. This is a gravy dish, so it can also be eaten with rice.

This rich in iron dish literally means red vegetable, made from a kind of red spinach variety that grows profusely in this region. Quick to make, this leafy vegetable is available in the market from February to September. Grated coconut, onion and garlic make important components of this dish.

This koshimbir (salad) is made of cucumber and peanuts. Very mildly spiced with green chillies, this dish is commonly made in vegetarian households.

Tisrya translate to clams, and are cooked in a variety of ways in Konkan. This is a gravy dish which can be had with roti and rice. This flavourful dish is made with a lot of freshly ground masalas  and dry coconut. A quick tip – While buying tisrya, go for the smaller ones and the closed ones as they are tastier and fresher.

This is a thick curry made with horsegram flour, very commonly found in Konkan. It is spiced with green chillies, and kokum or amsul adds to the sourness. Extremely tasty, it can be had with roti or rice.

This is a form of papad made of wheat which is soaked and fermented for 3 days and ground, the milk is extracted, and cooked to make a thick paste, which is then extruded in spiral strands like a chakli and sun-dried. The dried form of Kurdayi can be stored in air-tight containers for upto 2 years. This is deep fried to be served, and is crispy and salty in taste, and very different from the regular papad.

‘I don’t like Aamras’ said no Konkani ever. Mango is unanimously loved by every Konkani, and Amaras is the tastiest form of mango. Add a dollop of ghee in your bowl full of aamras and enjoy!

Also called kakidicha sandan, simply put, this is a cake made of cucumber, or anything similar, like the white of the watermelon (mentioned above). As unimaginable as it sounds, it is actually quite delicious and very easy to make. 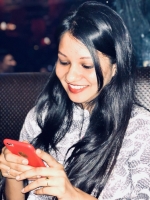