“Follow Your Heart”: How Many Of Us Would Tell Our Children This?

Do we really encourage our children to follow their hearts? Or do we force them to dance to the tunes that move ours? 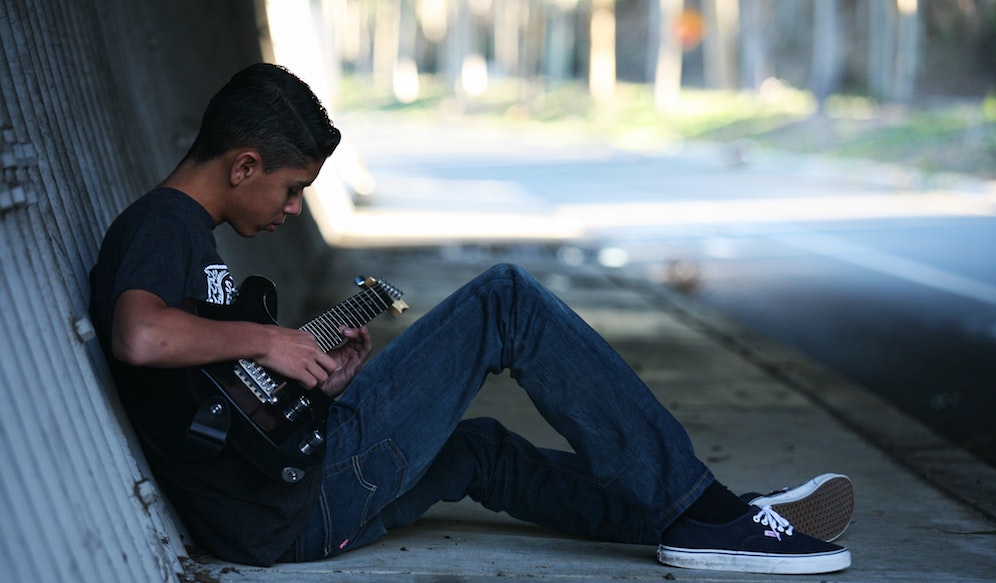 Do we really encourage our children to follow their hearts? Or do we force them to dance to the tunes that move ours?

The atmosphere in the Bahl house was tense. Something unusual had happened two days back. It seemed that Dr. Bahl and Dr.(Mrs) Bahl had both received in a shock. The Bahl couple — the best doctor couple combination possible (he a cardiologist and she a gynaecologist) – proud owners of numerous degrees and felicitations both national and international immediately felt all their hard work and pride biting the dust in a moment’s time. Their seventeen-year-old son had shared his intention of becoming a musician and dedicating the rest of his life to playing and synthesizing music after his class 12th!

A doctor family of many generations, Rishy Bahl was the only son of Mrs. and Mr. Bahl whose shoulders bore the heavy burden of carrying the family tradition of picking up medicine and becoming a highly paid medico in the country. While they were fine having him pursue music as a hobby for which he was gifted with the best of instruments and allowed to appear for international university examinations, nothing beyond that made its way through the parents’ minds. The left side of Rishy’s brain was as logical and competent as his right side was creative and fertile which made him perform well as a science student as well as excel in piano recitals! Something which was becoming a bane for him.

Under parental pressure, Rishy had filled in forms for all the entrance examinations including dentistry and was blackmailed to appear in all of them. One day as he returned home after appearing in one of the exams — he felt extremely frustrated and torn. Though he had tried his best to ensure that he wasn’t successful in any of the exams — yet, he shuddered to think about what if he made it through any of these exams; what if he never got the chance to pursue what he wanted for the rest of his life. He felt tormented. He decided to put his step down that day and explicitly say “no” to everyone’s playing with his life. He was determined to confront everyone who came his way that day!

However, destiny had its own plans. At that very moment, Rishy got a call from the hospital. Mr. Bahl, his father had a massive attack! Though Mr. Bahl was saved, the incident killed the thought and the courage that Rishy had mustered to confront his parents about his dream in life. Well, as the results of various entrance examinations came out, it seemed his efforts in ensuring that he failed in them were successful. However, considering the happenings at home — Rishy proposed something to his parents. That day a deal was locked. A barter was done! That seemed the only way Rishi could live his dream.

His chain of thoughts broke as his name was announced at the felicitation. The final year batch of dentists was getting felicitated today with their doctorate. Young medicos were beaming with happiness and excitement for the next phase of their lives. Some of them would join reputed hospitals while others would start their own practice. But there was one person — who simply felt free today as he wove the plans to just play his piano incessantly. Yes, today was the day of his independence. His part of the barter had been fulfilled. After Rishi received his degree — he handed it over to his parents and said — “For you — mom and dad. My part of deal is the done and now please let me be free. I want to leave and pursue my dream.”

Mrs. and Mr. Bahl were speechless; they had thought that the years of hard work would change their son’s mind but in vain. Rishy had done his bit to ensure the family tradition and his parents’ pride in their circles remained and now they had to keep their word. He was now Dr. Rishy Bahl.

Rishy went ahead and pursued his dream and passion to become one of the best musicians in the city, country and then was acknowledged worldwide.

It was the annual piano concert of my bestie’s son. I was just accompanying the mother-son duo as the son was performing and at some point in my life I loved playing piano so much. Rishy was the chief guest. As he addressed the audience with his story — he had only one message for children — to listen and follow their heart and more importantly for the parents — to encourage kids to live their dream instead of pushing their own dreams and aspirations! How lovely..

What could have been a better way to pass on to a lovely message from someone who didn’t stop but went ahead to chase his dream and passion — a musician who happens to be a dentist! Someone who followed his heart.

My chain of thoughts got interrupted! Buzz, buzz — I silenced it — my mobile. It was my boss looking for an update. With some courage, I switched off the phone. I was thinking about what I had wanted to do but couldn’t many years back. How I could but didn’t follow my heart!

(Inspired by  incidents in the life of Mr. Ricky Kej, Grammy award winner — a renowned musician and conservationist with a doctorate in dentistry! His speech and story at my child’s piano concert inspired me to write this to pass on the message, hope it moves you also and touches somewhere deep in the heart! )

Because it’s important to listen to and follow your heart!