“We’re All In This Together”: The Artidote Uses Art To Spread Positivity!

A platform to place mental health over everything else, and enable us all to support each other, The Artidote uses art in interesting and positive ways. Read on!

How many of us wake up in the morning and the first thing we do, when our eyes are barely open and we are yet to sit up, is check our phones? Most of us right? Well, guilty as charged.

We all have different things we need to check on our phones the moment we are awake. For some its WhatsApp messages, Facebook notifications, their email etc. For me it’s a social media app. Instagram. But it’s not to check my page or random visuals. It’s to open a very specific page – the one I call the feel good / do good page – which is called The Artidote.

Before this I had also been following a Facebook page called Berlin Art Parasites. It was later that I realized that the man behind the Artidote was also linked to the BAP page.

Jovanny Varela-Ferreyra, an artist, was the Editor-in-Chief of the online arts magazine, Berlin Art Parasites. In May 2015, he moved towards creating the Artidote which was simply to create a space where people would be comfortable sharing their stories and to bond and empathize with each other as human beings above all prejudices and stereotypes. The name came about through his love for art and the word antidote which also means something that helps to overcome a difficult or unpleasant situation. Hence Art + Antidote = Artidote!

Soon the Artidote moved to a medium called Snapchat (summer of 2016) and the power of love and compassion really came through. It was a day that Jova says in his Tedx Talk –  when he was genuinely curious to know what people around the world were thinking.

He wanted to know what individuals were thinking of at a given time and a specific location (the country they were in). He shared this thought on his Snapchat and before he knew it he was flooded with responses. They started as light and breezy like one person saying they were thinking of ice cream and soon moved to more personal and intimate ones like sharing of one’s pain, struggle, anxiety etc. People came forth with their deepest secrets and darkest fears in a way no one had predicted.

And then there was this one – 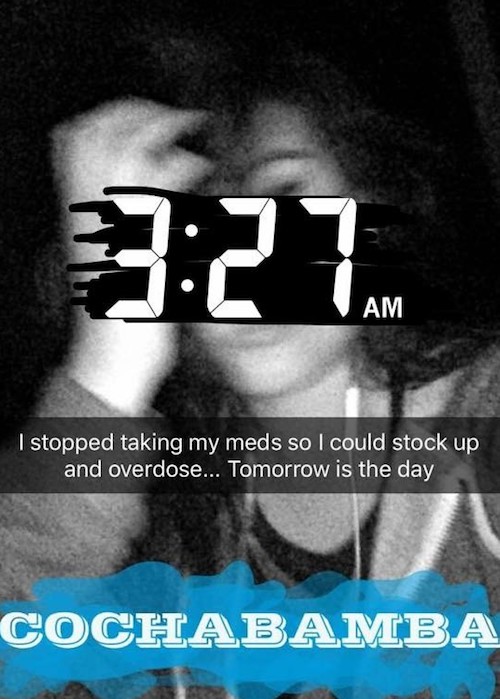 What do you do as the creator of this page / channel when you receive a message about someone contemplating suicide? One who is halfway across the world? When someone posts this in the early hours of the morning?

Now Jova has always maintained that he is not a licensed medical practioner, a therapist, psychologist or psychiatrist. But a message like this can make one feel that the rug has been pulled out from under them making them feel helpless about how to react and what to say. So Jova did something that has now become one of the most powerful and positive uses of social media ever. He posted the message on his Snap and soon enough messages of love, understanding and concern started flowing in for the girl in Cochabamba.

And then came forward the message from the Delhi girl which went viral on the Artidote and soon had people in India sit up and take notice of the Artidote community. In January 2017 a young girl from Delhi posted the message below (left) and this time Jova knew exactly what to do. He shared her story immediately and the outpouring of love and prayer took on a life of its own. 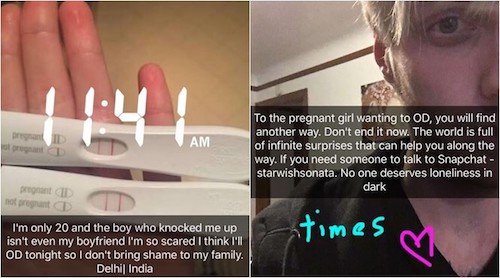 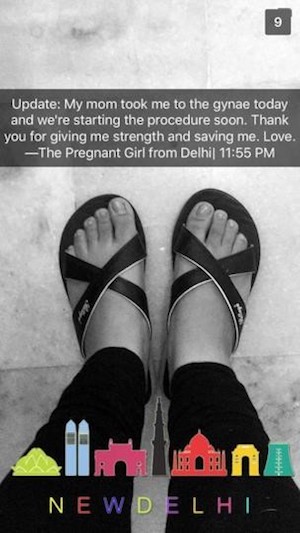 A girl from Karachi was the one made the Delhi girl change her mind. A message posted from Pakistan telling the Delhi girl that she was in her thoughts and was on her prayer mat for her. For a country like ours which views the neighbour as the enemy over religion, it was this post that truly showed that the only religion is humanity.

The idea behind the Artidote seemed to be successful at its best owing to the post above. Jova picked up on something about human beings – their vulnerability – and how social media can actually become a positive and helpful tool for all of us. With all the negativity we see around us and thrown at us on social media, the Artidote seems like respite from the rain and storm. It may just be a few words and an image but the impact is long lasting (as it has been to me and continues to). Yes, that post or image may not suddenly turn your troubles around, but who’s to say it can’t?

I myself have shared most of these posts with friends in need of a few comforting words when I didn’t know what to say. I shared this with my adolescent students to make them understand that the time of technology they are growing up in can be such a positive and vibrant space too. I share these with my clients even post therapy sessions to help them realize that there are tools on social media for helping them ‘breathe’ and feel better.

Which also happens to be another thing started by Jova – the concept of Breathe – beautiful landscape images / videos with one simple word ‘Breathe’ – to remind us all that we have all have these pockets during the day when we can take that moment and simply breathe.

“I breathe. That is my secret. I’m often asked how I deal with some of the messages that find their way to The Artidote’s inbox. Messages sometimes of pain; of grief; of hurt. Messages that ask for help. Messages that sometimes can be a bit too much – I have to admit. And so I daily have to remind myself that my mental health has to be at an optimal level if I ever wish to nurture that good energy that I want to share with others. So I take time out of my day to breathe. To just do that and feel alive for a moment. And so this is a note to self and a reminder to anybody that I come across: B R E A T H E.”
-Jova 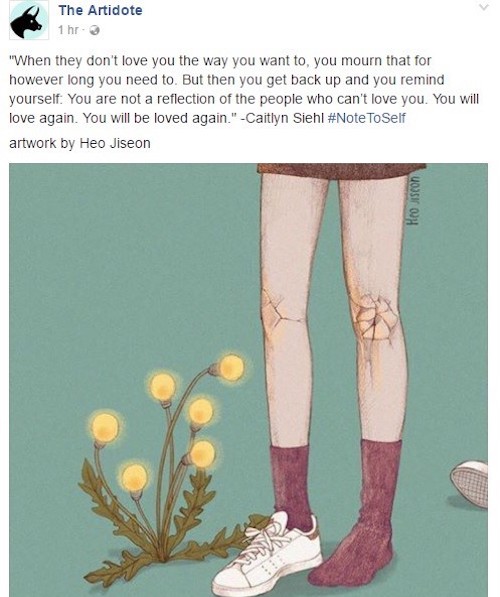 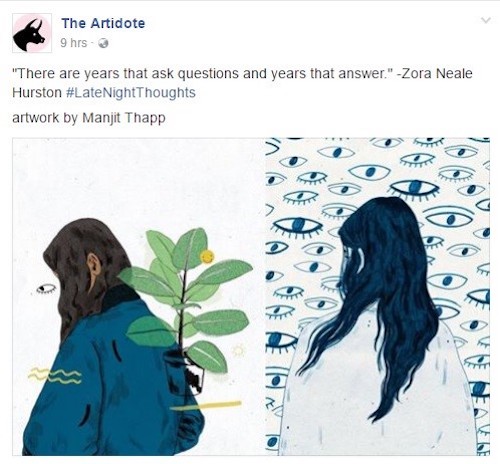 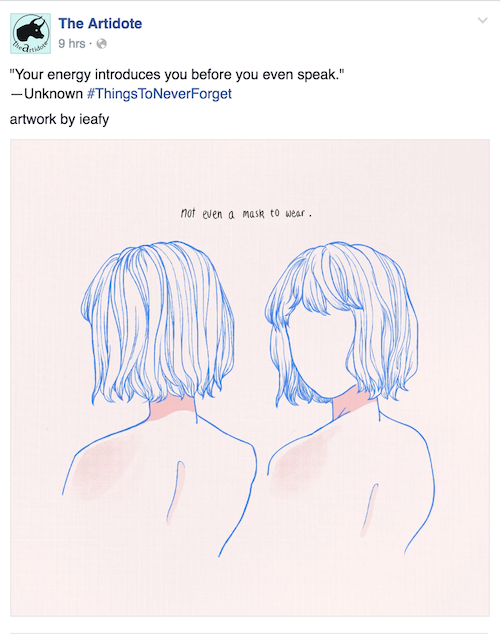 I had the joy and privilege of meeting and interacting with Jova during his Artidote tour in India (Delhi) in February. An event that took place for roughly 4 hours and possibly the very few times that time was spent so well yet felt so short. I know I may say this on behalf of all those who attended that we could have sat there the whole day listening to Jova talk and have everyone share their stories.

What struck me most during the event was that the Artidote is extremely careful so as not to trivialise or even romanticise mental health issues. There is an inherent understanding to post simple words with art images that seem to blend together beautifully. As an Artidote post says – “Art and love are the same thing: It’s the process of seeing yourself in things that are not you.” – Chuck Klosterman.

Perhaps what has made the Artidote what it is, is a poignant statement as Jova always signs off – “Even though we’re strangers, we’re all in this together”.

Truer words have not been uttered.

All images courtesy The Artidote and respective creators.

Badass Heroines Do Their Own Thing; Check Out These Creative Illustrations!