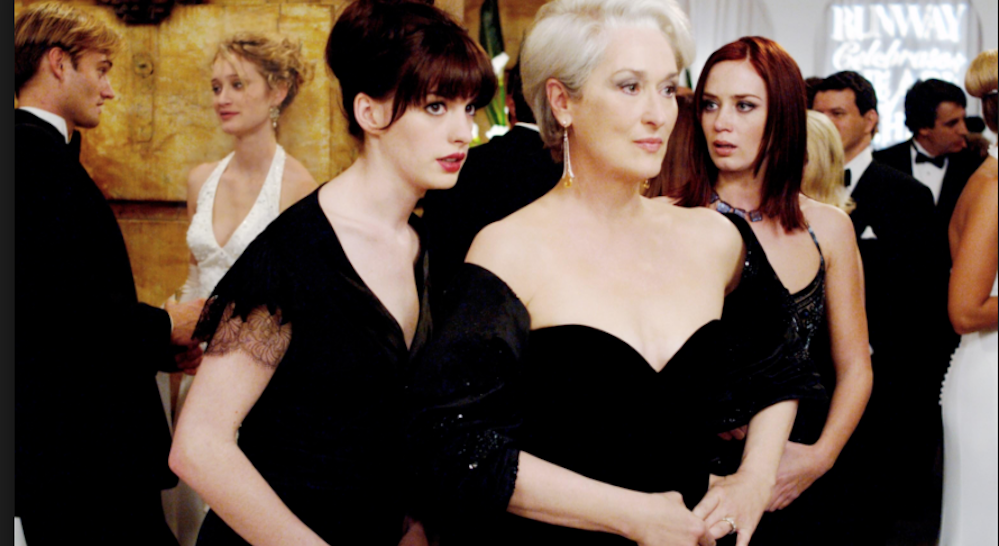 Why The Queen Bee Should Go Extinct…Every Woman At Work Needs To Read This!

The Queen bee stereotype of the female boss who lords it over other women and attacks those of her own has survived long enough. It’s time to put it to rest.

The Queen Bee is the largest bee of a hive. She is the only female bee in the colony with developed ovaries. The Queen Bee mates with the male drone to lay eggs and produces chemical scents to maintain unity amongst the worker bees. The Queen Bee’s job is so important that without her, all the buzz will come to an end and so will mankind! 70% of our food crops are pollinated by bees. So basically no queen bees, no bees, no food and no us. And yet I wish that the Queen Bee should go extinct? Yes…the syndrome however, not the insect.

I came across this article in the TOI recently. The print version had the heading, “Queen bees? They’re still there, only meaner.”

An ominous eye-catching headline! It could be translated to mean, “We always knew that women are catty to one another…and it’s not going to change!” We have all read articles like thes, haven’t we?  ‘Coconut oil can cause Cancer!’ And then a few years later – ‘Coconut Oil can cure Cancer’.

The first paragraph of the article explains what the “Queen Bee syndrome” is- “The phenomenon of women discriminating against other women co-workers as they rise in seniority.” And apparently it’s getting worse. The article is based on some studies that were carried out and revealed,“…when we compared the average levels of incivility reported, female-instigated incivility was reported more often than male instigated incivility by women in our 3 studies.”

Did the article reveal the methodology behind the studies that were conducted? No. There was nothing mentioned regarding the number of candidates interviewed, number of companies that were a part of the study or the credentials of the Assistant Professor who carried out the studies!

The article carries a quote from an Assistant Professor who conducted the studies: “This isn’t to say, men were off the hook or they weren’t engaging in these behaviours.” This sounded like an after-thought. It was almost as though the journalist wanted to follow the above statement with, “Men will men so let it be” and then stopped at the last minute!

The article goes on to state: “women who defy gender norms are more likely to be targeted”. This did not make any sense to me! The gender norm was for women to stay at home and not work! So the boss was also defying it.

Also, the inclusion criterion is, “incivility being reported”. Don’t we know from the Harvey Weinstein case by now, that women are extremely scared of men of power and that it takes extra courage for them to raise their voice against men? This trend is changing, thank god, but couldn’t this lead to a reduced number of incivility cases being reported against men?

Unfair to female bosses, aren’t we?

The ‘Queen Bee syndrome’ was first defined by G.L. Staines, T.E. Jayaratne, and C. Tavris way back in 1973. The phenomenon has since been substantiated by several other studies. The TOI article leads us to believe that only does the phenomenon still exist…the situation is getting worse.

But what about this recent ‘Gallup’ study found that Americans are more or less indifferent to the boss’s gender? True, this finding has emerged for the first time in 6 decades since Gallup started conducting its reputed employee surveys. And the Harvey-Weinstein aftermath could have had an effect on the participants of the study. But I think that is an important case in favour of women bosses! Not only are there statistically fewer number of sexual harassment cases against women bosses, there are studies that have proved that women bosses are more engaging than their male counterparts.

Now the reason why I come across as defensive is because personally, I have not come across ‘Queen Bees’. I have come across good and bad bosses that have been male and female. But I never got the feeling that the female bosses acted differently with me because of my gender. And personally I don’t see any valid reasons for women to not support other women. But I do wonder if the following could be some of the reasons for it to have occurred historically?

Could be that these women who have reached senior positions have had to work very hard to break the glass ceiling and maybe unjustifiably so…but expect that much commitment from their subordinates?

Could it be that they fear coming across as favouring other women and hence choose to go to the other extreme?

Could it be that women still question a woman’s authority because there still aren’t enough examples of women in power?

Could it be that women are trying so hard to not be seen as ‘women’ in the workspace that they distance themselves from other women?

In my view, the ‘Queen Bee’ is just a stereotype that has arisen because of male-dominated workspaces. Gender disparity has led women to be competitive and aggressive. With more and more women becoming a part of the work stream, women will have lesser pressure on them to prove themselves against all odds. We will have more women in the corner office. Women will have many more role models to choose from. The issues of jealousy, insecurity and favouritism amongst women colleagues shall cease to exist along with the Queen Bee stereotype itself.

The article concludes by saying, “Evidence emerged in the 3 studies that companies may face a greater risk of losing female employees who experience female-instigated incivility, as they reported less satisfaction at work and increased intentions to quit their current jobs in response to their unpleasant experiences.”

We all know that people leave bosses and not Jobs. But bad bosses could be of either gender! It is the job of the HR management to have a robust system in place to keep a check on any inappropriate behaviour from either gender to prevent job exits.

Women who have bad experiences with female bosses, must try to have constructive conversations with them and clear misunderstandings. If these conversations don’t lead to a change in behaviour, it must be reported to their HR representative. Let us as women not go around making claims against women bosses in general because of a few incidents. The world is just looking for reasons to say, “Women don’t like women”. We should be responsible and not add fuel to the fire, because we may be in positions of power ourselves soon!

Women bosses also must take a leaf out of the ‘boy gang’ culture and not be shy of showing solidarity and support to subordinates and colleagues of their own gender.

We have had generations of feminists through history who have fought for women’s rights. There are several movies like Hidden Figures that showcased beautifully how hard women have had to fight the system to do “the work that men did”. Hey, we can proudly say that it took a woman to figure out how to work the first IBM Computer! Let us make sure that their efforts did not go in vain.

Today we have leading actresses from the Hindi Film Industry such as Vidya Balan who wonders why a woman can’t just focus on her work without having to come home and cook as well. Another actress, Sonam Kapoor laments the patriarchal society and how it doesn’t allow her, even from her privileged position to get enough funding for a mainstream movie that focuses on female friendship. We also heard Frances McDormand (The Best Actress in a Leading Role for Three Billboards Outside Ebbing, Missouri at the Academy Awards, 2018), speak about adding and adhering to the “inclusion rider” in contracts at her Oscar speech. There are so many more challenges that we feminists need to overcome. Women must present a united front or our fight for equality shall lose steam. Without more women in decision-making positions, how will we win the battle for equal pay for equal work?!

The generations of women before us had to fight. Our generation is trying to survive. Let the coming generation be filled with women who are allowed to just be.

Let us work towards a brighter tomorrow where a comparable number of evolved men and women work together. They only focus on getting things done together and work allocation is based on talent alone with gender having no role to play. This would lead to healthier workspaces with lesser issues. And that’s the only way we will not need “Inclusion Targets” in companies and “Inclusion Riders” in Hollywood.

To all the readers of Women’s Web, let us pledge to always support all the women we know. Let us pledge to not be or propagate in anyway the stereotype of the ‘Queen Bee’. That’s how we ensure that the Queen Bee stereotype goes extinct. As for the Queen Bee in the hive…she doesn’t need to worry because the hive actually is female-dominated with every bee consisting of the enviable structure of 1 Queen Bee and 100 female workers for every male drone!

Top image is a still from The Devil Wears Prada 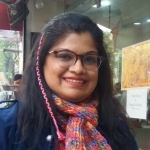 Like any other writer, I am always on the lookout for those golden words that

The King Is Dead, Long Live The Queen! #ShortStory