Don’t Miss Out On Any of Our Best Reads, and Contests. Register Now!
Crime & LawFitness & WellnessReadSocial Issues

While keeping in mind our comfort during periods, what about thinking how sustainable menstruation practices can do your bit for the environment?

While keeping in mind our comfort during periods, what about thinking how sustainable menstruation practices can do your bit for the environment?

I don’t really know if you grew up as an Indian tween or teen during the late 90’s. Well, I did, and I vividly remember those ads which tried hard to brush over hygienic practices during menstruation. Yet they chose to maintain the hush-hush tempo of a very natural life process by deeming it for “Un dino mein” (“During those days“). The voice over, all the more, used to protect the so-called sanctity of menstruation, by specifically hushing the tone of this phrase. Right from using those choicest privy phrases then, to hurling commercials featuring models now pulling off trekking expeditions on their period.

Beyond the shadow of any doubt, disposable sanitary napkins have made many of our lives lighter (pun intended). There have been several mums who switched to the revolution in order to make the most ‘awaited yet icky’ transition phase for their daughters hassle-free.

You’re all set, carrying the pads well in advance as you expect your ‘monthly visitor’, and thank yourself for that when you suddenly start ‘chumming’ elsewhere but home. So you hail this spongy pad as that heavenly bit of convenience you tuck in your underpants. ALL FINE. To be honest, I’m also that person who has had problems with the pharmacist smothering the pack of these pads with at least 2 covers of newspaper finally cowled with a black plastic bag. The mindset behind all this. DUH!

Thankfully, things are changing pretty fast in metro cities like Bangalore, where I live. It’s a heartening thing to see girls & women asking for a pad loud enough that the pharmacists now don’t depend on their coy body language or lip movements as their cue to give it to them. Phew! 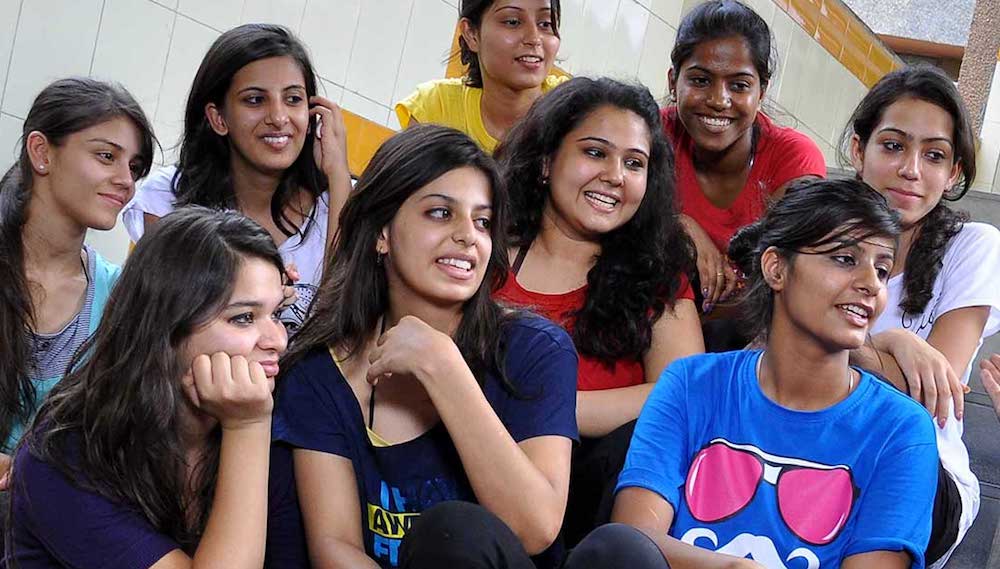 And that prompts me to talk about some really dark facts about our menstruation & pads, particularly in India.

Do you know what made that girl in one of those ads dry out an entire swimming pool with her pad? (I know you’re just about to bash me left & right, assuming I took it for real!)

Do you know where your sanitary pad goes after you dispose it?

And to our horror, it is pretty much ending up somewhere like this. 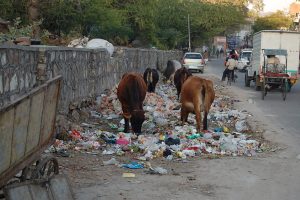 Unfortunately, in India, the entire task of scavenging is manual. Right from the door-to-door collection of garbage to the segregation & the final dump/incineration or any further processing. Almost none of the scavengers even wear masks & gloves. Neither do we segregate our waste mindfully into wet, dry (including plastic discards), abandoned fabric & biomedical waste. 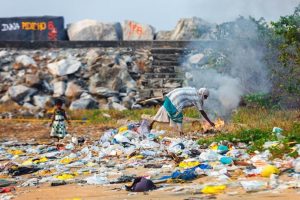 That’s right! Biomedical waste is how the government guideline classifies things such as sanitary pads, used earbuds, blood-soaked bandages & condoms. Because, all of our body fluids or refuse when dealt with bare hands, or are dumped into landfills, open doors to life-threatening infections & diseases to the  workers associated with the task of handling the garbage. These are also ingested by stray animals & birds. Chokes them up big time! They, too, die due to infections.

So, what do you do to make your pad less hazardous?

NO! You’d never ever want to call a plumber someday soon to clear the blockage down your commode, which your feminine waste clogged real bad. Would you? 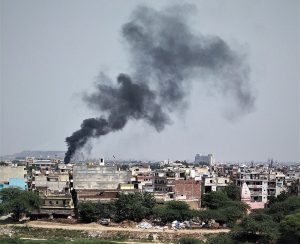 Most of these commercial pads contain crazy chemicals in the name of ‘absorbent gel’ & bleach, which release carcinogenic toxins & vapors into the air when burnt. The same goes with incinerators that often lack the infrastructure to neutralize & reuse the harmful by-products from incineration. This, practice is, though, followed in many foreign countries quite discriminately under a controlled, systematic environment; which makes sense.

None of them really resonated with the smart & responsible version of you. Right?

THEN, how do you get into sustainable menstruation?

I’d press over the word “THINK”!

Wash the used sanitary napkin under running water to rinse it from the blood & squeeze it. Alternatively, you could disintegrate the pad to strip it completely from the net-woven plastic covering. All you’d be left with is the cotton; wash it & squeeze the water out. Dispose the plastic parts into the plastic garbage bin/bag. There’s perhaps no need to make room for disgust as it’s been your own fresh blood. Pack it into at least 2 newspaper layers of cover & either mark it with a RED CROSS; or put this into a separate PINK or RED COLORED BAG. Make it obvious for the scavengers to identify this as biomedical waste.

So, before your pad becomes a dreaded vehicle of infections to somebody at the other receiving end, you’re clearing it up.

There are a few sanitary pad manufacturers which produce 100% biodegradable pads. Meaning they are easily decomposed upon burial & incineration, both; & hence, do not contribute to environmental waste.

When it comes to menstrual alternatives, the concept of reuse & recycle sees terrifying practices by those women who DON’T use sanitary pads to deal with their periods. We, particularly, refer to the rural women population who’ve always seen menstruation through the stigma of shame, isolation, bad omen, impurity & what not! The very beautiful natural process that makes you able to have your offspring is considered evil. Menstruation faces the level of disgust that even shit stops feeling filthy or denigrated.

Appallingly, like we’ve heard lately, these women use dirty cloths even unworthy of becoming hand mops. Many of them resort to cement bags, rags, hay & every wacky thing you couldn’t imagine of tucking into your underwear. If it’s a cloth, it doesn’t see the sunlight when put for drying. Sunlight, which is the most inexpensive sterilizer every human can afford. This very well explains the high incidences of RTI’s (Reproductive Tract Infections) among these women. 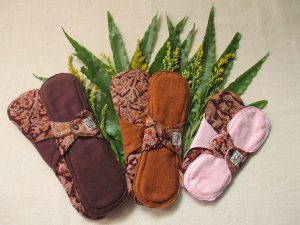 There are various affordable brands of reusable cloth pads available online today. These are crafted to resemble the design of the conventional sanitary napkins, can be maintained well if washed with utmost care & hygiene. These cloth pads too boast of good absorbency & placement. However, they need to be washed with warm water & call for sun drying. 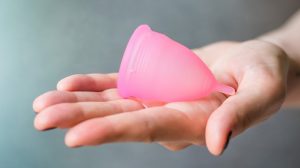 Menstrual cups, are another hot cake today when it comes to sustainable menstruation. Many of my friends have taken to the switch quite positively despite the various apprehensions surrounding the usage of menstrual cups. Most of the women (& not just my buddies!) have only had nice things to say about them.

Now, wouldn’t you be proud if your period isn’t being the reason of reek it presents before people who are as human as you are, and can descend into the jaws of death or terminal diseases just like you? What could be better than helping  to create a much cleaner environment while not compromising on your health? 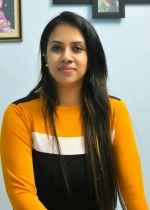 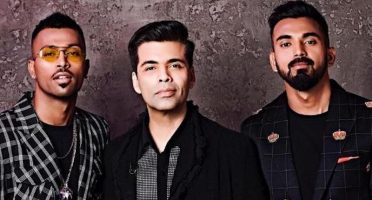 View All
No More Guilt: Exploring The Ways In Which You Can Shed Mother's Guilt
Steps To Landing Your First Writing Job - Want To Be A Content Writer?
What Are The Essentials Of Being A Good Content Writer?
Women At VMware - Meet Ipsita, Inside Sales Representative At VMware India
Women of VMware - Meet Afifa Hasan, Enterprise Sales Account Manager for VMware India
Women Of VMware - Veena Chandrashekar, Director, Inside Sales Practice
For Young WomenSocial Issues

Have you ever wondered why women hide pads? If yes, then you are not alone. This viral tweet sums up the emotions of every woman.

Have you ever wondered why women hide pads? If yes, then you are not alone. This viral tweet sums up the emotions of every woman.

Since the movie Padman, people seem to be more open to talking about menstruation. Still, the ground reality is something that only women are aware of.

It is important to talk to your boys about periods. Actor Renuka Shahane tells you why in this powerful post. 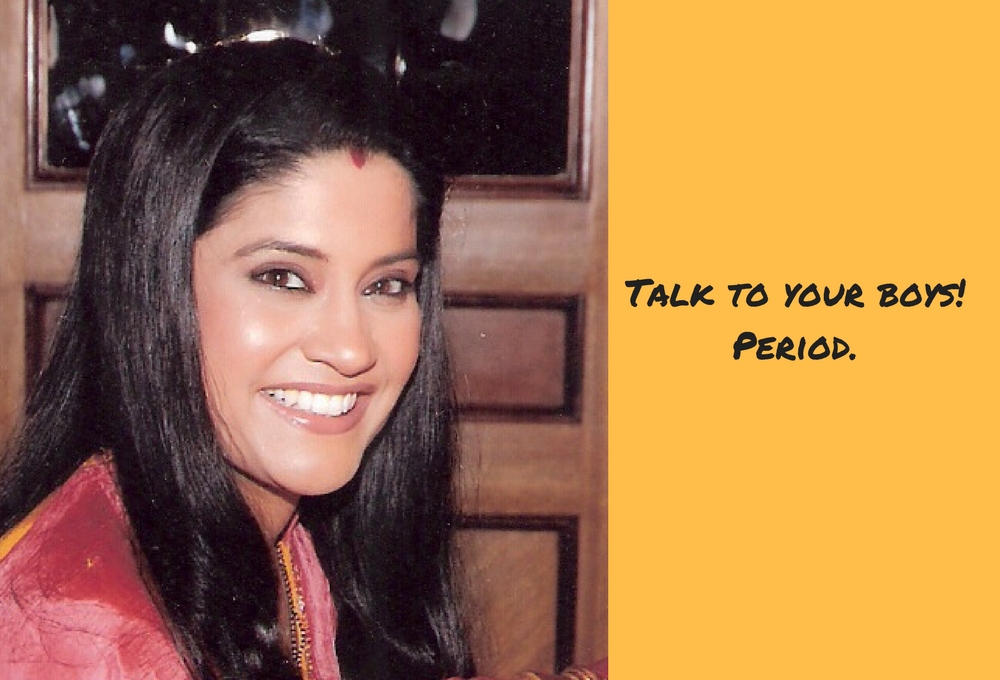 Talk to your boys about periods. Even about the mood swings. Actor Renuka Shahane tells you why in this powerful post.

“Mujhe aapse kuch kehna hai! kaise kahoon…..” is what actress, activist and journalist Renuka Shahane said in an advertisement for a leading sanitary napkin brand, in which she modelled many years ago. This question reflects the dilemma most Indian women face when they go to buy sanitary napkins every month.