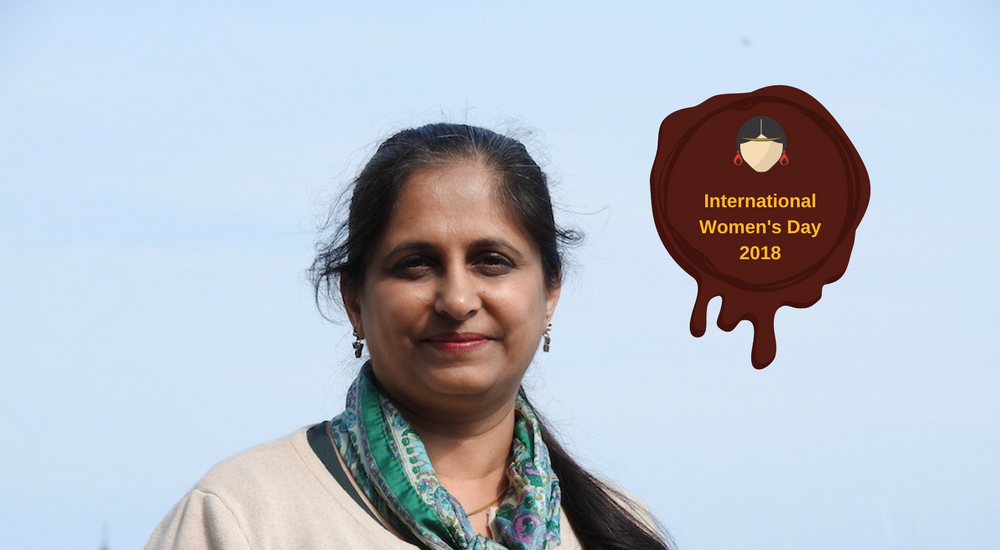 Namita Waikar works with PARI to preserve the cultural heritage of grindmill songs, that is dying out with the older women of rural Maharashtra.

There are a large number of extraordinary, committed women who do stellar work to make a difference, despite the hardships involved. Among them are countless unsung heroes who do not make headlines, but quietly go about their work, bringing about the necessary transformation, one day at a time.

Today, #InternationalWomen’sDay is a day to take stock of the progress in women’s lives. The theme for this year is #PressforProgress. On the occasion of International Women’s Day 2018, we showcase 4 such remarkable women, one every day, doing work that has got them on-ground results.

Life, they say, is unpredictable. No matter where we start, life has the tendency to eventually land us where we are meant to be. How else can one explain a biochemist, changing course to work in software and project management, only to end up working on preserving a cultural heritage unique to our motherland?

Meet Namita Waikar, writer, translator and Managing Editor of the People’s Archive of Rural India (PARI). The lady who manages PARI’s translations programme with translators for Hindi, Urdu, Marathi, Tamil, Kannada, Assamese, Bengali and Odia; and is also working on doing the same for other languages – Gujarati, Kokborok, Telugu and Malayalam amongst them. 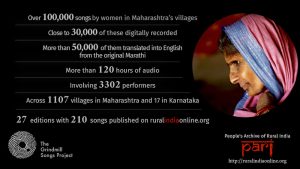 Today when grinding stones are rarely seen in homes, and the act of grinding grain on them is fast becoming a thing of the past; Namita and her team at PARI are working towards preserving these songs sung by women while at this daily chore and making them available to more and more people across the globe, by digitally recording these songs, and collating a database where the songs are duly translated and made available for your viewing/listening pleasure. Full of life and rife with wisdom, these songs, handed down through collective memories of generations of women, provide a classic insight into the world of rural Maharashtra.

“These songs tell us so much,” says Namita, “about the life in villages and the universal realities of life and society.” The songs cover a wide range of themes, “from unequal land ownership to caste oppression; from childbirth to the loss of a child; from marriage and family to poverty, history, religion and politics!”

A keen observer of human nature, Namita loves writing, especially, writing about ordinary people, their lives and the issues they have to deal with, just to survive. “The women who sing the grind mill songs or ovya are among such people,” she says.

But Namita was not always working in the social field. Much before the Grindmill Songs Project, Namita was a biochemistry major working for a pharmaceutical company, in their factory in Taloja, near Panvel. It was here that her people skills were tested and fine-tuned, when in her early twenties, she was the supervisor for men who were much older than her. Naturally, a good amount of bullying and insubordination was in order. But with tact and perseverance, Namita eventually earned their grudging respect.

Five years down the line, Namita took a career break to be with her child during the early years. However, the urge to do something in what little spare time she had, saw her enrolling for a part-time course in software and project management. It was something she was interested in; and also, like most mothers looking to get back to work after childbirth, Namita thought that this course would open more doors for her when she was ready.

And so it was, that in her early thirties, Namita started as trainee software programmer, reporting to a project leader who was (ironically this time) much younger to her! But of course, she made a successful career of a good fifteen years in that field!

Speaking of the time, Namita says, “I enjoyed every bit of my career in software projects and learned about how different business processes work. My assignments were in different areas – from manufacturing to banking to card payment systems and in different functional areas – the experience taught me how to manage time, people and expectation while working within the given limited resources and motivating teams to get the best out of each member.”

Around this time, after a family move to Pune, while helping her husband in setting up his own chemistry databases business, Namita began writing short fiction and poetry. She also began exploring the idea of writing a novel.

The beginning of PARI

It was the research for her book that led Namita to Magsasay Award winning senior journalist, and former Rural Affairs editor of The Hindu, P. Sainath, who would, in a few years found PARI.

“Sainath asked me if I would like to pitch in with the preliminary setup activities [of PARI],” Namita recalls. “He wanted someone to work on all kinds of things that go into setting up an organisation – something that most young journalists would not be good at or interested in doing.”

And so, Namita became a trustee of the CounterMedia Trust through which PARI functions.

“I handled emails from volunteers six months before the launch and the numbers kept increasing.” she says of the early days. “When PARI was launched in December 2014 and I was appointed as managing editor, I took it as an honour, a challenge and a big responsibility. I still do. It meant I could use my experience of so many years and utilise it to build an organisation like PARI, along with all the other volunteers – journalists, writers, editors, photographers, filmmakers, techies etc.”

Talking about how she came to be connected to the Grindmill Songs Project, Namita says, “I [had] heard the jaatyavarchi ovi as part of folk music in Maharashtra. I got involved in this project because of my own interest in Marathi to English translation and because I happen to live in Pune.” 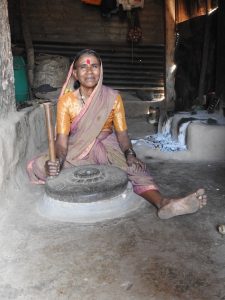 After the founders of the project, social scientist Guy Poitevin and Hema Rairkar passed away, the original team that started the Grindmill Songs Project (do click on this link to watch these songs) was led by Bernard Bel, an ethnomusicologist from France. Bel was looking for new sources to fund and take the project forward and they decided to approach Sainath as they felt PARI was the place for this magnificent project, to preserve it, and to bring it to a larger audience.

“The jatyavarchya ovya drew me in.” Namita confides. “It was like an obsession for some time. I would listen to them for a few hours every day and read the translations, try to understand or figure out the context etc. The short bios of the singers showed how incredible they are.”

The Grindmill Songs Project had earlier received financial support from UNESCO, the Netherlands Ministry for Development Cooperation, and the Charles Leopold Mayer Foundation for the Progress of Humankind in Switzerland between 1993 and 1998. However, once PARI took over the translation work for the project, the next big challenge for Namita was to put together funds for the purpose.

“Finding funds is not easy.” she tells us, “We are managing this project along with all other work at PARI through individual donations. There are people who donate regularly, some others who are one-time small donors. All of this helps us to keep PARI going – but it is a constant and unending effort. I appeal to the readers of this interview to donate to PARI.”

Currently, Namita and her team from PARI visit villages in rural Maharashtra to reconnect with the singers who had initially recorded the songs through the 1990’s – when the original team wrote down the songs in Marathi. Out of the over 110,000 song transcriptions, the earlier team had recorded over 120 hours amounting to about 4500 songs on cassette tapes. Today, Namita’s team recaptures and digitally records some of these women on video, while also collating their life stories. 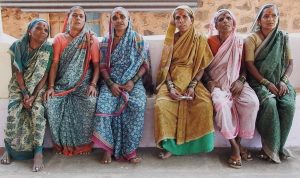 That isn’t an easy task either. Visiting villages some 15-20 years after a lady had originally sung the song; Namita and her team are sometimes lucky to find some of these original singers. Often though, they find that some of these women have passed away; in which case, their family members – their daughters/daughters in law – sing the songs for them.

“There are a total of over 3000 singers from over 1000 villages. In any village if we can find one of the singers, she often becomes our guide to locate other singers there.” Namita tells us.

The work of a lifetime

Namita sees the Grindmill Songs Project as “the work of a lifetime.” Speaking about PARI’s flagship project, Namita says, “We do want more and more people to listen to these incredible songs. We are exploring different avenues for both video and audio recordings of these songs so that they reach a wider audience.”

Recently, Namita was invited to the Jaipur Literature Festival where she spoke about PARI and the Grindmill Songs Project. For Namita, “it was a wonderful experience.” Speaking about the interaction during the Q&A, Namita says, “It felt great to interact with the people and talk about the value of women’s work, about patriarchy and how we need to work not only to reduce it but to destroy it. As a writer and a woman, it felt good to talk about issues that really matter to me with an audience of about 300 or more. It was an enriching experience.” 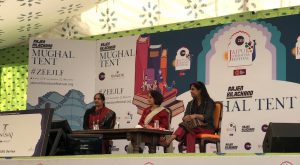 With her debut book coming out this year; more books in the pipeline, and her hands full with the Grindmill Songs Project at the moment, Namita has come a long way from the twenty-something biochemist who worked in the factory in Taloja.

Namita’s journey is an excellent example of how women, when they put their mind to it, can excel in their chosen fields. That they may make the most exceptional choices and yet, see them successfully through!