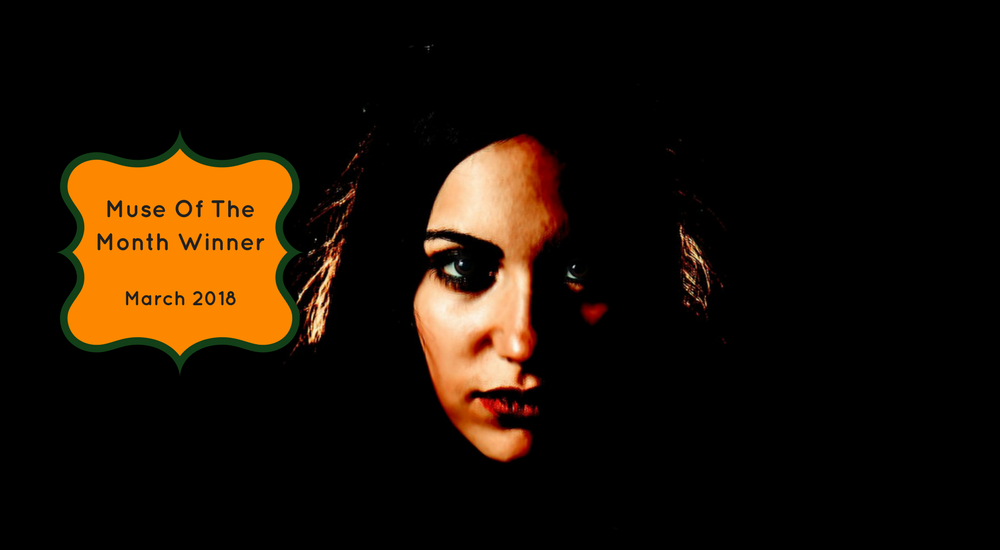 Lioness Out On The Streets

Mahima noticed just then that they had taken a route she was not aware of. “Uhh…where are you going?” She called out to the cabbie in as stern a voice as she could.

Our Muse of the Month series this year focus on stories that pass the Bechdel test, and are written on inspiration from a new prompt every month. This month, the prompt was “And Then She Rested”, and the story should pass the Bechdel Test, that is, it should have at least two well crafted, named women characters (we differ here slightly from the classic Bechdel test, in that we require these characters to be named),

The fifth winner of our March 2018 Muse of the Month contest is Aashisha Chakraborty.

Lioness Out On The Streets

The solitary light from the lamp threw an eerie shadow across the deserted road. The shops that lined it were closed now, shut for the night. A stray hawker was packing up and wheeling away his rickshaw filled with all the paraphernalia that helped him make a living. Mahima walked into the light from the street lamp, feeling like she was in focus. A slight unease passed through her petite frame. She was reminded of the trigonometric math problems where the length of the shadow of the street lamp was given in addition to the distance of the watcher and the student was asked to calculate the length of the lamp. Ah, those were the days when math problems used to be the biggest scare in one’s life! Today, though, there were many more things to scare Mahima in the dark deserted streets of Delhi.

Her phone rang just then, jolting her out of her reverie. Mahima pressed the green button even as she continued walking towards the abandoned street.

“Where ARE you??” A frantic voice blared through the phone.

“I told you Preeti. I would be late today.” She spoke in a quiet voice that seemed to hold more confidence than she felt in herself.

“I am heading home, buddy.”

Mahima knew Preeti would freak out, but she was glad that there was someone in this city who cared about her whereabouts.

“Really Mahima. They should have given you a car or something. I just don’t understand why you work for those stingy sons of—”

“Okay, that’s that. Now, let me come home and you can tell me what you think of my employers.”

“No, I won’t put down my phone till you reach home and knock at the door.” Preeti sounded adamant.

“At least let me book a cab first! How will I do so if my phone is engaged?”

Reason forced Preeti to cut the connection and Mahima opened up her app to book a cab, hoping against hope there was one nearby.

Mahima and Preeti had met long back in college. Both the girls hailed from different cities and had come to this big metro to make their fortune. A day of exchanging jokes and canteen paranthas had sealed their friendship. Soon, they graduated not just from college but also from friends into flatmates. Their friendship was more like sisterhood and each one looked out constantly for the other.

“Hello? I am at Maharaja Agrasen Marg. Please hurry up.” Mahima spoke into the phone curtly at the driver of the cab. A gruff response in positive greeted her and the call was cut.

Mahima was an aspiring journalist who had decided that she would make it big, no matter what it cost her. That’s why she had wounded up here to get a story and perform a sting op on an MP that she was sure would help her get a break in the field. But Preeti, who worked in an MNC, although the same age as her, acted like her godmother, looking out for her at every moment, trying to protect her friend from harm. She knew Mahima was a daredevil. And that was precisely why she felt she needed to be protected from the consequences of her own ballsy actions.

In another five minutes, a wagon R stood next to her. As Mahima boarded it, giving the cabbie the go-ahead, her phone trilled again.

“Did you start from there?” Preeti’s voice broke through the silent din.

“Good, you stay online now. How far are you from home?”

“I just started. I am still as far as I was about 10 minutes ago. Really, Preeti, you fret so much.”

“I am not kidding. This was too much. I must put a curfew on your night-outs!”

“Don’t talk like my mother. Seriously, buddy, I am absolutely fine. You are worrying unnecessarily.”

“Will you stop creeping me out already?”

“I really think your department should have arranged for something.”

“Soon. Soon. Everything in good time. But till then, I need to put in my best efforts. And anyway, people go for parties all night.”

“Yes, but they don’t travel all alone. Plus you didn’t go to a party place. You were at a god forsaken place for a sting op where your life could have been in peril! So, please spare me your explanations!”

“Okay babe, I am sorry. I will take care from next time-” Mahima noticed just then that they had taken a route she was not aware of. “Uhh…where are you going?” She called out to the cabbie in as stern a voice as she could.

“Mahima? Hello? Is everything all right?”

“Yeah…I think so. I…I think I should check out the maps.”

Perhaps, it was the time of the night or Preeti’s incessant misgivings that was causing her this weird feeling of being taken for a ride. Mahima was usually one of the more gutsy girls who refused to give in to conventions that detailed women’s curfew timings. She believed in women roaming the streets at night and believed that the more they go out, the better it will be for the society at large.

Preeti and Mahima used to have daily arguments relating to whether women should go out at night and had had one just the day before.

“To put your life and safety on the line for a matter of principle is simply the most foolhardy thing I can think of.” Preeti had said.

“If every woman thinks like this, we would all be in much deeper shit than we are now.” Mahima had countered.

“Look, I get where you are coming from. I know you want to bring about a change. But I only urge you to be practical. To go all out, alone in the middle of the night, in one of the most dangerous places in the city just to get a story or maybe even make a statement is inviting trouble. I just feel you should heed precautions. And you can’t deny the fact that Delhi is unsafe for women.”

In all those debates, Mahima used to be vehement in her defense. She was certain that changes have to be brought about by women themselves.

But right then, as she cut Preeti’s call and proceeded to open Google Maps in order to ascertain whether they were on the right way or not, her courage shook and her resolve seemed to weaken. Had she in her hot-blooded youthful ideality made a terrible mistake? Should she have settled for a simpler story that could be captured in the daylight instead of rushing headlong into one of the most dangerous areas to get some footage? Had she sacrificed her safety at the altar of her career?

“Bhaiyya? Will you please tell me where we are headed? As far as I know, we need to reach Kalkaji and I am not sure this is the right way.” Her tone was steel. As steely as she could make it. She hoped she had something resembling a weapon with her. Something she could brandish at the cabbie or anything at all that could succeed in scaring him off. Of course, her pepper spray was with her. But would it be of any use if the cabbie had some gruesome plans for her? Plus she didn’t know how to drive. Having come to Delhi right after school and having stayed on to make her career here, she never got a chance to learn the skill. So, just in case, she managed to incapacitate the cabbie, she would not be able to drive herself either. Suddenly, Mahima could spot a hundred chinks in her armor of self defense. She wished she hadn’t been so cocksure of herself. She wished she had heeded Preeti’s advice.

Just then, the cabbie turned towards her.

“This is a shorter route, since the maps show that there has been an accident in that area, that’s why the detour.”

The hair was short; the face set in an expression that brooked no nonsense. The voice was still gruff, but an assuring kind of gruff. But far more assuring was the fact that the cabbie’s eyes were kohled and she wore a pair of studs on her ears that Mahima had missed before. She quickly checked the app to confirm the identity of the cabbie.

Any qualms she may have had disappeared poof! into the thin air.

When Preeti called her again this time, she cheerfully told her about the woman driving her cab.

And then she rested, knowing that she had nothing to fear tonight. Maybe change was a little slow on the uptake, but it was happening for sure. For once, her belief in herself and her resolve to make the streets safer for women had been bolstered by someone other than her. It was no longer just a dream. It was going to be a reality.

As she paid the lady cabbie the fare on reaching her flat, she realized she had a better story than the one she had initially gone for.

“Lionesses on the Streets of Delhi At Night”

Aashisha Chakraborty wins a Rs 250 Amazon voucher, as well as a chance to be picked one among the top winners at the end of 2018. Congratulations!

Aashisha Chakraborthy. A student of MBA(IB) at the Indian Institute of Foreign Trade, New Delhi, she has an eye for quirky details and breezes through life wearing a multi-colored lens. The winner of Times of India Write India Season 2 for Shobhaa De, she has written for various anthologies like ‘Defiant Dreams’ and ‘Mock Stalk and Quarrel’ by Readomania. Her articles have appeared in The Hindu and she has freelanced for websites like Being Cyrus. She blogs off and on at her online diary of sorts - ‘Mind’s Bin’ (mindsbin.blogspot.in).